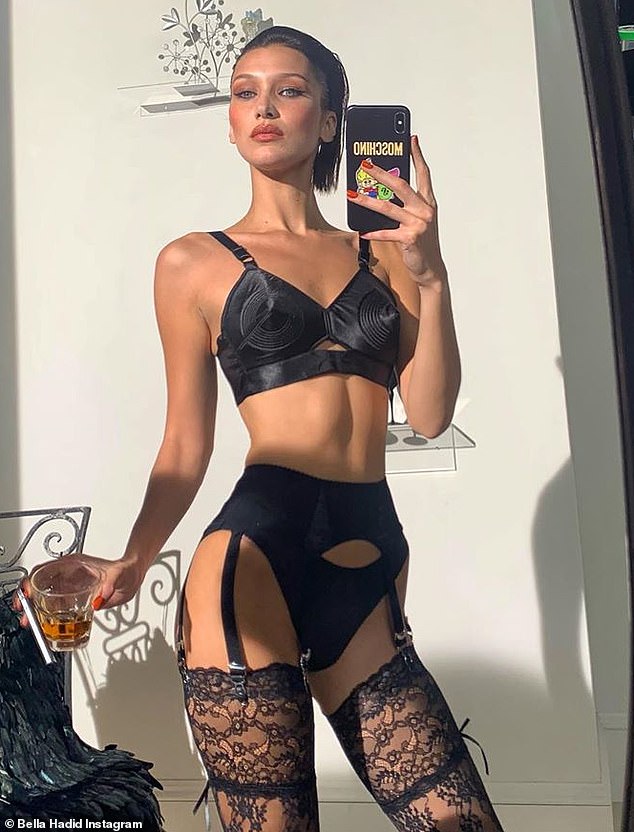 The 23-year-old beauty stripped down to her racy lingerie for a mirror selfie while posing with her drink.

Bella stunned in a triangular satin top that kept her modest.

Her incredibly tiny and taut stomach was on show and she teamed the look with a matching pair of panties. 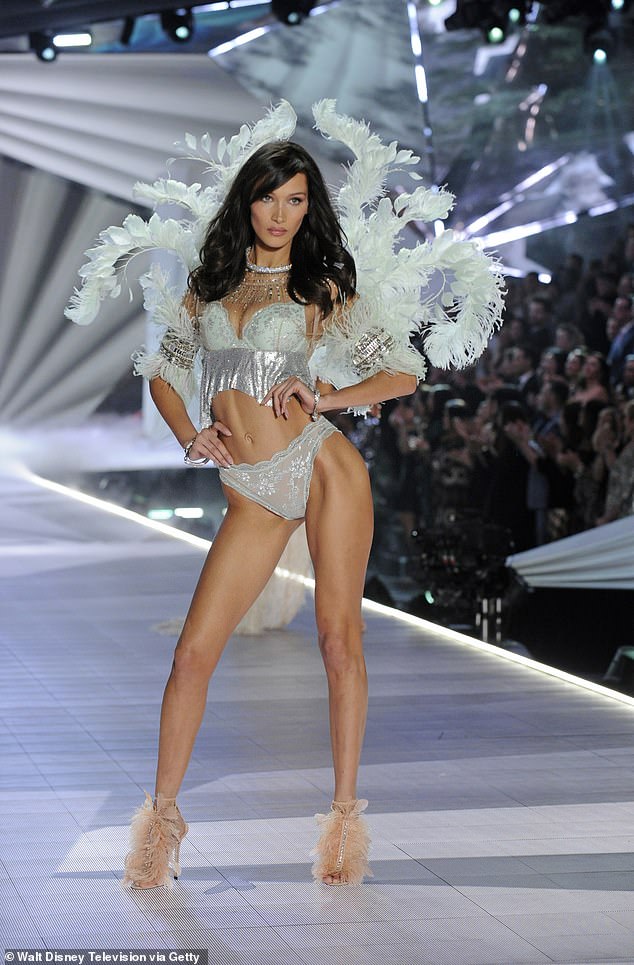 Bella added a lace garter belt with thin stockings that reached her thighs.

The supermodel styled her brunette tresses back into a high ponytail and her glam was kept dewy with very blushed cheeks and a plump nude pout. 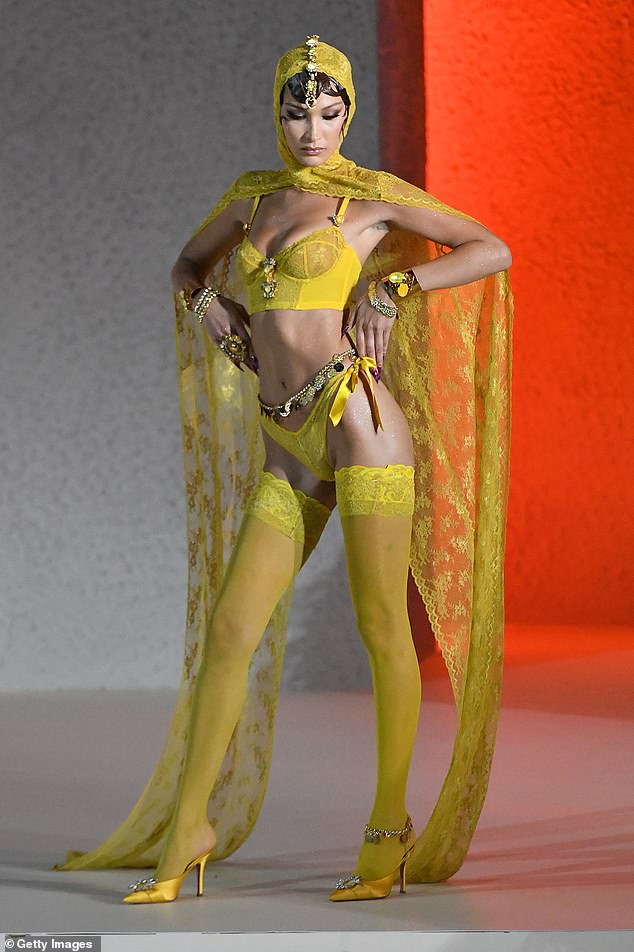 Her sexy underwear look comes after she recently revealed she ‘never felt powerful or sexy’ while posing in lingerie during the now cancelled Victoria’s Secret Fashion Show.

However, things changed for Bella when she strutted down the runway for Rihanna’s Fenty show at New York Fashion Week this September. 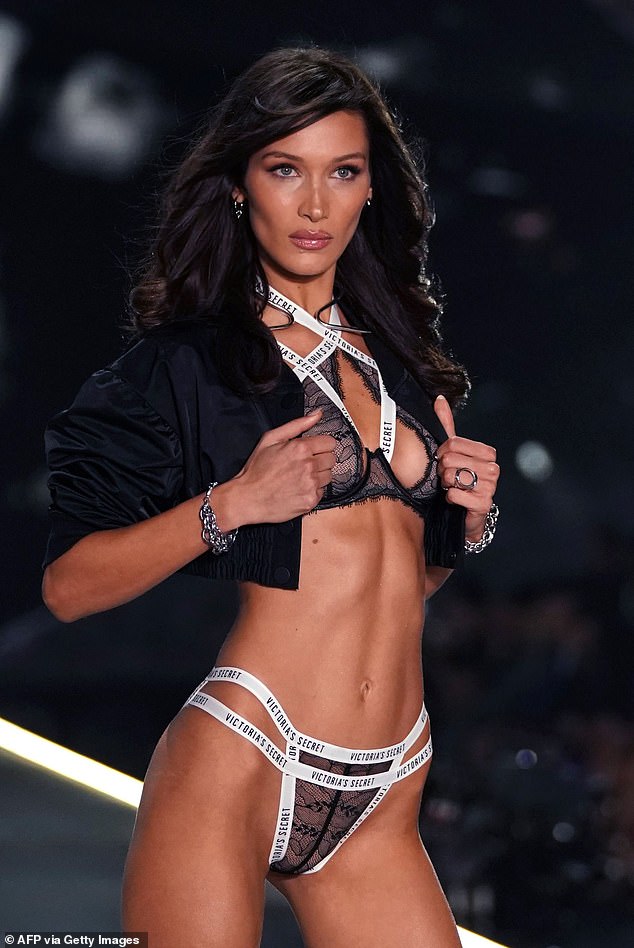 ‘Rihanna’s amazing. For me, that was the first time on a runway that I felt really sexy,’ said the younger sister of Gigi Hadid according to Women’s Wear Daily.

Bella walked the Victoria’s Secret Fashion Show the past three years – 2016 in Paris, 2017 in Shanghai and then 2018 in New York City.

But she shared that ‘when I first did Fenty, I was doing other lingerie shows and I never felt powerful on a runway, like, in my underwear.’

She made the remark onstage with film director Loic Prigent during an event for the Vogue Fashion Festival in Paris’ Hotel Potocki.

Bella felt emboldened by Rihanna’s instruction that she could do her walk however she pleased, she dished to the audience.

It comes as it was announced earlier in the week that the annual Victoria’s Secret Fashion Show had been canceled for 2019.

It comes a year after marketing chief Ed Razek saying that the brand would not cast plus-sized or ‘transexual’ models because the show is a ‘fantasy.’

He was rounded on by celebrities such as Halsey, who wrote on Instagram that she had ‘no tolerance for a lack of inclusivity’, just days after performing at the Victoria’s Secret show in 2018.