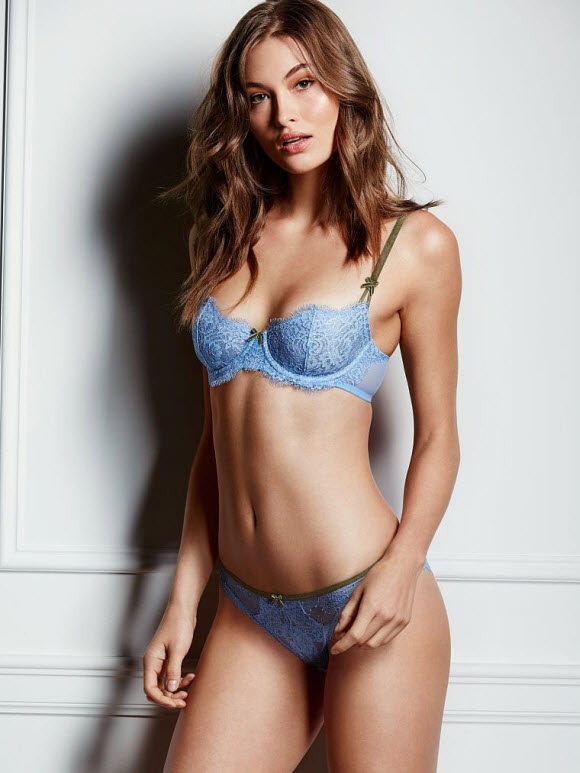 Grace Elizabeth Harry Cabe (born March 18, 1997) is an American model who first gained recognition for her work with clothing company Guess.  She began walking for the Victoria’s Secret Fashion Show in 2016 and became a spokesmodel for their PINK brand. In 2019, she became a Victoria’s Secret Angel.

When Elizabeth was 16, her mother sent her pictures  to Next Model Management in Miami. Her parents considered it a financial investment. Next subsequently sent her to work in their New York City division. In 2015, she started out her modeling career with print campaigns for Guess and Polo Ralph Lauren. In February 2016, she made her runway debut in New York walking for Diane von Fürstenberg; that same season, she walked exclusively in Paris for Miu Miu, having been hand-selected by Miuccia Prada. In June 2016, she started regularly appearing in editorials for American Vogue. In November 2016, she made her debut in the Victoria’s Secret Fashion Show and was announced as a spokesperson for PINK. She also walked the show in 2017 and 2018. In April 2019, she became a Victoria’s Secret Angel.

In 2017, she walked her first Chanel show. She closed the S/S 2018 show as well as the Pre-Fall 2018 show in Hamburg, Germany. She opened the F/W 2018 show of the brand. That year, she was photographed by Karl Lagerfeld for the Spring campaign of the brand. Elizabeth has also appeared in print campaigns for Versace, Michael Kors, Max Mara, Hugo Boss, Carolina Herrera, Tory Burch, Zara, Net-a-porter, Topshop and Gap. In May 2018, she was announced as the newest face of Estée Lauder.

She moved to New York at age 18. She studies nutrition through Kaplan University online. In September 2019, she became engaged.