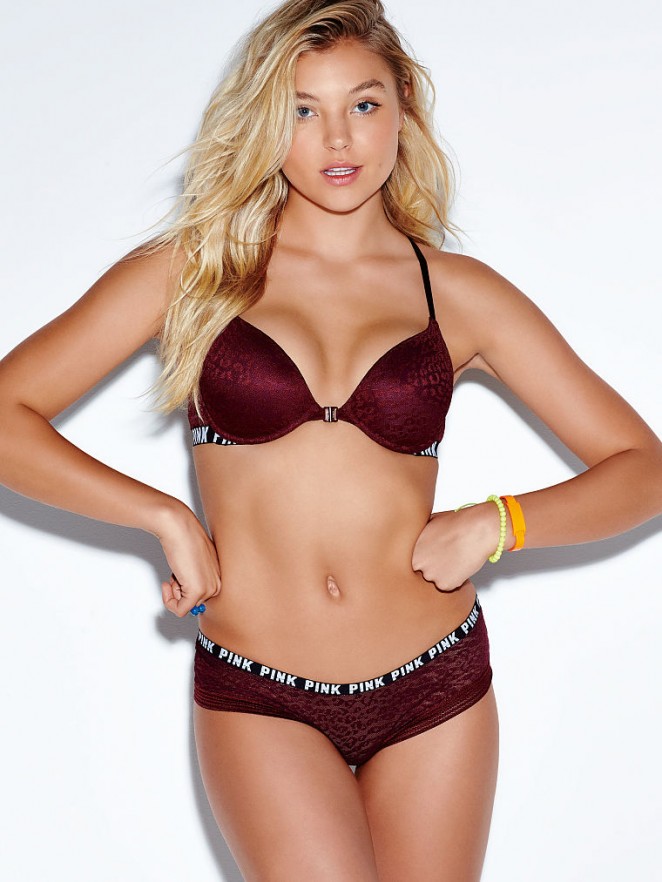 She is best known for being the official spokesmodel for Victoria’s Secret younger line, PINK as well as fronting campaigns for Urban Outfitters, Delia*s, Macy’s and Kohls. She has also been featured in international editions of many magazines, such as Cosmopolitan, Elle and Marie Claire.

Hilbert grew up in Webster, New York, a suburb of Rochester. Hilbert modeled locally in her youth, until her mother brought her to New York City during spring break of her sophomore year in high school to audition for various modeling agencies. Hilbert was a competitive high school skier and dancer at Webster Thomas High School, where she graduated in 2013.

In 2015, she starred in one episode of the TV series Younger, where she played a minor character alongside Nico Tortorella, Hilary Duff and Sutton Foster. Earlier the same year, she had hosted a Spring Break event for PINK with Gigi Hadid and Cody Simpson. She was also featured in Brett Eldredge’s Lose My Mind Music Video in which she played a nurse.