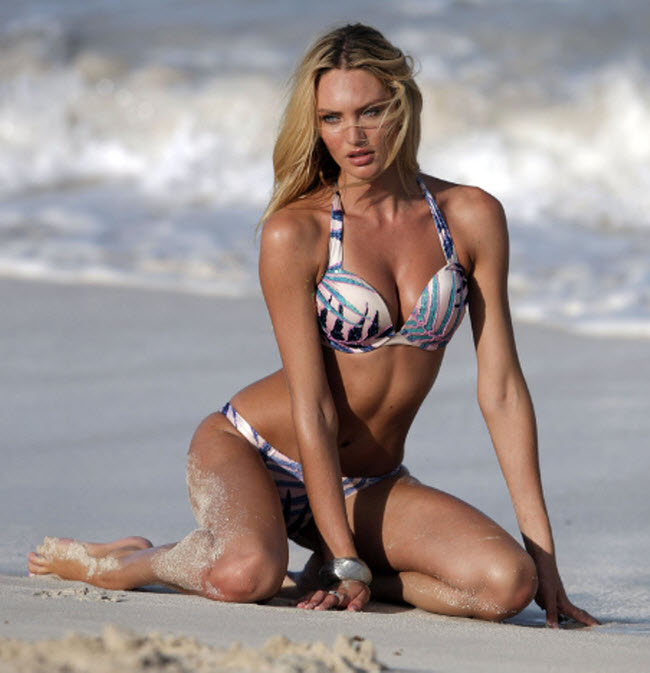 Tropic of C founder/creative director Candice Swanepoel found a sexy way to promote the latest from her eco-conscious swimwear brand on Monday.

The 34-year-old South African stunner – who boasts 19.7M social media followers – uploaded a bikini-clad TikTok of herself posing to Weezer’s 2001 song Island In The Sun.

There was not an inch to pinch on Candice’s sculpted, phenomenal 5ft9in figure.

Swanepoel was modeling the $170 ‘Rio’ bikini set in raisin from her sustainable line.

‘When I started [Tropic of C in February 2018], I wanted the line to be something I could be proud of from all angles, not just adding to the problem,’ the Lions Model told The Daily Front Row last year.

‘I want to leave the world a better place, not worse. I feel we need to be an example for our children; everything I do I want them to be proud.’

Speaking of which, it’s hard to believe Candice has two sons – Ariel, 4; and Anacã, 6 – from her 13-year romance with ex-fiancé Hermann Nicoli.

Swanepoel and the Brazilian 40-year-old model – who met when she was 17 and he was 23 – officially ended their three-year engagement in November 2018.