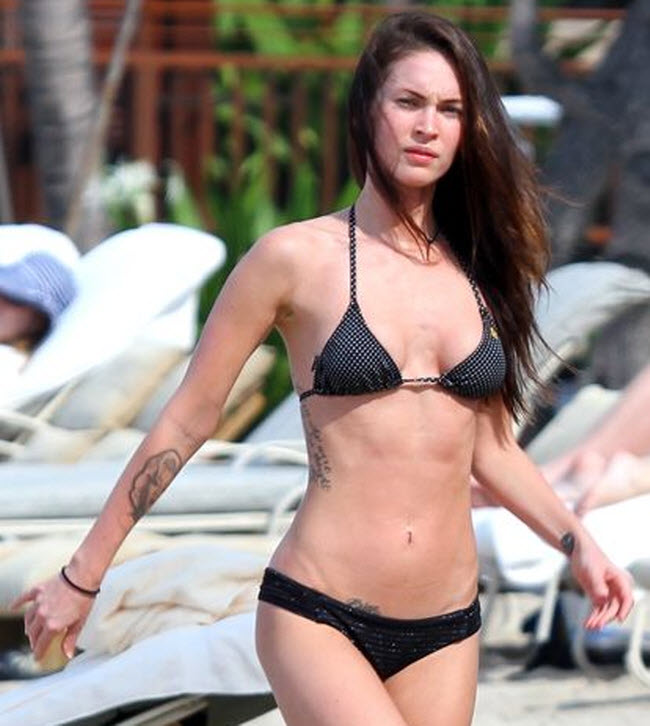 Megan Fox has slammed a social media troll who said she hadn’t shaved her bikini line in a new series of snaps shared on Instagram.

The Transformers actress, 36, posted a carousel of behind-the-scenes pictures from her recent Halloween shoot with her fiancé Machine Gun Kelly.

She posed topless as she showed fans how she got into character for one of her less controversial costumes for the spooky season.

The couple, who got engaged in January, transformed into ‘sexy elves’, posing with pointy ears and Renaissance-style clothing.

In one of the pictures, the side of one of Megan’s intricate tattoos was visible near her bikini line – and one fan mistook it for an unshaven patch.

Megan was quick to shut down the hater, she replied: “Are you mistakenly referring to my tattoo?”

“Either way I’m devastated to be off your list. Was hoping you’d wife me,” she added – much to the delight of her fans who loved the comeback.

One replied: “That’s haters. they can’t find anything bad so they become creative with bulls**t.”

Another added: “As if Megan Fox would give two s**ts about being off your list. She’s a queen. Get a reality check.”

Supporting Megan, a fourth said: “First off, @MeganFox would still be drop-dead gorgeous covered in body hair.” Another called the troll a “sad and pathetic soul”.

Directing their comment towards the hater, they said: “Get off your high horse dude you’ll never even be close enough to see one hair on her body.”