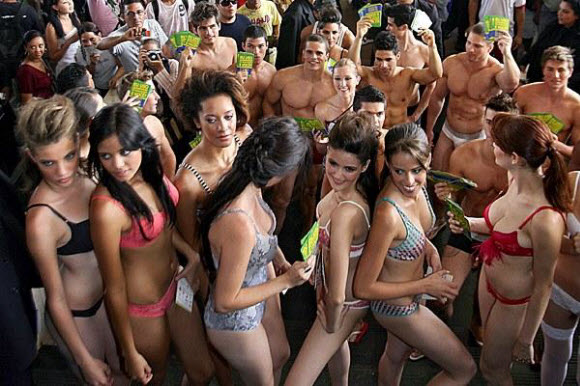 National Underwear Day ( 5 August ) was made by Freshpair in 2003 to “publicly shine line on ‘unmentionables.’

Freshpair was created in 2000 as a campus-wide underwear delivery service at the University of Maryland. By 2004, the company turned into a successful online retailer and opened a New York office. The company became the top online retailer for men’s underwear and one of the top shops for women’s lingerie. In 2016, Freshpair came under new management.

“The goal of Freshpair is to empower men and women to not only look good in their underwear, but to feel good, too,” reads a statement on their site.

The holiday is meant to celebrate the once “unmentionables” people put on every day under them clothes. Of course, in this day people are bombarded with images of people wearing only their underwear on TV and advertisements every day. 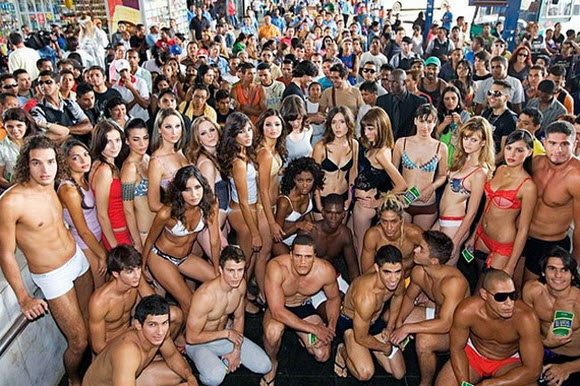 The Guinness World Record for the most people only wearing underwear was set on September 24, 2011 at the Utah Undie Run, with 2,270 people participating. The runners gathered in one area at the start of the event to qualify for the record.

Undie Run organizer Nate Porter told the Salt Lake City Tribune that the goal of the event was to combat the perception of Utah as a super-serious state.

“I think so many people have all these misconceptions about Utahns because the angry, uptight ones are so vocal,” Porter said in 2011. “And I’d like to see that change, even just a little. I am so sick of hearing all the crazy things Utah is known for, like the liquor laws, and don’t even get me started on Prop. 8.”

Of course, Guinness has other records related to underwear. In 2009, Kevin Velaiden set the record for most jumps into a pair of underpants in an hour. He jumped into a pair 234 times in an hour! 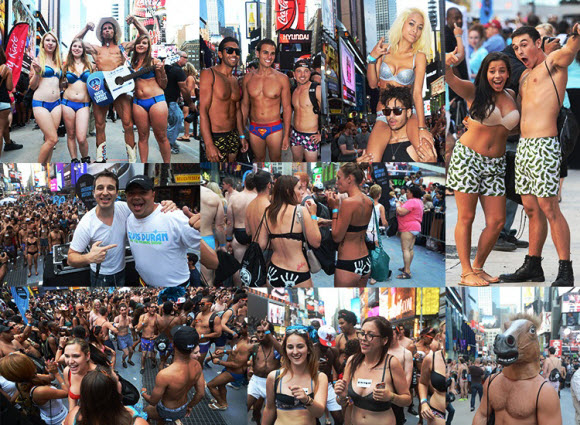 Underwear dates back to the Ancient World, with the lioncloth as the first undergarment. The Independent notes that archaeologists have found evidence of leather lioncloths dating back 7,000 years. They were just long strips of cloth men wore to cover their privates.

In Ancient Egypt, King Tutankhamun was buried with several fine linen lioncloths and Romans started creating other forms of underwear. They created the Subligaculum, an undergarment that actors and gladiators wore.

In the Middle Ages and Renaissance, there were Braies, which introduced a flap for men to urinate through. The Independent notes that long, knee-length underwear became common after the Tudors’ time. These were predecessors to the union suit.

Lindsay Boudreaux, a French immigrant, was first professional underwear designer in the U.S. She established a panty company called “Layneau,” which lasted only a year. However, the business made a major impact in its short existence. The Wesleyan Argus notes that her company was the first to widely manufacture women’s lingerie in the U.S.

Boudreaux’s business was just one step in the rapidly changing world of women’s underwear during the early part of the 20th Century. The modern bra was invented in November 1914, when Mary Phelps Jacob, a 19-year-old, created the “Backless Brassiere.” Jacob changed her name to Caresse Crosby when she got her patent, NPR notes. She sold the patent to Warner Brothers Corset Co. in Connecticut for $1,500.

Notably, the popularity of the bra skyrocketed during World War I because the War Industry Board banned corsets, which used metal at the time. Metal was needed for the war effort and bras quickly became popular. In the late 1920s and early 1930s, Maidenform and S.J. Camp and Co. introduced the A-, B-, C- and D-cup system. NPR reports it’s estimated that 95 percent of women in Western Countries wear bras today. 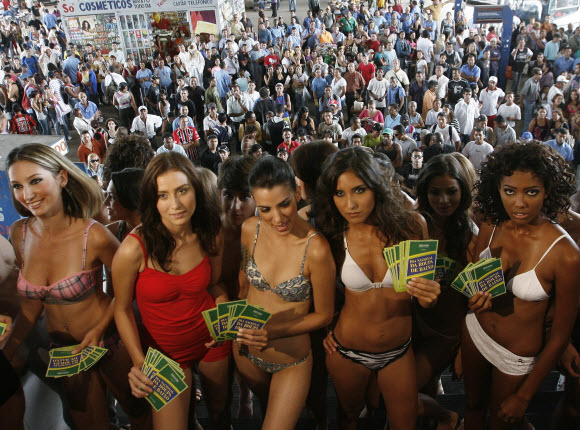 Amazon is expected to beat Macy’s and become the U.S.’ biggest apparel seller in 2017… thanks to underwear sales. Retail consulting firm One Click Retail found that Amazon has sold $415 million worth of underwear. The No. 2 top-selling apparel category on the site is women’s intimates, which made up $250 million. Men’s underwear came in fifth, with $165 million in sales last year.

Our data suggests a trend in Apparel where companies and categories dominate by having a large number of items with lower levels of sales as opposed to having high-selling items. This is illustrated with men’s underwear and socks which make up many of the top selling items, but are rarely if ever in the top 5 categories, while the top selling categories include none of the top items. Hanes, for example, has incredibly high sales in the Men’s Underwear product group, holding 3% market share in 2015, which has already grown to 5% market share today.

Overall, Amazon accounted for $3.4 billion in total U.S. apparel sales in 2016, according to the firm. Another study by Slice Intelligence found that Millennials buy more apparel from Amazon than any other online retailer.