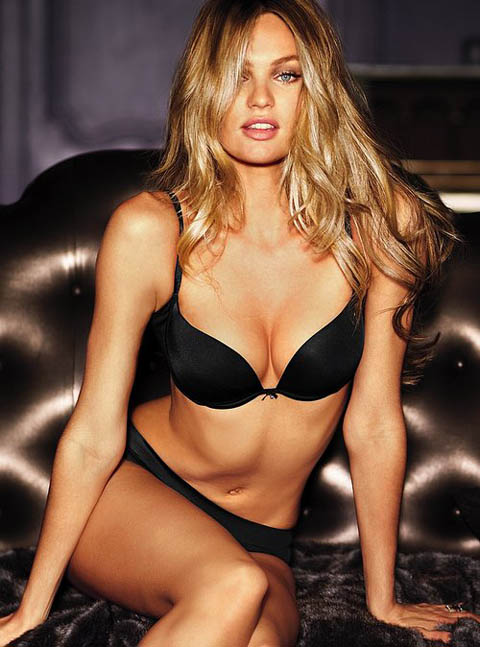 Candice Swanepoel (born 20 October 1988) is a South African model best known for her work with Victoria’s Secret. In 2012, she came in 10th on the Forbes top-earning models list.

Swanepoel was spotted by a model scout in a Durban flea market at age 15.

In addition to appearing in the lingerie brand’s commercials, she was a featured model in the 2010 “SWIM” catalog, along with Lindsay Ellingson, Rosie Huntington-Whiteley, Behati Prinsloo and Erin Heatherton.In 2010, Swanepoel became a Victoria’s Secret Angel. Swanepoel modeled for the Kardashians’ 2010 swimwear line. On 12 August 2010 Swanepoel officially opened the first Victoria’s Secret retail store in Canada, at West Edmonton Mall, Edmonton. In 2013, Swanepoel was named the cover model of the coveted Victoria’s Secret Swim Catalogue.

Swanepoel was born and raised in a small town called Mooi River in Natal Province, South Africa. She is fluent in Afrikaans and Portuguese, which she learned from her boyfriend, Hermann Nicoli, a Brazilian male model. She has been dating him since she met him in Paris when she was 17.