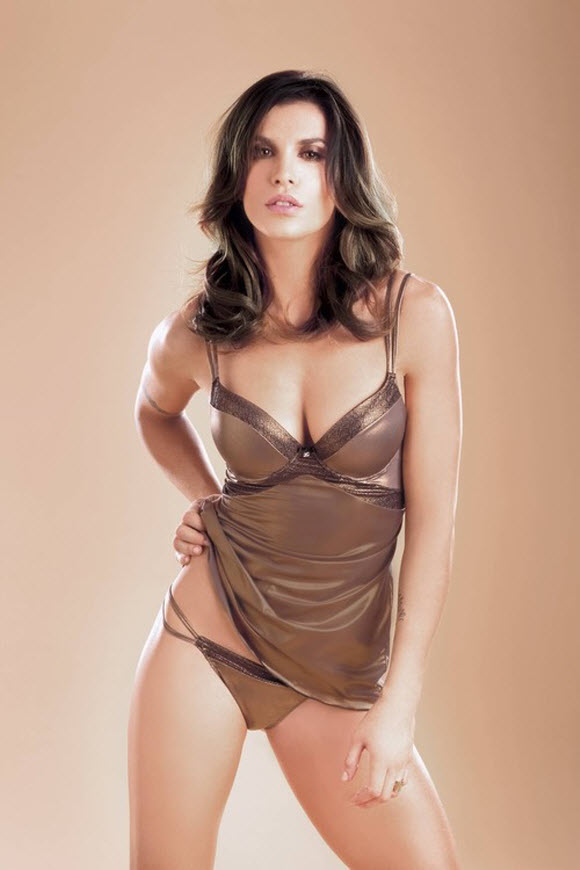 Elisabetta Canalis  (born 12 September 1978) is an Italian actress and showgirl.

Canalis’ father Cesare worked as a radiologist in University of Sassari’s clinic, while her mother Bruna was an Italian teacher.She has a brother named Luigi, who is also a radiologist. Canalis was educated in Sassari, where she attended the “classical” highschool (Liceo classico), and then moved to Milan to study foreign languages at Università degli Studi di Milano, though she never graduated because she started to work at the age of 21.

Elisabetta Canalis was a showgirl on the Canale 5 TV show Striscia la Notizia from 1999 to 2002. Canalis had minor roles in the films Deuce Bigalow: European Gigolo and Virgin Territory. In 2005, she replaced Michelle Hunziker in Love Bugs 2, the second season of the sit-com Love Bugs. In 2007, she co-hosted the annual Italian music festival, Festivalbar. In 2009, she replaced Elena Santarelli on the Italian version of Total Request Live, on MTV Italia. Elisabetta hosted the Trofeo Birra Moretti 2008, a summer football competition played between S.S.C. Napoli, A.C. Milan and Juventus.

In 2010, she played a recurring character in season 3 of the TNT series Leverage.

In February 2011, she successfully co-hosted the most important Italian song contest, Sanremo Music Festival with Gianni Morandi and Belen Rodriguez. She interviewed in the Festival Robert De Niro; The actor says also a funny “Ti amo” to Elisabetta.

Canalis appeared on the 13th season of Dancing with the Stars.She was paired with Valentin Chmerkovskiy and was the second to be eliminated on 27 September 2011. She was interviewed on the The Ellen DeGeneres Show in September 2011. She posed nude for PETA’s “I’d Rather Go Naked than Wear Fur” campaign in 2011.

She co-hosted for the second time the Sanremo Music Festival 2012 and acted with the singer Adriano Celentano in the role of “Italia”.

Elisabetta Canalis was featured in the 2003 Max nude calendar.

She has been a spokeswoman and runway model from 2006 to 2009 for the fashion brand “Hollywood Milano”.

After the first lady Carla Bruni she is the 2011 Lancia’s testimonial; she promoted in a spot recorded in New York the new city limousine Musa “5th Avenue”.

In June 2011 she appeared in a photoshoot of the Spanish version of Vogue, and in September 2011 in the Arabian version of Harper’s Bazaar. That same year, she modeled for the underwear of Roberto Cavalli.

Canalis was June 2010 cover girl for the third time on Vanity Fair. In the same year, she is, for Vanity Fair, the 4th woman most beautiful in the world. She has been also on 2010 the 7th most beautiful woman for Maxim and in top 50 for DT Spain magazine.

From 2012, became a spokesmodel for Pantene. In The Netherlands, she is a spokesperson for Auping. She was the covergirl for a June 2012 edition of Sportweek Dreams, a special edition of La Gazzetta dello Sport. The shoot was in Santo Domingo She appeared in a July 2012 advertisement for PETA.For Milano Fashion Week that year she modeled on the runway for Philipp Plein. and for the new collection of Miss Bikini.

She has been engaged in the past to a footballer Christian Vieri and film director Gabriele Muccino. Later she had short relationships with other football players Didier Drogba and Reginaldo Ferreira da Silva. Thereafter, Canalis dated American actor George Clooney for almost 18 months. The couple split in June 2011. On 23 November 2011, the couple were among 200 witnesses accepted by a Milan court in the trial of former Italian Prime Minister Silvio Berlusconi for allegedly paying for sex with an underage prostitute (Rubygate). Clooney, who was cited as a witness by the prosecution, stated that he only visited the Berlusconi’s residence on one occasion to seek aid for Darfur, and declined an invitation to stay. In 2012, she had a three-month relationship with the stunt performer and comedian Steve-O. In 2013 she is engaged with the italian actor Marcello Macchia.