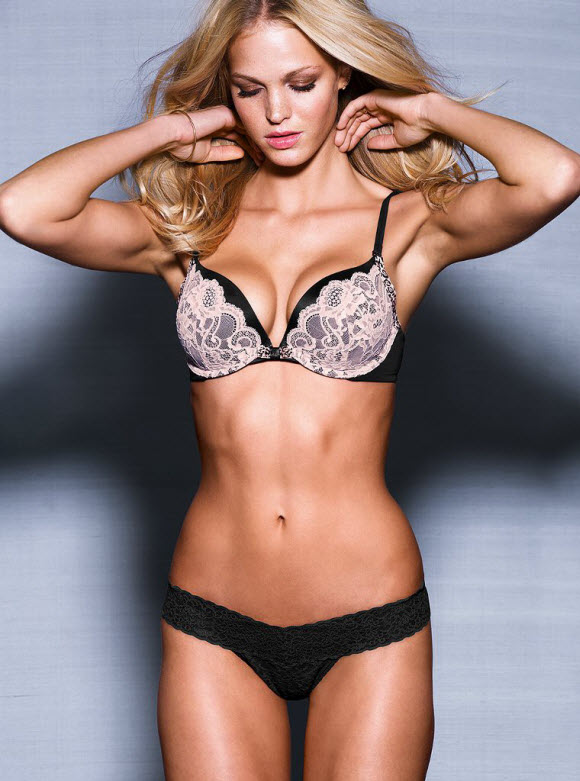 Erin Heatherton (born Erin Heather Bubley; March 4, 1989) is an American fashion model and actress. She is best known for her work for lingerie retailer Victoria’s Secret.

Heatherton was born and raised in Skokie, Illinois, the daughter of Laura (née Stein) and Mark Bubley. Her family is Jewish, and she attended Solomon Schechter Day School, a Jewish day school, as well as Niles North High School.

As of December 2013 Heatherton is ranked No. 15 on Models.com top 25 sexiest models list.

In 2013 it was announced that Heatherton left Marilyn agency to sign with IMG.