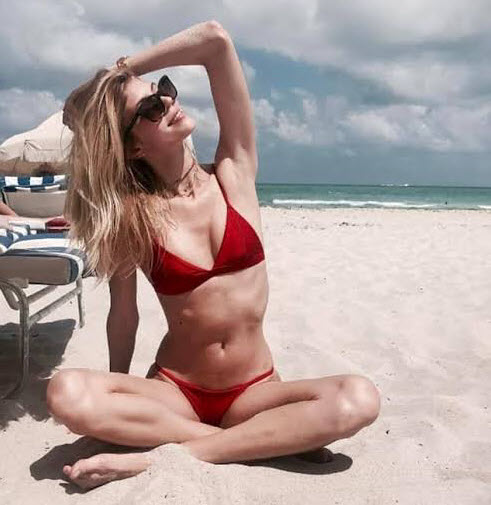 Devon Windsor kicked off her week with a sizzling new set of Instagram snaps that sent temperatures soaring on her page.

The upload was shared with her 1.8 million followers on Monday and included a total of three photos of the Victoria’s Secret model that were sure to get more than a few pulses racing.

In the Instagram update, Devon posed on the ledge of an outdoor pool that was built right in the middle of the ocean. It overlooked a beautiful, secluded beach that boasted clear water, white sand, and a sea of tall palm trees along the shore. The tropical scene was nothing short of breathtaking, but it appeared to be the bikini-clad bombshell that truly captivated the attention of her audience.

Devon slayed in a sexy two-piece from her own Devon Windsor Swim line that did nothing but favors for her flawless physique. The swimwear appeared to be part of the brand’s Resort 2020 collection that just launched last week. It was in the beautiful “Dark Red Floral” color and pattern that popped against her tan skin.

The model’s swimwear included a minuscule top that boasted a low, scoop neckline that left far more than an eyeful of cleavage well within eyesight. The piece also featured a push-up style and underwire cups, which further enhanced the babe’s busty display.

On her lower half, Devon sported a pair of bikini bottoms in the same color that upped the ante of her look even more. It covered only what was necessary and showcased the model’s long, sculpted legs thanks to its daringly high-cut design. One photo saw Devon with her back to the camera, exposing the number’s cheeky style that left her booty almost completely bare. The bikini bottoms also featured a thick, curved waistband that was pulled high up on the stunner’s hips, accentuating her flat midsection and toned abs. 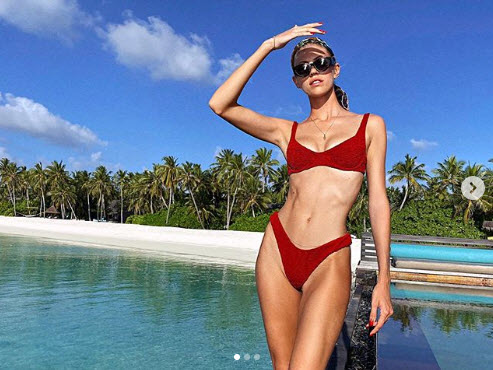 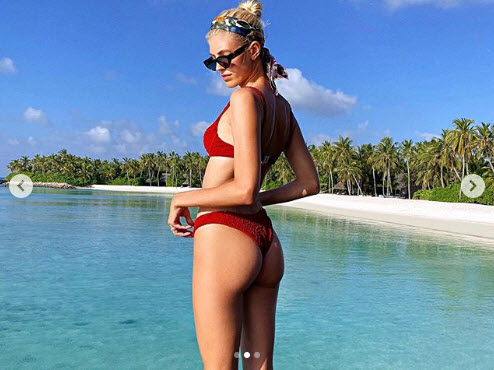 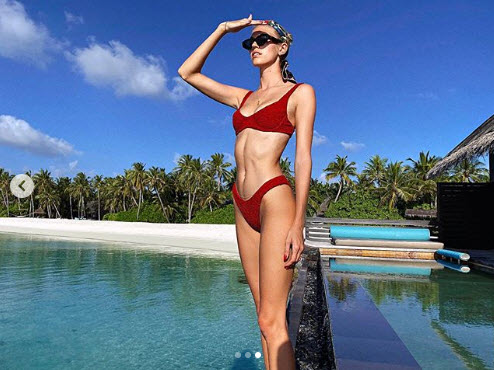 To complete her beach day ensemble, the catwalk queen added a dainty pendant necklace and wore a pair of trendy black sunglasses to provide her some relief from the sun. She had her platinum tresses up in a high bun and tied a colorful scarf around her head to keep any stray hairs from flying in front of her face as she took in the gorgeous view.

Unsurprisingly, Devon’s latest social media upload was a huge hit with her fans. The upload racked up nearly 10,000 likes within just two hours of going live to Instagram — and that number continues to grow. Dozens of fans took their admiration a step further and flocked to the comments section of the post, where many left compliments for the babe’s jaw-dropping display.

Another said that Devon was “looking good.”