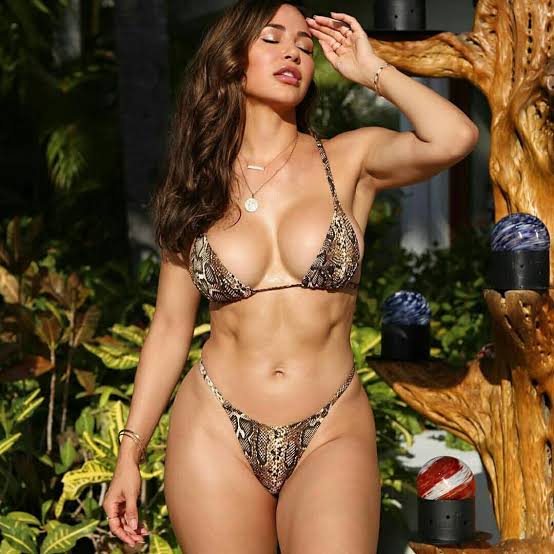 Instagram model Ana Cheri left very little to the imagination on Monday in a new photo on her Instagram feed.

In the shot, the stunner rocked a barely-there piece of lingerie that hardly provided coverage for her busty chest, which her fans loved.

The photo showed the model sitting in a green armchair surrounded by flowers. Behind Ana, a light pink curtain could be seen. She rocked a lacy pink one-piece that featured thin straps across her lower chest. The straps did almost nothing to cover Ana’s busty cleavage, causing the stunner to keep the shot Instagram-friendly by placing one hand on her breast. The other was covered by her hair.

The lower half of the one-piece featured high-cut legs, which exposed her curves and shapely thighs.

Ana paired the lingerie with a fluffy white fur coat that slightly fell off her shoulders. She opted to skip the accessories, but the model did sport a full face of makeup. Her look included light pink eyeshadow, darkened and shaped eyebrows, a pink blush on her cheeks, dark mascara, highlighter, and a pink color on her plump lips.

Her long, brown hair fell down her shoulders in neat waves as she gazed at the camera.

In the caption, Ana revealed that her look was from Fashion Nova . She also added the hashtags “thicc” and “thigh.”

The post garnered more than 76,000 likes and over 850 comments in just one hour. Fans left plenty of praise for the beauty in the comments section.

“That’s what I want for Christmas,” one fan said.

“Well…merry Christmas to me,” another user added.

“You have an awesome figure,” a fourth person said with a fire emoji and a heart. 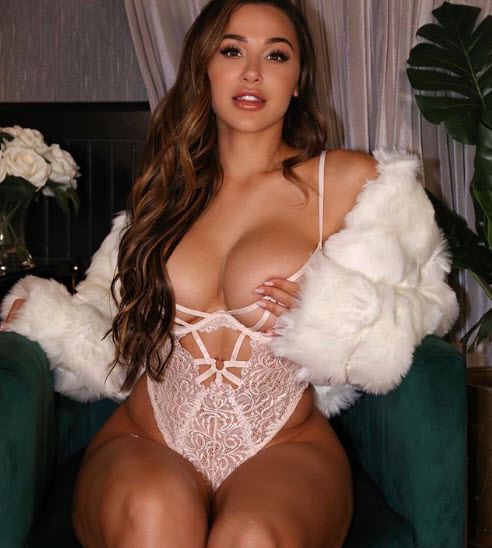 Many others expressed admiration for the star using various emoji.

Ana’s photo on Monday may have given a frontal view of the famous Instagram face, but over the weekend, she showed off her backside in an even skimpier one-piece for a video shoot in Paris.

In the clip, Ana walked toward some white curtains in her Parisian hotel room, giving a close-up of her almost-bare booty. Her lingerie included several cutouts at the top that exposed her toned back, as well as a few straps that ran across her bodacious derrière. In the caption, she mentioned her love of french toast.