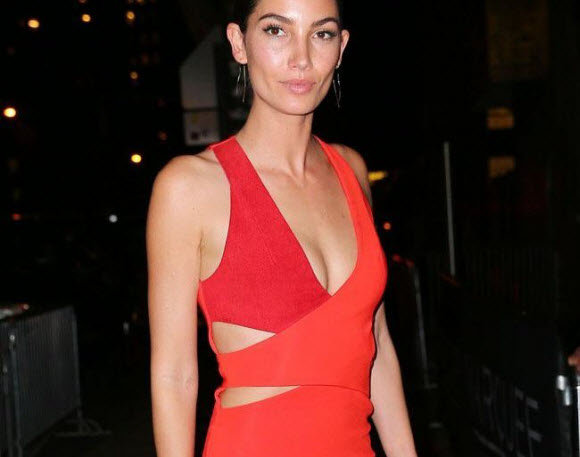 Lily Aldridge thinks people are too reliant on filters.

The 30-year-old model is concerned people are becoming to obsessed with the way they look and, with the increase of photo-editing devices such as Instagram and Snapchat, she doesn’t think it’ll be long before everyone uses photo effect.

Speaking to Allure magazine, she said: “I swear I was thinking the other day, eventually people are only going to see each other in filters, which I hope doesn’t happen, because everything is becoming so technology driven. Eventually you’ll FaceTime what you want yourself to look like.”

And, although she spends the majority of her time on a photoshoot, the brunette beauty likes to set time aside every day for herself – even if it’s five minutes – to de-stress.

She explained: “My de-stress beauty ritual is taking a nice hot bath with some salts, some oils, I like to light a candle. Even if it’s five minutes, it’s just me time and it makes me feel good.”

Meanwhile, Lily understands the pressures of the industry but has admitted she’d love for her four-year-old daughter Dixie, whom she has with her husband Caleb Followill, to follow in her footsteps one day and carve out a career on the catwalk.

She said recently: “I’ll support whatever she wants to do!

“I don’t think my husband would want her anywhere near the runway. But I would be proud of her no matter what she does.”