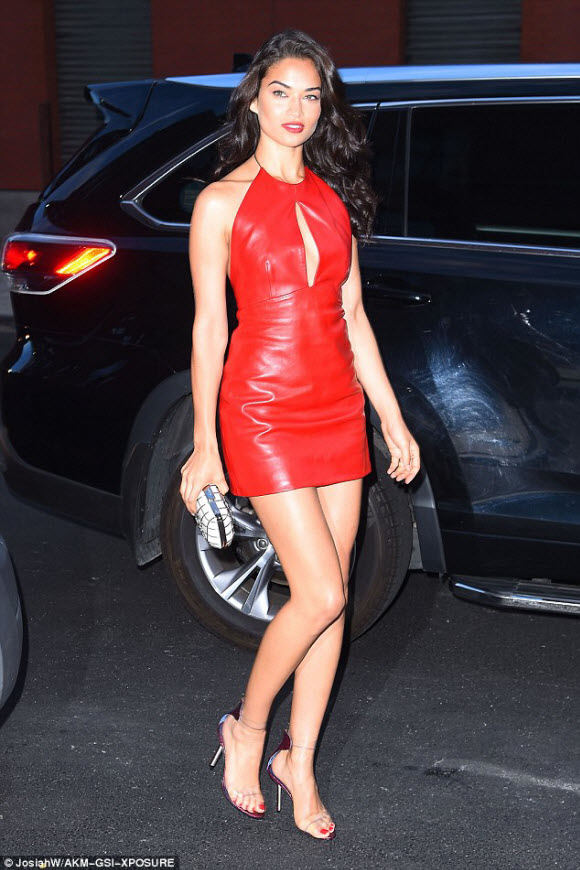 She’s known for flaunting her killer curves on the catwalk for Victoria’s Secret.

And once again Shanina Shaik looked red hot on Wednesday evening, wearing a leather minidress during a night out in New York City.

A keyhole at the front of the frock provided a hint of cleavage and the beauty flashed plenty of flesh in the halter neck design, which also featured a low back.

The Australian-born beauty of Lithuanian, Pakistani and Saudi Arabian descent, also showed off her long limbs in the thigh-skimming number.

Elongating her legs further, the 25-year-old donned metallic stilettos with clear plastic straps to give the illusion of her foot magically staying put inside the shoe.

This strappy design showed the model’s pedicure matched her outfit, while her hands appeared to have a nude manicure as she grasped at her clutch. 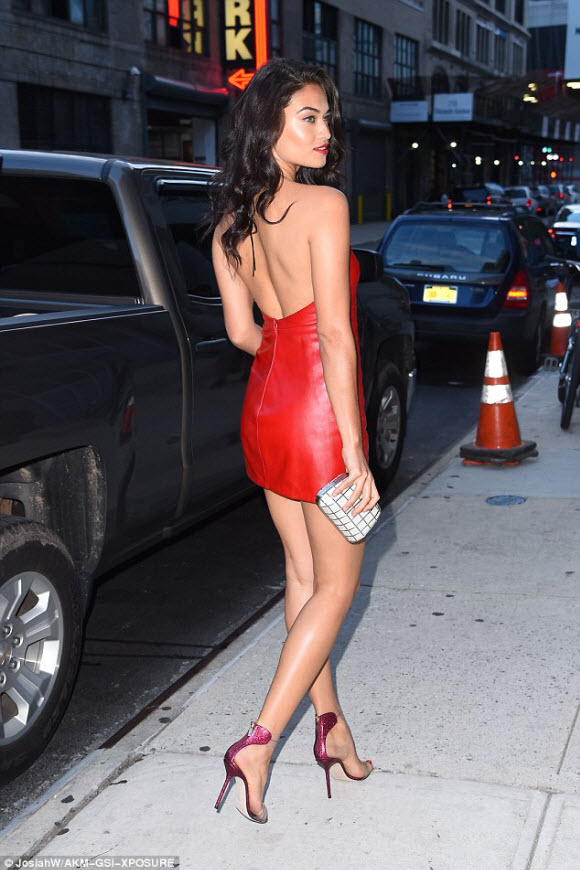 ttending the launch of The W Hotel’s new Dubai property, the brunette beauty dolled up for the evening at the Manhattan W Hotel with cascading curls falling over one shoulder. 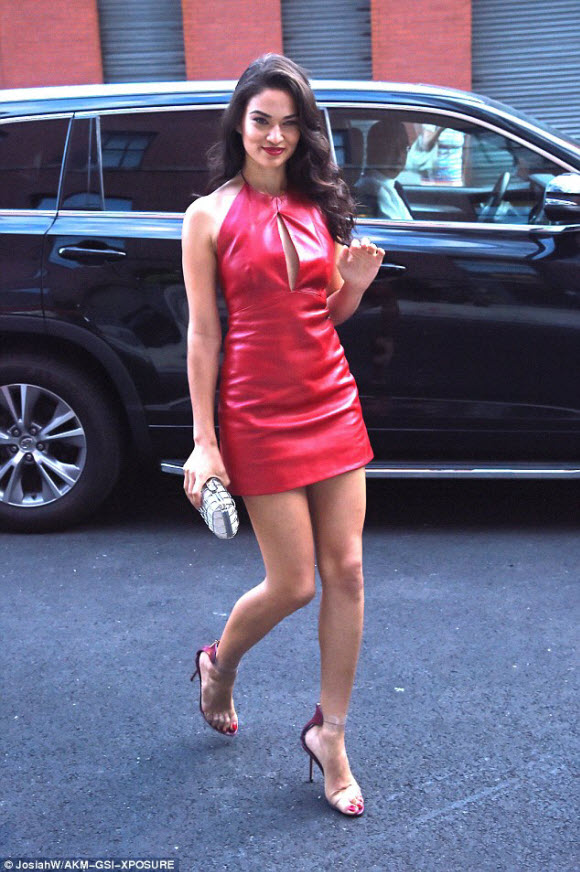 The leggy lady arrived solo at the event, having spent the weekend with her fiancée DJ Ruckus in Las Vegas, where he was playing a number of gigs.

ABut the model beauty certainly wasn’t short of a few friends once inside, as she posed with the likes of Hannah Ferguson, Chanel Iman, Joan Smalls and Nina Agdal. 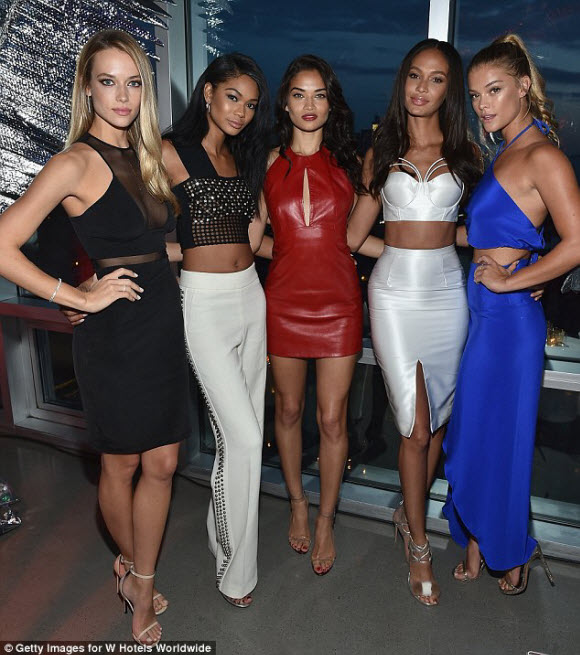 The girls played up to the cameras, kicking up their heels quite literally, while Shanina made a peace sign with her fingers standing side-on in the shot.

Later, the photogenic beauties even stopped to take selfies on Shanina’s phone. 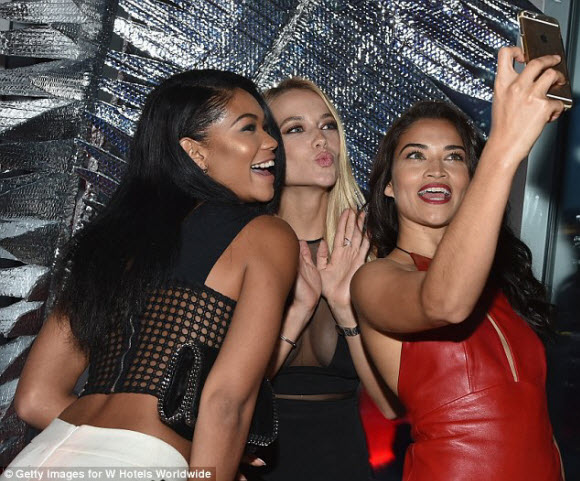