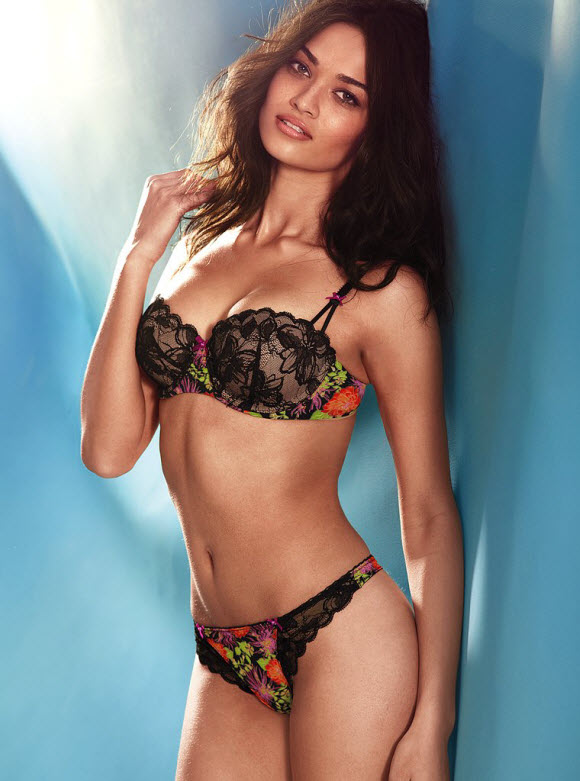 Shanina Shaik (born 11 February 1991) is a model from Melbourne, Australia.

Shanina’s mother is of Lithuanian heritage, while her father has Pakistani and Saudi Arabian roots. Born and raised in Melbourne, Australia she started modeling when she was 8 years old doing small catalogue gigs for Target and K-Mart, but stopped when she started high school and got accepted into an accelerated program, graduating a year before her classmates. At the age of fifteen, encouraged by others, she entered the Girlfriend Model Competition, the same contest that Abbey Lee Kershaw won years ago, but Shaik did not get very far. While agents were interested in her, she was too young to move to Sydney, so she went on to participate on the Australian reality show Make Me A Supermodel, ending runner-up to Rhys Uhlich.

In her debut season during the Autumn/Winter 2009 season Shaik walked over 8 shows in New York City. She opened Yeohlee and walked for other designers such as Shipley & Halmos, Abaete, Mara Hoffman, Lorick, Project Runway, Trovata and Richie Rich.In her second season, she scored a show card for the Spring/Summer 2010. Following this she walked for designers Betsey Johnson, Catherine Malandrino, Gerlan Jeans, Nary Manivong, Rachel Antonoff and Susan Woo. During the Autumn/Winter 2010 season Shanina walked for Bebe by Kardashian, Emu Australia, Iodice and Project Runway.

With this year being her third year trying out Shanina scored a breakthrough when she was cast to walk in the 2011 Victoria’s Secret Fashion Show, making her the fifth Australian along with Miranda Kerr, Elyse Taylor, Sarah Stephens, and Abbey Lee Kershaw to star in the show. Shaik has also walked for Chanel’s Pre-Fall 2012 collection at the Grand Palais in Paris.

In 2012, Shaik appeared in print-work for Victoria’s Secret and Bonds. During Fall/Winter 2012 Fashion Week she opened Jason Wu, and also walked for Ruffian, Kevork Kiledjian, Charlotte Ronson, Nanette Lepore, Diesel, Oscar de la Renta, L’Wren Scott, Tom Ford, Blumarine, Atsuro Tayama, Maiyet, Vivienne Westwood, and Stella McCartney. Shaik also did a shoot with Vogue Australia, it is due to be released at some stage during the year.

Shaik dislikes talking about her participation in Make Me a Supermodel in interviews. She has expressed that it does not fare well for models to be attached to a reality show, but also stated that she does not regret being on the show, since she met her boyfriend, American model Tyson Beckford, while filming in 2008. She has stated that if she were not modeling, she would study child psychology.