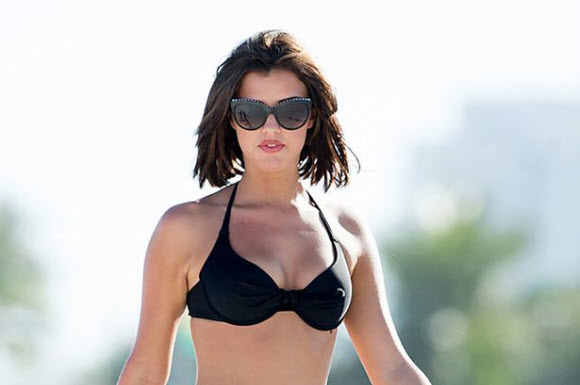 Actress Lucy Mecklenburgh flaunted her ample assets and sensational figure in skimpy keyhole bikini in an Instagram picture on Tuesday from the Juice Hideaway in Marbella.

She has reportedly parted ways with her boyfriend Ryan Thomas as he prepares to move to Australia.

But Lucy Mecklenburgh was living her own tropical dream as she shared a picture from the Juice Hideaway in Marbella on Instagram on Tuesday.

Posing up a storm at the poolside, the 26-year-old fitness guru drew attention to her ample cleavage in a keyhole bikini, as she showed her actor beau what he could be missing. 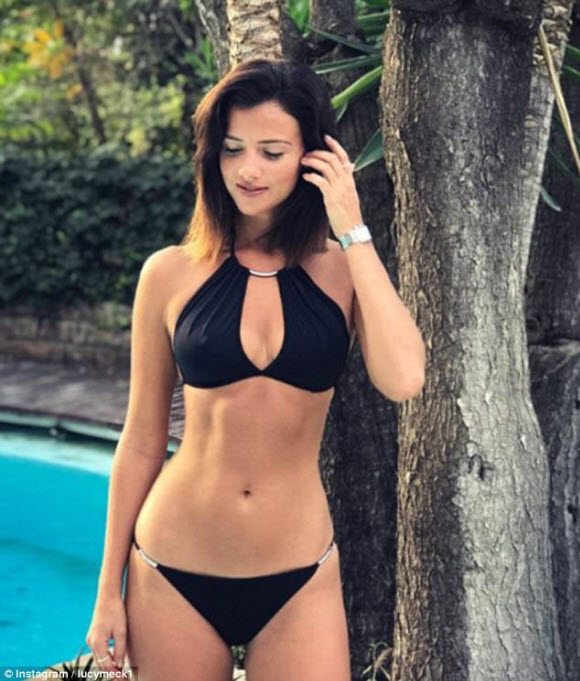 Though staying at a fitness retreat, former The Only Way Is Essex star Lucy looked gym-honed her matching black two-piece.

Thanks to her stay in the sun-drenched retreat, the reality star flaunted a gorgeous, glowing tan.

The Essex born beauty looked healthy and happy as she shared with her fans that she was feeling ‘refreshed and full of energy’. 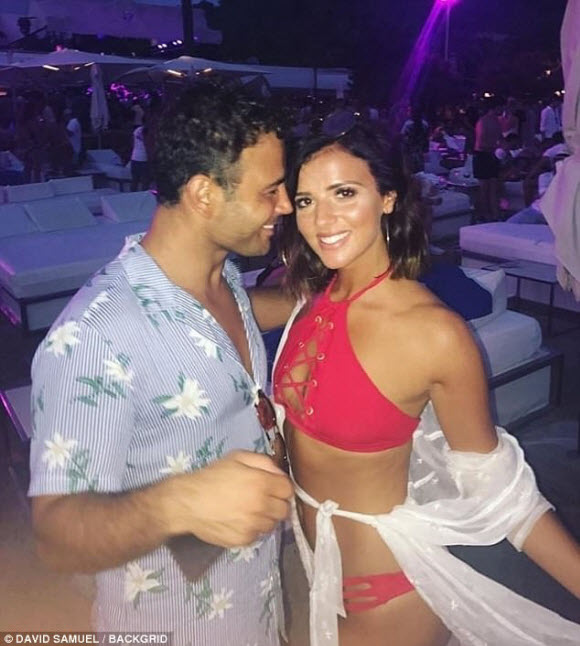 She captioned the shot: ‘Feeling refreshed, full of energy and educated after my raw food retreat! Excited for new ventures.’

Before jetting off, Lucy seemingly hinted at trouble in paradise with her boyfriend Ryan.

Coronation Street star Ryan confirmed that he is going to be making a move to Australia, after landing a job on the soap Neighbours.

And appearing to take a swipe at him after the news broke, Lucy shared a photograph of a toad on Instagram with the caption: ‘I seem to attract frogs.’

Meanwhile Ryan appeared to be teasing a reunion between the pair when he shared a selfie of himself, saying: ‘I’ll give you one more chance.’ 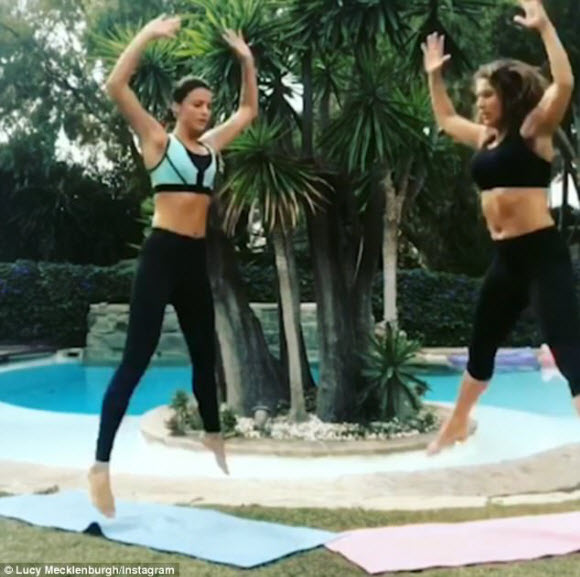 Sparks flew when they met on Bear Grylls’ Celebrity Island where they were in the midst of water shortages, extreme hunger and tropical storms.

After developing a strong bond on the survival show, the pair continued their romance on home turf. 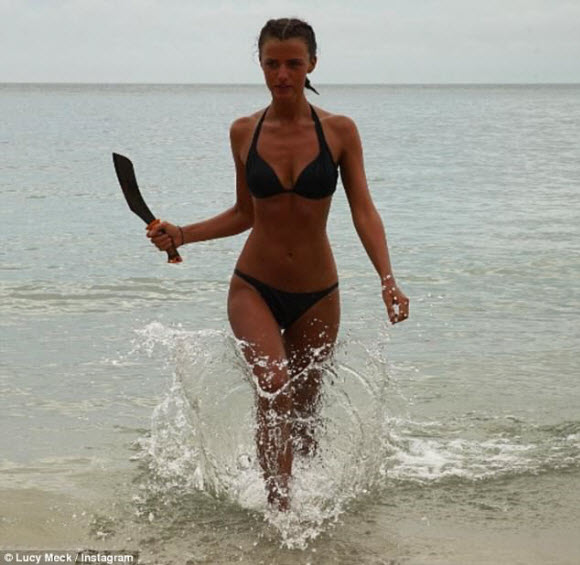 It had appeared to be going strong, with Lucy even being introduced to Ryan’s eight-year-old daughter Scarlet whom he shares with former flame Tina O’Brien.

The actor found success with Coronation Street’s Jason Grimshaw for 16 years before leaving the show to seek other opportunities.

Ryan said: ‘I grew up watching Neighbours so to get the chance to join the cast is amazing. I was on holiday with my daughter when I got the phone call.’