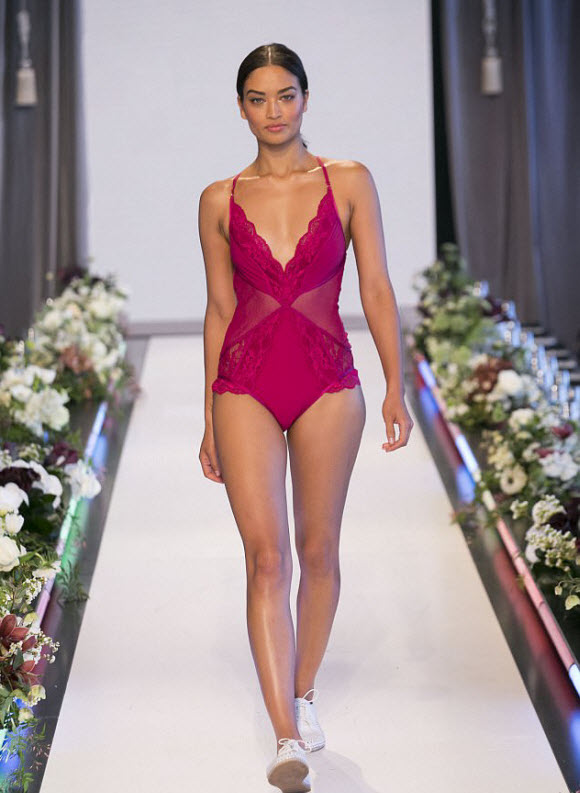 Victoria Secret angel Shanina Shaik made her couple’s modelling debut with DJ Ruckus at rehearsals earlier in the day’.

But later, it was all eyes on Shanina Shaik, 26, who turned-heads at Wednesday night’s David Jones Spring Summer 2017 Collection Launch.

The raven-haired beauty show off her sexy body as she confidently strolled down the runway in skimpy magenta lingerie.

Shanina also flashed glimpses of her small wrist tattoo, making her way down the small catwalk, which was decorated with stylish floral bouquets on either side. 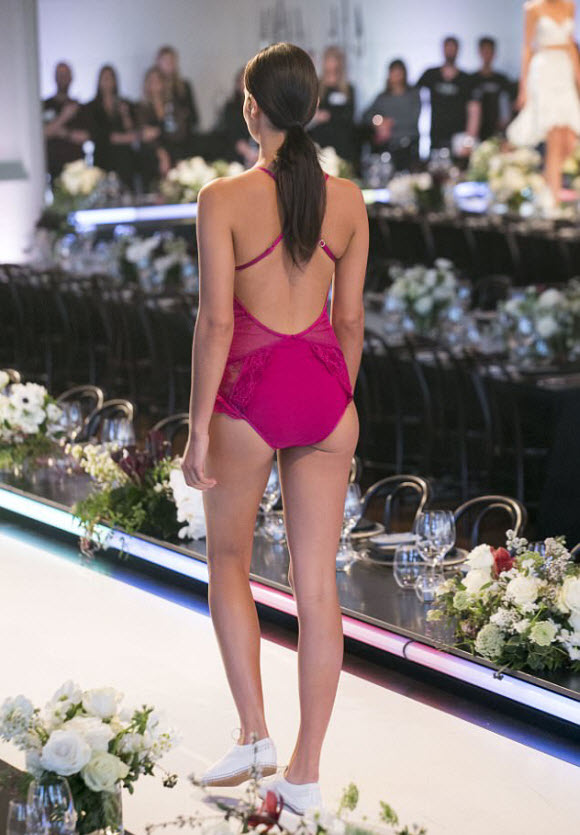 After completing her walk, the beauty turned around showcasing her pert posterior in the open-back ensemble.

Keeping the attention on her lingerie, she tied her hair into a simple ponytail, and opted for a natural makeup palette.

Earlier in the day,  Shanina and her fiance DJ Ruckus – real name Gregory Andrews – had a practice run ahead of their couple’s catwalk debut. 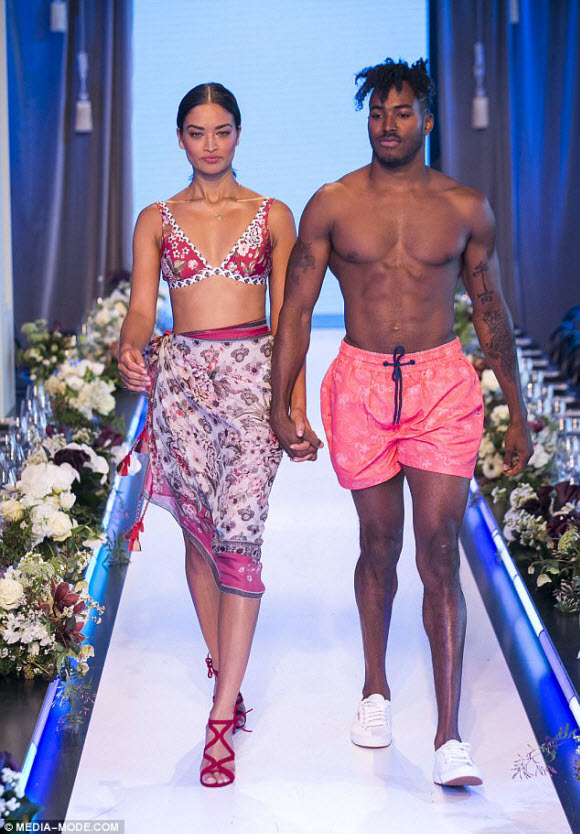 The cute pair were seeing holding hands as they walked.

Shanina flaunted the body that earned her her Victoria’s Secret Angel wings in a floral bikini paired with a matching sarong.

Meanwhile, Ruckus revealed his six-pack abs in a pair of floral boardshorts. 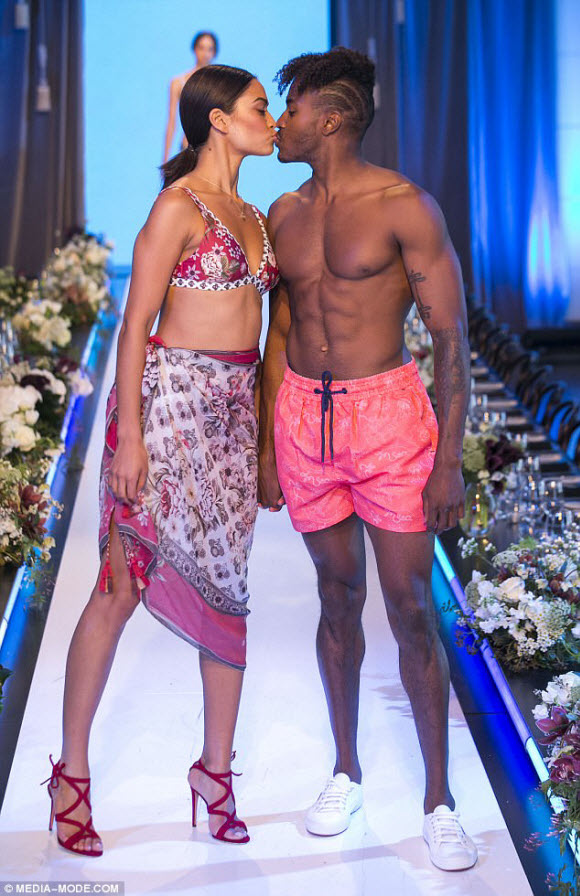 Speaking to Daily Mail Australia on Tuesday ahead of the show, Shanina said she isn’t worried about her soon-to-be husband ahead of his catwalk debut.

‘I think he’ll be absolutely okay, I’m not worried at all’ she said. I’ll be standing by his side making him feel really comfortable.’