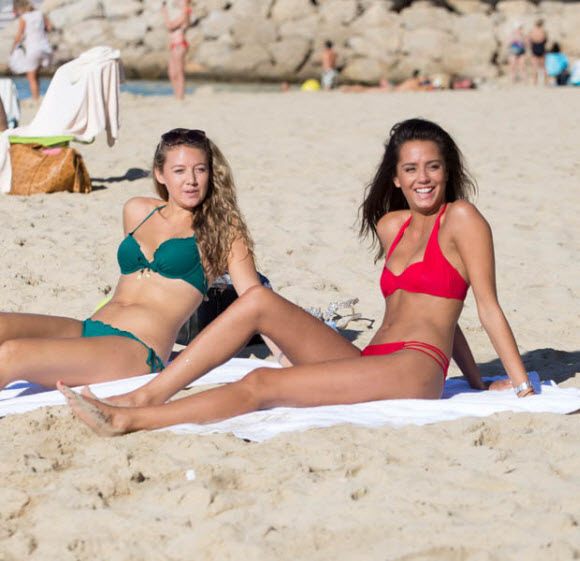 Love island star Tyla Dons sent temperatures soaring with a saucy photos when she stripped down to red hot bikini as she hit the beach in Mallorca.

Love Island may have finished, but the brunette bombshell seems like she can’t be parted from the bikini lifestyle. 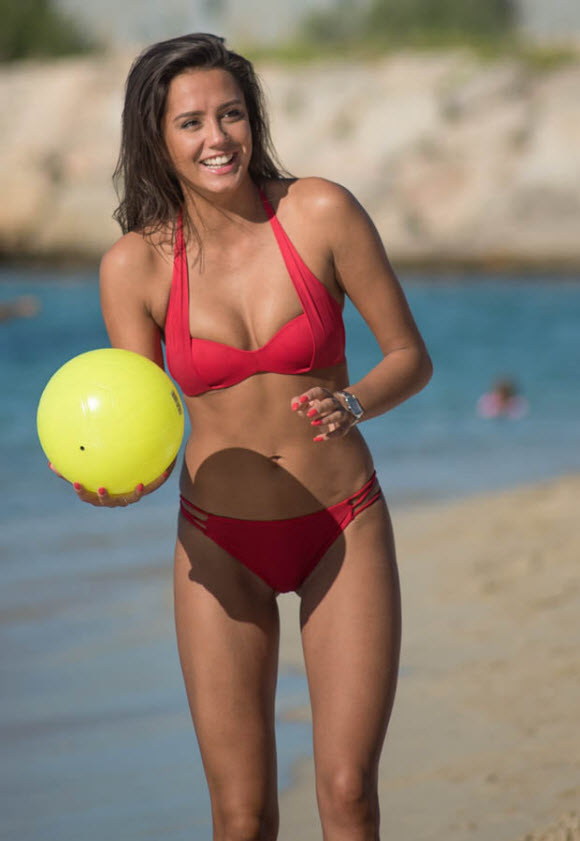 The star seemed to be having fun in the sun as she played beach volleyball in the sea.

The stunner then also went for a stroll through the sand with a blonde pal, who was also in a tiny two-piece.

Tyla and her friend then topped up their tans as they went for a cheeky sunbathing session. 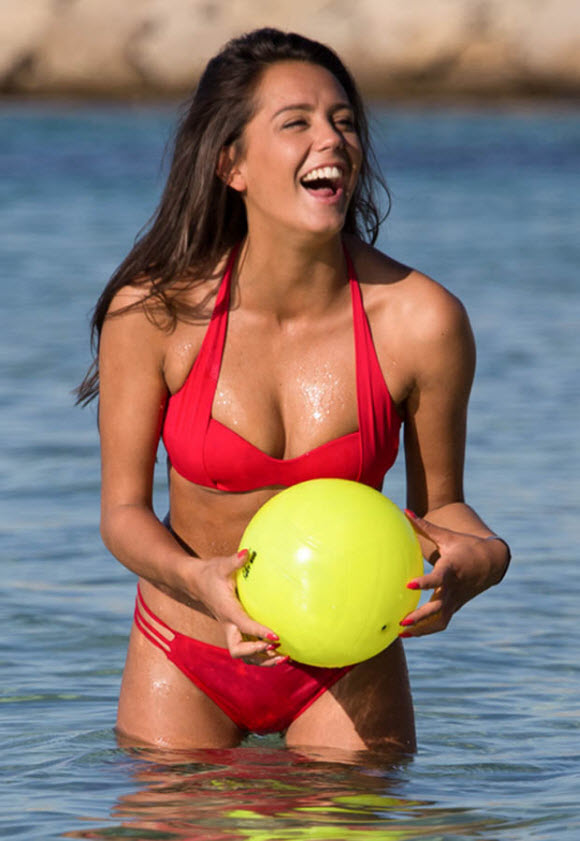 The natural beauty looked radiant as she appeared to go makeup-free.

She was also rocking her long locks loose as they cascaded over her assets.

Tyla hasn’t been in the spotlight as much as the rest of the Love Island crew since leaving the villa.

However, she recently had some male celebrity attention at V Festival.

The babe was seen getting close to DJ Jonas Blue backstage at the event. 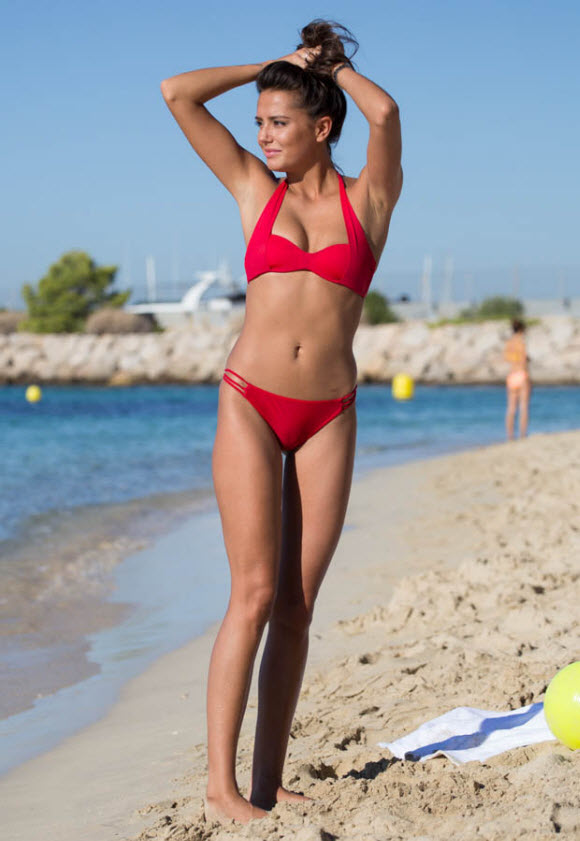 Tyla’s Instagram has also been accumulating a fair few fans.

The star now has 360,000 followers on the site, who regularly leave her gushing compliments.