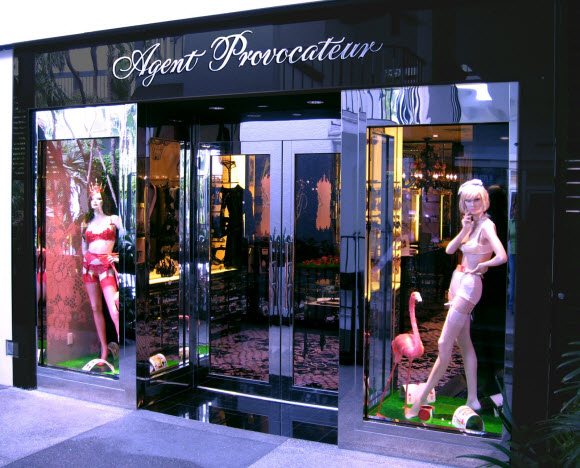 Serena Rees, a founder of Agent Provocateur, who earned herself a fortune in the 1990s by making kinky lingerie a wardrobe staple, sat on a velvet sofa last month in her Marylebone townhouse. She was musing about the power of reinvention.

“After selling Agent Provocateur a decade ago, I was approached by both rivals and potential partners asking me to go back into the intimates business with them,” she said. “But nothing felt quite right.”

“I felt like I’d done it all,” she said, tucking her legs, clad in silky black athletic pants and open-toe stilettos, beneath her.

But several years spent watching the way her children and stepchildren dress and share clothes changed her point of view.

“The kids that live in this house, or their friends that come through it, have such a different view to previous generations on how to dress, how to behave, how to hang out with friends and lovers and in their attitudes toward sex and sexuality,” she said. “I looked at what the market was currently offering them, and it felt like there was a big disconnect. Victoria’s Secret and Agent Provocateur are just not relevant to them anymore.”

The result is a new label called Les Girls Les Boys, which is set to be introduced Sept. 1. The 100-piece collection will be a gender-fluid array of intimates, underwear and street wear, designed to be worn by men and women. It promises to take its millennial wearers from “bed to street,” in keeping with their boundary-blurred lifestyles and a more informal approach to clothes than the generations before them.

In recent years a decisive pivot away from the sex-doll look in favor of a unisex aesthetic has been on full display across the ready-to-wear runways. It’s a positive movement, Ms. Rees said, one that is also a clear sign of and reaction to the times. 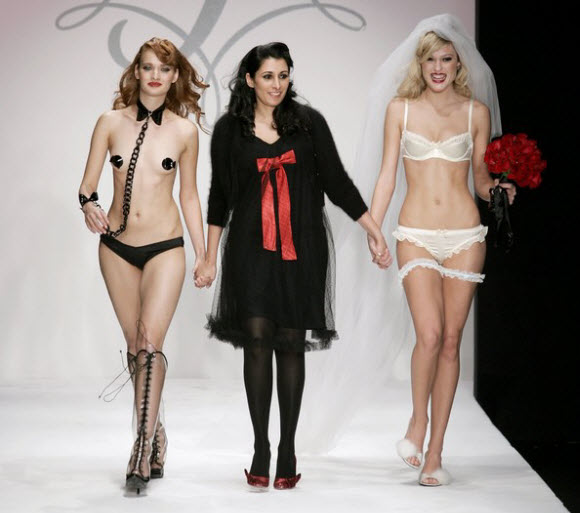 “The last decade has seen the rise of totally unobtainable and hypersexualized body images, particularly for women, fueled by the era of internet, social media and plastic surgery,” said Ms. Rees, the former daughter-in-law of Vivienne Westwood. (Ms. Rees founded Agent Provocateur in 1994 with her ex-husband, Joe Corré.) “It is wrong and it is worrying because it makes people so unhappy and insecure. In a weird way, I feel a little responsible for it.”

When she introduced Agent Provocateur 23 years ago, Ms. Rees hoped to empower women to take control of their sexuality and the way they displayed it in public and private. A tongue-in-cheek blend of stylishness and smut, it featured satin cutaway corsets, embroidered bra straps and barely there slips brazenly on display. All of these, Ms. Rees reasoned, could actually be tools of liberation.

“Except that people got carried away over the years,” she said with a disapproving shake of her cloud of raven curls. “Now it has all gone too far. Les Girls Les Boys has been engineered to be the antithesis of all that.”

The project began 18 months ago when Ms. Rees saw that the millennials around her were already engaged in a wardrobe revolt.

“Many of them already seem to understand that they don’t have to live up to those images,” she said. “Our garments are tools to help them feel totally comfortable in embracing whoever are, their life choices, approach to relationships and the fact that the most gorgeous thing in the world can be youth.”

“Particularly when people are relaxed both mentally and physically,” she said with a grin. “These kids are creatures of comfort, but they still want to look good. And that excited me again. I really wanted to be a part of it.”

The label’s first season of briefs, bodysuits, sweatpants and pajamas, which cost $25 to $143, will go on sale via the label’s e-commerce platformand at stores like Nordstrom and Selfridges. (A $1.3 million robbery of Les Girls Les Boys stock from the truck of a sleeping driver in Britain this week may affect availability of some items, but the label has no plans to scale back its unveiling.)

“Listen, I’ve got nothing to win or lose doing this,” she said. “I have a great life. But it has been a real labor of love and genuine reaction to the social and political climate we are currently living in. So many brands get stuck in their ways: They don’t look anymore at what is going on in the outside world. We really are doing that. And hopefully, people will listen.”