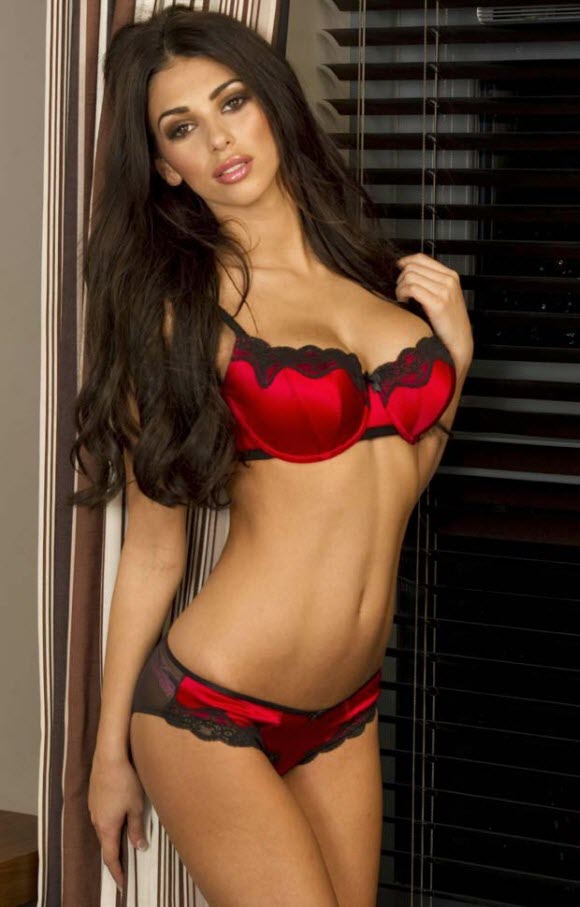 Georgia Salpa was born in Athens to an Irish mother and Greek father. When Georgia was four years old the family moved to Dublin, where she was raised in the suburb of Killiney. She is the eldest of four children, having two sisters and one brother.

In secondary school she was, in her own words, “a bit of a nerd…always very thin and had really curly afro hair and had to wear glasses and a patch over one eye”. After school she backpacked the globe for two years, visiting more than 30 countries, which included India, Thailand, Costa Rica, Brazil, Australia and Hong Kong.

Salpa began modeling at 2 years old after being scouted in Florida, and has undertaken modelling assignments for various publications. She has made TV appearances on such programmes as The Podge and Rodge Show, Republic of Telly, Celebrity Salon and Catwalk to Kilimanjaro. She played a role as herself on Republic of Telly. In August 2009 after posing in a bikini for a controversial photoshoot for Food & Wine magazine alongside chef Neven Maguire, the magazine apologised after complaints on Liveline.

Salpa has since moved to the United Kingdom,where she participated in the Channel 5 show Celebrity Big Brother where she was the third housemate evicted. While in the house she dismissed her relationship with Calum Best as “a simple fling”. She was up for eviction on the first turn but defeated Andrew Stone to secure her stay in the house. She then faced eviction for a second time following the third round of nominations after fellow housemate Kirk Norcross nominated her for resisting his advances. She was evicted on that occasion.