How To Tame The Beast Within 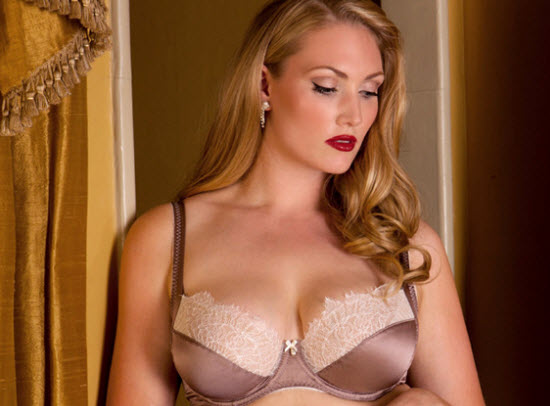 Among all the Greek myths, there’s probably none as un-sexy as the gruesome tale of Theseus, the unlucky sap tasked with slaying the Minotaur and then finding his way out of the Labrynth. It’s a bloody tale filled with tragedy, vengeance, suicide and a lot of quasi-cannibalistic man-eating.

So it comes as a surprise to see the Minotaur yarn show up in a surreal video to promote a luxury lingerie brand.

The elegant UK label Harlow & Fox, which specializes in lingerie for larger-busted women, took a few liberties with the story in the short film that introduces its spring-summer 2015 collection.

In this re-telling of the classic story, though, the Minotaur doesn’t have eating on his mind. Turns out he’s really a romantic at heart; all he wants to do is dance.

But that’s as far as we want to go in plumbing the subtext here. The real stars of the film are designer Leanna Williams‘ alluring nightwear pieces, which channel an old-world glamor that even the ancients would appreciate.

Keep an eye on the H&F website for its SS15 collection, which was inspired not by mythic monsters but by “the delicate elegance of English gardens”.