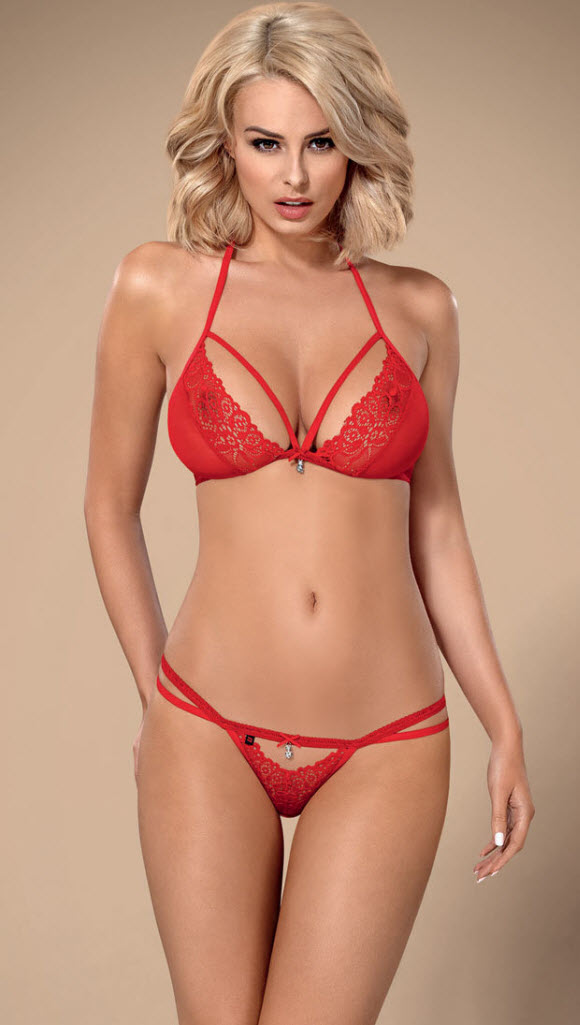 Rhian Sugden left nothing to the imagination when she stripped off.

The former Page 3 girl is never one to shy away from the spotlight, so it’s hardly surprising she’s celebrating Valentine’s Day in style.

Taking a break from wowing fans on her Rhian Sugden Instagram profile, the 31-year-old dared to bare almost every inch of her curves in a sexy photoshoot, modelling a number of barely-there Obsessive lingerie sets. 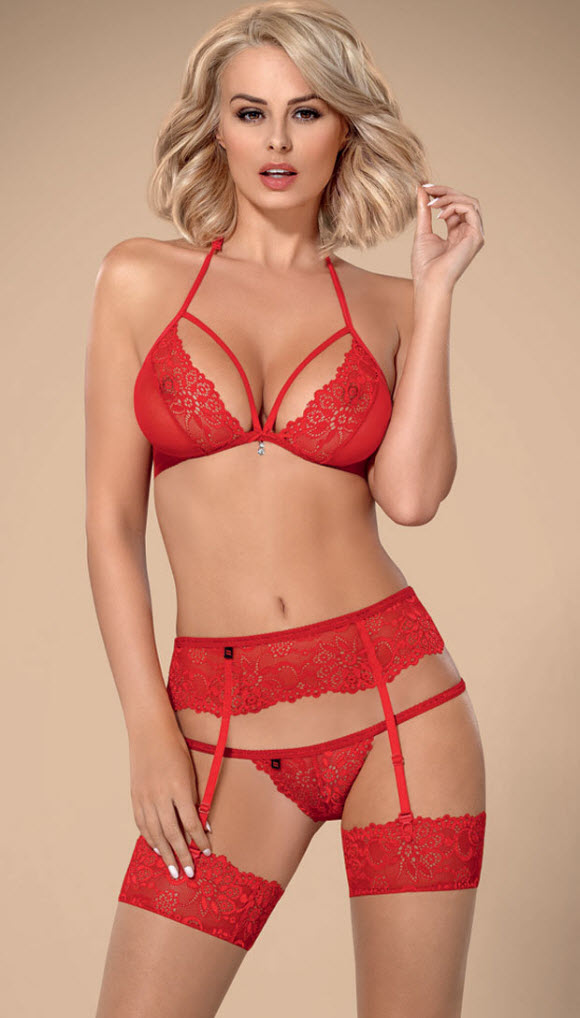 For her first temperature-raising look, the former Celebrity Big Brother starlet donned a sheer red lace bra, which showed more of her cleavage than it covered.

With her ample assets roaming free, the buxom babe reminded fans of her sex symbol status.

Showing off her washboard stomach, the starlet — who is engaged to former Coronation Street castmember Oliver Mellor, 37 — no doubt caused jaws to drop. 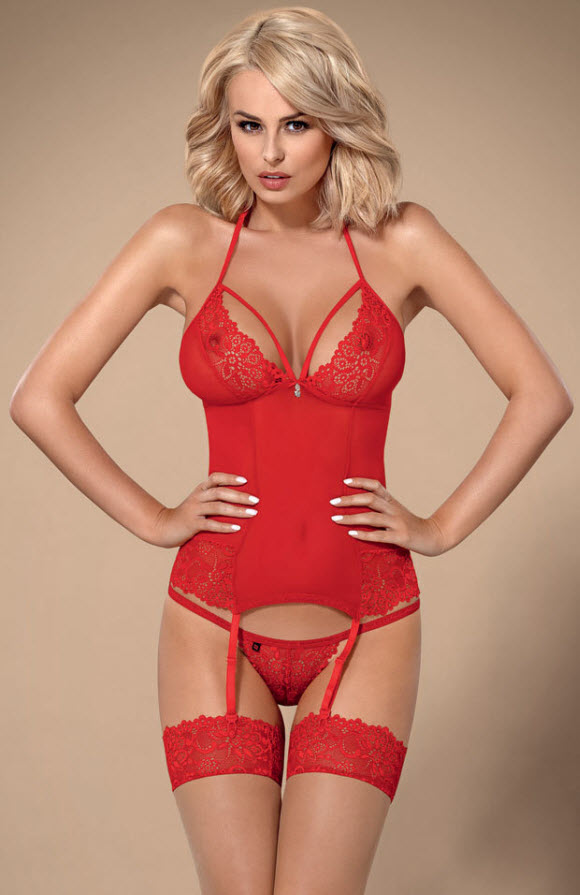 But the real eye-popping display took place south of Rhian’s chest, as she wore a teeny pair of cut-out knickers.

Switching up her look, the body confident vixen added suspenders and stockings to her Fifty Shades Freed-inspired attire.

In a move that would make Christian Grey himself blush, Sugden then crammed her assets into a plunging bodysuit. 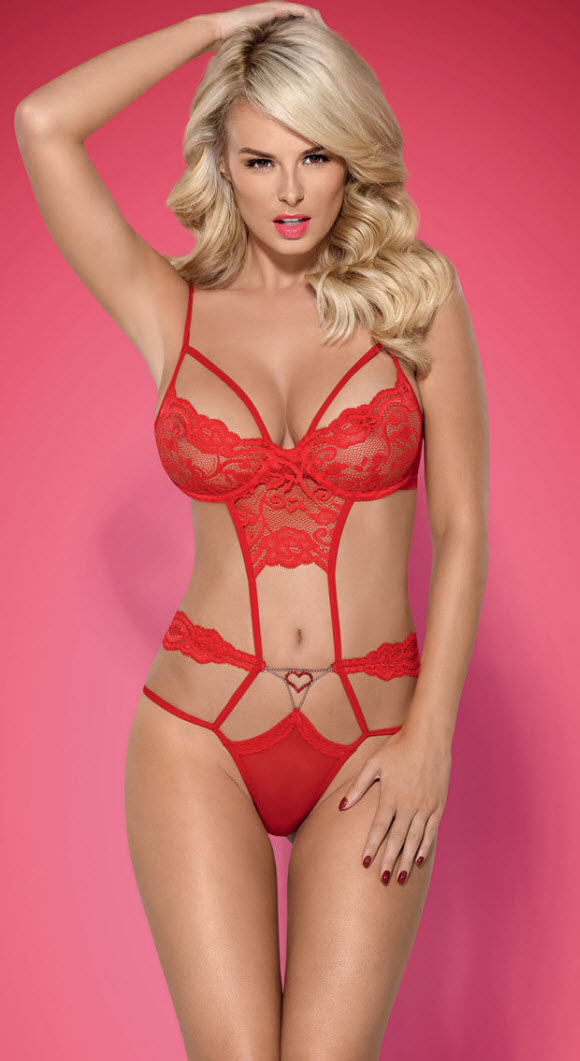 Showcasing her modelling prowess, she offered a smouldering glare to the camera.

Much to the delight of her fans, the starlet — who previously announced her retirement from glamour modelling — revisited her glory days. 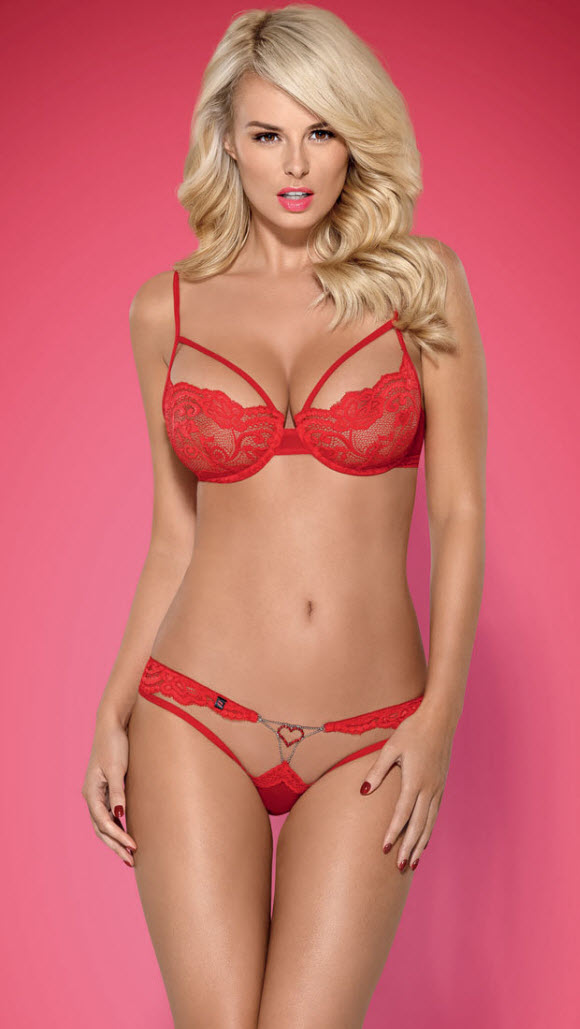 Taking to her Instagram page, the proud starlet shared a sneak peak of her half-naked display.

Needless to say, the model’s fans were quick to show their approval for the brazen move.

One admirer raved: “This photo should be illegal,” followed by a blushing face.

Adding to the compliments, a keen follower commented: “Hot, hot, hot. Great curves and a lovely lady,” alongside a kissing face emoji.