Alessandra Ambrosio Displays Her Taut Tummy While On A Mexican Beach 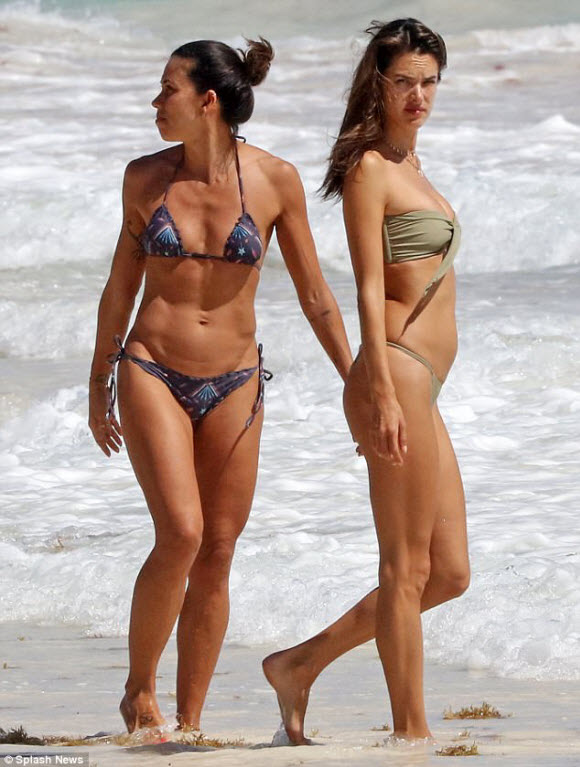 Victoria’s Secret angel Alessandra Ambrosio turned heads while lounging on a beach with her friends in Tulum, Mexico, on Friday.

The 36-year-old Brazilian model appeared relaxed as she continued to enjoy her much-needed paradise getaway.

The mother-of-two walked barefoot on the sand, while quickly getting inside the water to stay cool underneath the warm Mexican sun.

Alessandra’s friend joined her as they took a dip in the Caribbean sea.

The former Victoria’s Secret Angel looked sunkissed to perfection as she showed off her yoga-honed body. 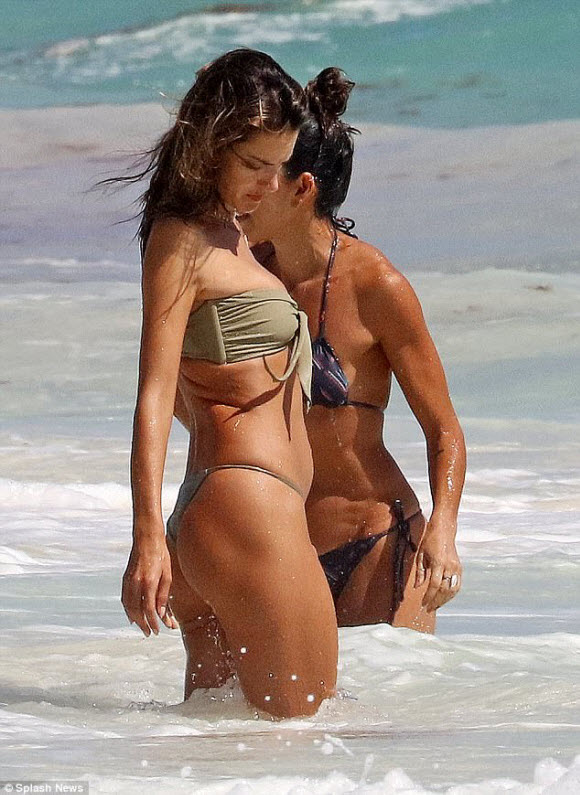 She fashionably paired her beach ensemble with some trendy accessory pieces such as multiple layered gold necklaces.

The model swept her dark wet locks off to one side and covered her make-up free face behind black aviator sunglasses.

Later on, the group of women headed to a lagoon while carrying their towels and inflatable swim toys.

While at the lagoon, Alessandra was spotted climbing and posing on top of a rock for a cute photo. 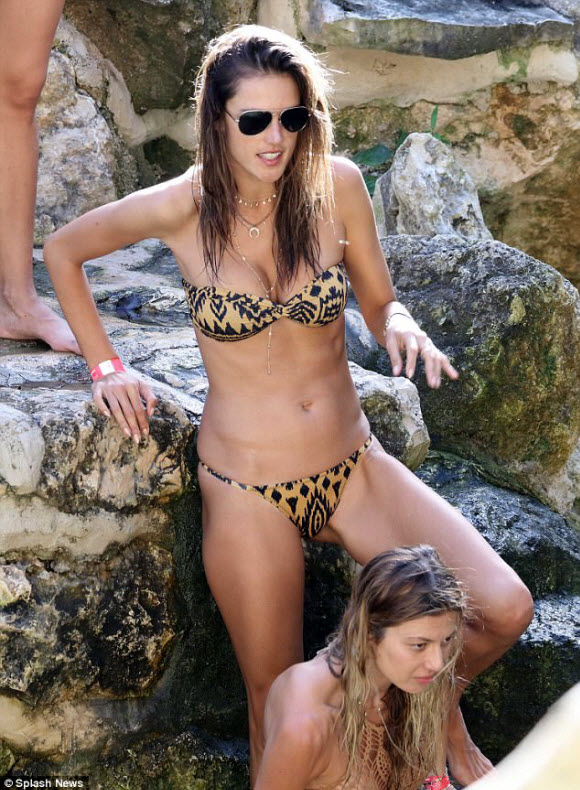 Alessandra seemed to be getting the full Mexican experience as she later partook in a Mayan ruins tour.

The Brazilian beauty covered up in jean shorts, a black shirt, and a straw floppy hat to shield the sun out of her face. 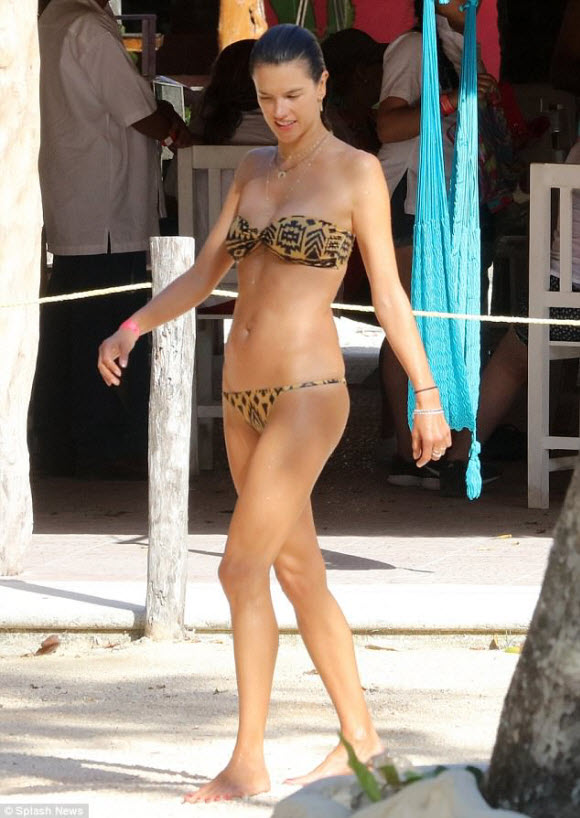 She teamed her ensemble with flip-flop sandals and a tan leather handbag over her shoulder.

Alessandra appeared to be enjoying her tour as she snapped multiple shots of the historic artifacts. 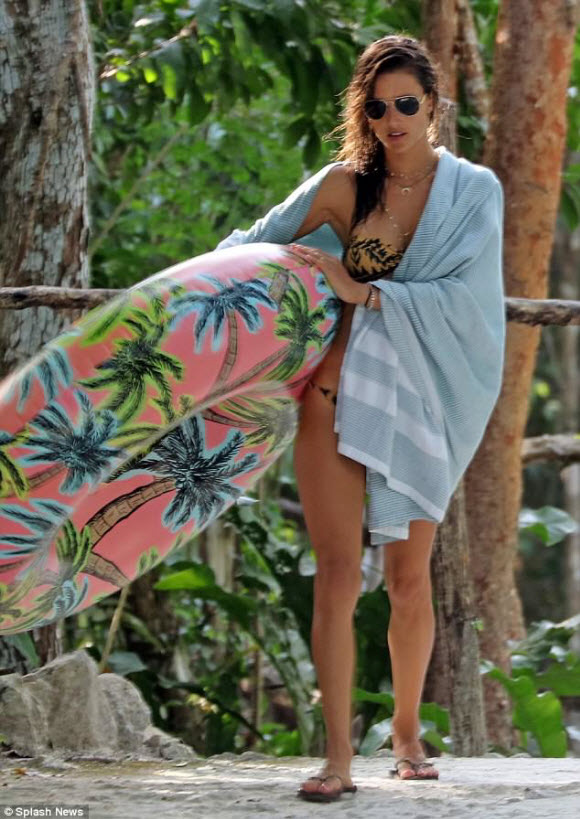 Alessandra announced her departure from the brand that propelled her to worldwide super-stardom in late November, after walking in an incredible 17 Victoria’s Secret shows – most recently the 2017 presentation in Shanghai, China.

The model kicked off her fashion career at the tender age of 12, and went on to appear in her first show for the lingerie brand in 2000.

In the 2008 edition of the show, the mother-of-two famously returned to the runway just three months after giving birth to her first child, daughter Anja.

She was selected to wear the coveted ‘Fantasy Bra’ on two occasions; modelling a $2.5 million version in 2012 and joining fellow Brazilian bombshell Adriana Lima, 36, to showcase the Dream Angels Fantasy Bras, worth $2 million apiece, in 2014.

The model raises daughter Anja and son Noah with businessman fiancé Jamie Mazur, 36, to whom she has been engaged to since 2008.