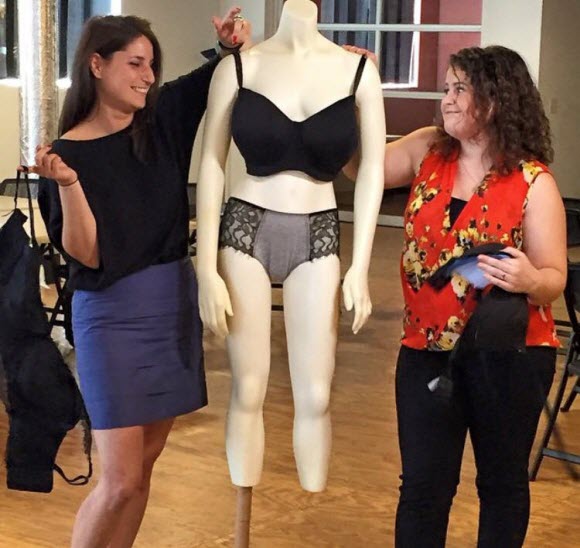 I’ve seen a few “Things that Men Will Never Understand” lists floating around the Internet lately. Always good for a few minutes of amusement, a lot of them hit the nail right on the head – there are a lot of inconveniences unique to women, thanks to physiology.

Many of those inconveniences are bra-related. You’d think that by now we would have come up with a way to make bras that fit properly and function the way they’re supposed to, but just about any woman can tell you stories about epic, often-fruitless quests to find a comfortable, well-fitting brassiere. (I recently stumbled upon a Buzzfeed article in which the author documented her attempt to discern her bra size; she was professionally fitted at six different stores and given different sizes at all of them.) 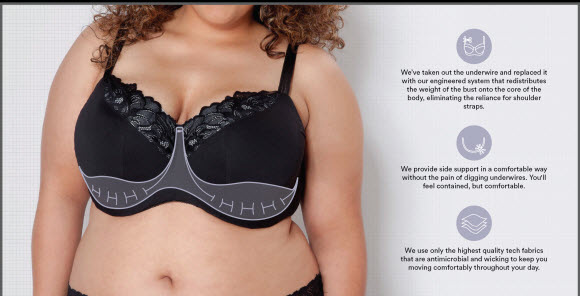 Far from being a trivial problem, a bra that doesn’t fit properly can cause all sorts of issues, from headaches to back problems – particularly for women with larger breasts. Unofficial studies have suggested that women’s breasts, on average, are getting larger (save it, guys), due to obesity, environmental contaminants, or other factors. None of it has been proven, but the fact that manufacturers all make bras a little bit differently, and that corporations can arbitrarily decide on what their sizes will be, means that a good 80% of women are wearing the wrong bra size – and paying the price with a lot of discomfort.

Industrial designers Laura West and Sophia Berman wanted to address these issues when they formed Trusst Lingerie, a company that is revamping bra design. One of the main problems, according to West and Berman, is the underwire that forms the shape of most bras. With underwire bras, the weight of the breasts is mostly supported by the shoulder straps, which tend to dig into the neck, back and shoulders as they’re asked to hold more weight. Even smaller-breasted women run into trouble with underwires that easily bend out of shape or even stab through fabric.

It’s actually a remarkably ineffective design, but it’s been the standard for years. Trusst, however, is doing away with the underwire and replacing it with a 3D printed plastic insert that – gasp! – actually supports the breasts from below. Additional side support provides extra comfort and containment. West and Berman are secretive about the details of the design, but they used SOLIDWORKS software to design and virtually test the inserts, which they then began printing on a MakerBot 3D printer.

A 2015 Kickstarter campaign raised $78,889, surpassing its $25,000 goal within five days. The company has since grown to six women, who are continuing to work on improving the bra design, working with different types of straps and fabric to increase comfort. Currently Trusst offers three different bra styles, and they are considering possibly adding a sports bra design in the future. The company is also, right now at least, focused on larger-breasted women, with their sizes starting in the DD range and going up to G. (There’s an easy sizing chart, too.)

West and Berman recently presented at SOLIDWORKS World 2016, and began their presentation with a video they created for the Kickstarter, in which men try on bras filled with melons that accurately simulate the weight that larger-busted women carry around every day. As you can see below, the men walked away with new sympathy for such women, and with an appreciation for what entrepreneurs West and Berman are trying to do. What do you think of this new technology for women? Discuss in the 3D Printed Bra Support forum over at 3DPB.com.