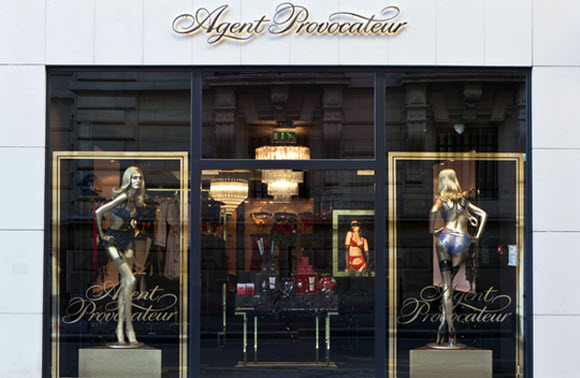 The luxury lingerie brand was recent valued at £727,000 by Goldman Sachs, with owner 3i’s intention being to sell the company in the next few years. Agent Provocateur is now expected to be groomed for its sale following the departure of long-time CEO Garry Hogarth.

“It would be reasonable to expect that whoever takes it on will be with 3i during the next phase, but we won’t be selling any time soon and certainly not this year,” said Chairman Chris Woodhouse.

“We’ve been talking with Garry for a while. We carried out a strategic review of the business asking where we took it from here, where is 3i’s position and whether they want to stay with it.

Garry’s done a fantastic job but in terms of being committed to the next stage, we agreed it was right that we part ways.”

Though the new boss has yet to be named, it is expected that he or she will be an external candidate.

Profits at the premium lingerie retailer fell by almost a quarter in 2015 as a result of depreciation and review fees. However, in the year to 28 March 2015 sales rose by 16% to £61.7m, with underlying profits hitting £10m.