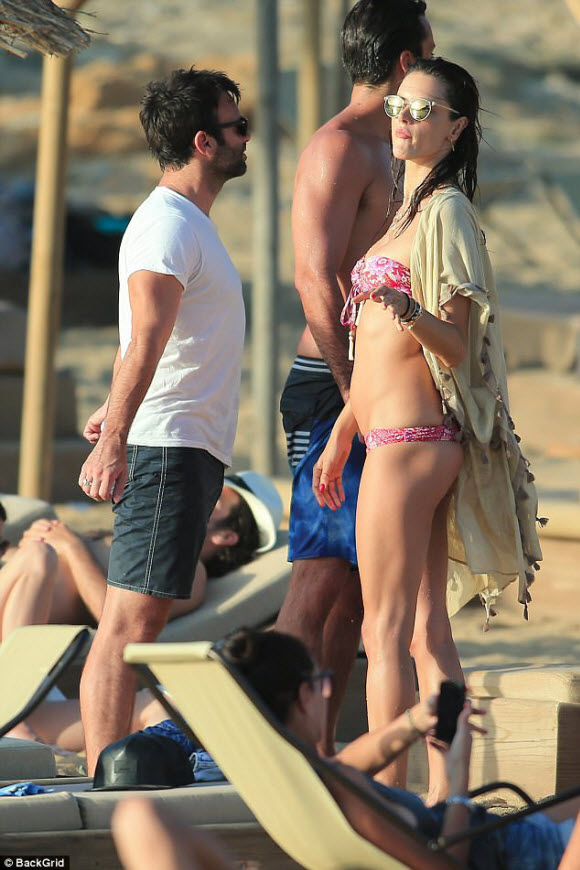 Victoria’s secret angel Alessandra Ambrosio proved she was still going strong with her man, as they packed on the PDA during a sun-drenched trip to Mykonos, Greece on Saturday.

The 36-year-old Brazilian supermodel flaunted her impossibly flat stomach and peachy posterior in a skimpy pink floral bikini as she indulged in some quality time with her other half.

Alessandra looked absolutely incredible as she soaked up the sun in the tiny two-piece, which consisted of a strapless bandeau bikini top. 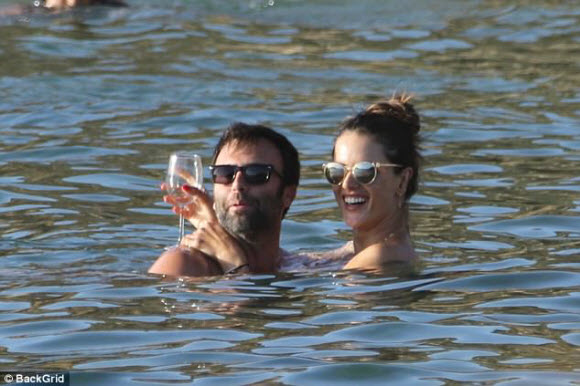 A pair of matching bottoms rested low on her hips and showcased her gym-honed pins and perky derriere.

The Victoria’s Secret model looked every inch the beach babe as she sported wet locks and placed a cool pair of shades on her low-key make-up look.

Alessandra looked smitten with Jamie – the founder of RE/DONE jeans – as they shared a passionate kiss while frolicking in the ocean.

The beauty shares daughter Anja, 8, and son Noah, five, with Jamie- who she began dating in 2005.

The couple became engaged on 12 May 2008 after Alessandra became pregnant with their daughter.

Alessandra recently spoke candidly about becoming a mother in an interview with Net-A-Porter last year and admitted since having children, her approach to modelling has changed.

The fashion star explained: ‘I used to be 100% comfortable on lingerie shoots – then I had a child.

‘Somehow it felt a bit weirder to be in lingerie once I was a mum. Your body will never go back to exactly what it was before pregnancy, whatever people tell you. It can’t.

‘But I think I have a better body now than before I had kids… it just looks more formed now and I feel better about it than I did.’

The Brazilian beauty shot to fame in the early 2000s when she graced the covers of glossy magazines such as Vogue, GQ and Elle.

She was handed her Victoria’s Secret wings in 2006 and has been chosen to wear the Fantasy Bra twice in her 11-year tenure.