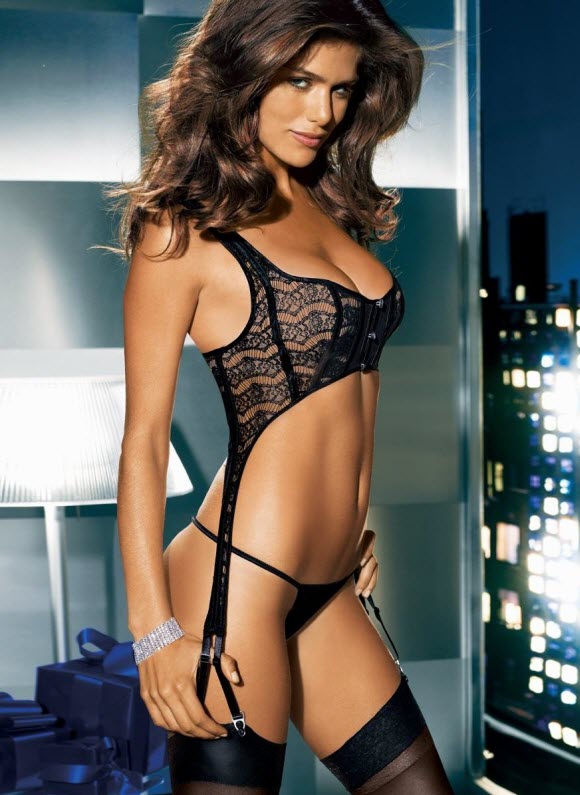 Anahi Gonzales Daly (born on Aug 15, 1978) is a Peruvian swimsuit and lingerie model, best known for her work for Peru magazines and advertisements.

She modeled for agencies Vision Los Angeles, M4 Models, Fotogen Model Agency, and No Ties Management among others.

Of all the advertisements and magazines that Anahi has posed for over the years, her most famous (at least here in the U.S.) would have to be when she made the pages of the coveted Sports Illustrated Swimsuit Issue in 2008. Her photo shoot was shot in South Africa. She was also on the cover of American magazine, Lincoln Road.

As far as her success in her native country is concerned, she was the cover model for popular Peruvian magazine Caretas in October 2004. She has also graced the covers of other such magazines as Casate Punto and Para Ti.

Since her success has yet to translate to the U.S., it is hard to tell whether she is more famous for her magazine modeling, or her work in advertisements. However, even if that is more of what she does on the side, she surely has done plenty as far as the subject is concerned.

Some examples of her many advertisement gigs include posing for such brands as Venus Swimwear, Black Out, Body Central, and Frederick’s of Hollywood.