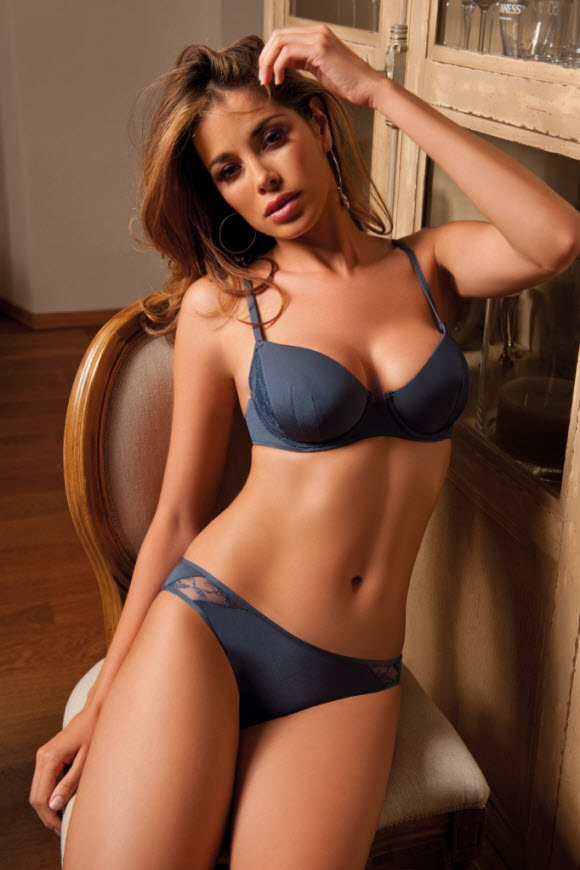 Aida Yéspica’s career began in the Miss Venezuela pageant in 2002. As Miss Amazonas, she represented the state of Amazonas. Although Mariangel Ruiz won the pageant, Yespica became a big favorite among the press. Despite her relatively average height (1.73m or 5’8″), her 90 cm-60 cm-90 cm (36″-24″-36″) measurements captured significant attention.

In 2003, Yéspica moved to Milan, Italy to start a modeling career. She became a big star in the Italian entertainment business, gracing the covers of multiple magazines including GQ and Maxim. Aida appears regularly on Fashion TV and RAI doing photoshoots, fashion commercials or as a presenter.

Yéspica became a reality TV star through L’isola dei Famosi (the Italian version of Celebrity Survivor) and Supervivientes (the Spanish version of Survivor). Her fiery temperament made her a favorite among both Italian and Spanish fans. She subsequently began work as an actress, appearing in the TV movie Domani è un’altra truffa.

In January 2007 Veronica Lario, the wife of Italian [then former] Prime Minister Silvio Berlusconi published a scathing front page letter to the editor in “La Repubblica,” in which she asked Berlusconi to apologize for flirting openly with two women at a public event. In the letter, she said that her dignity had been violated. Berlusconi’s party issued a public statement saying he would always protect her dignity. However, at an awards dinner only weeks later, Berlusconi was quoted as saying “If I wasn’t already married I would marry you right away” to Mara Carfagna, a representative of Forza Italia, and “With you I’d go anywhere” to Yéspica.

Yéspica has a son, Aron, born on 27 November 2008, with her former boyfriend, footballer Matteo Ferrari. In January 2009, Yéspica and Ferrari split up after two years of living together in Turkey. She also had a relationship with Adrian Mutu. Yéspica has been living in Spain since April 2011. After a relationship with Philipp Plein. in July 2012 she married Leonardo Gonzales, a Venezuelan lawyer.