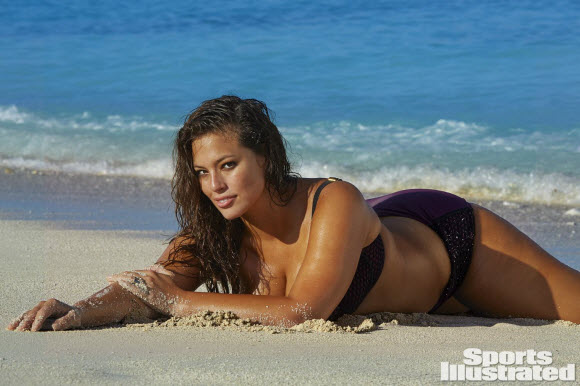 Ashley Graham‘s Sports Illustrated Swimsuit Issue spread was a major opportunity for the model, and she recently shared one the topless photos from that shoot with her Instagram followers.

Last year, Graham became the first “plus-size” model to grace the cover of Sports Illustrated Swimsuit Issue, which is definitely a huge accomplishment seeing as how the annual issue of the magazine debuted in 1964. 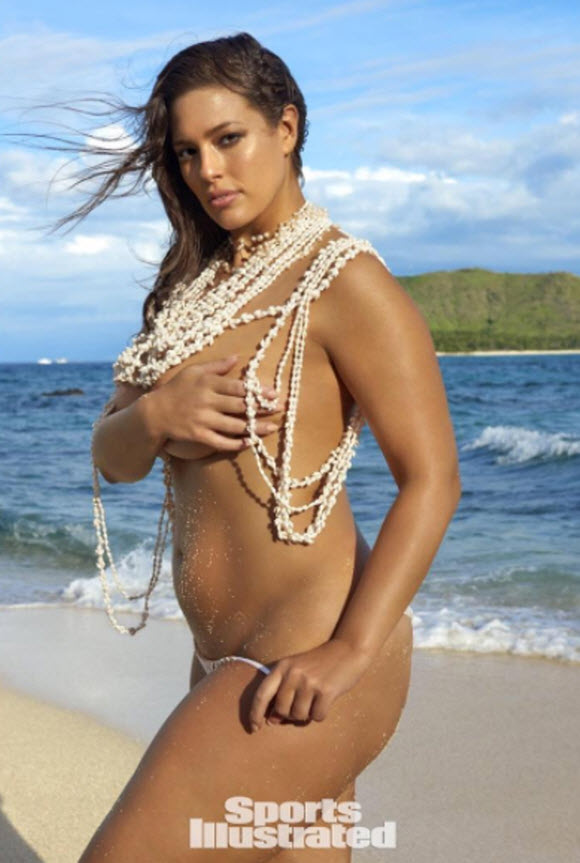 In addition to that, Graham also made her “acting” debut, and her “adorably cuddling up to Joe Jonas” debut, in the DNCE music video for “Toothbrush.”

Originally from Lincoln, Nebraska, Graham was discovered by her first agency while shopping a mall in Omaha, Nebraska.

She and her husband, videographer Justin Ervin, met at church in 2009 and the couple later married in 2010. They do not have any children.

Graham recently opened up about when she first brought Ervin home to meet her family, and how not all of them were open to accepting that she was dating a black man.

She said, “I naively hoped everyone would be colorblind.”

In her new book, A New Model: What Confidence, Beauty, and Power Really Look Like, Ashley goes in depth about what the experience was like.

She says, “I brought Justin home to Nebraska. Now, I should probably mention that Justin is black, and that I didn’t grow up around many black people. The sum total of what I learned about African American culture in school was Martin Luther King Jr., Rosa Parks, and the Underground Railroad.”

She went on to sorrowfully express, “I had never seen my loving, hardworking, and wonderful grandma be so hurtful and so racist.”

Eventually, Ervin won grandma over, as Graham goes on to tell, “Justin called my grandmother on her 60th wedding anniversary. He’s not a texter or an emailer; he’s a pick-up-the-phone-and-call-you person, and anniversaries are a big deal to him. Afterward, Grandma called my mom and said, ‘You’ll never guess who called me.’ And from then on out, she loved him … Loved him.”