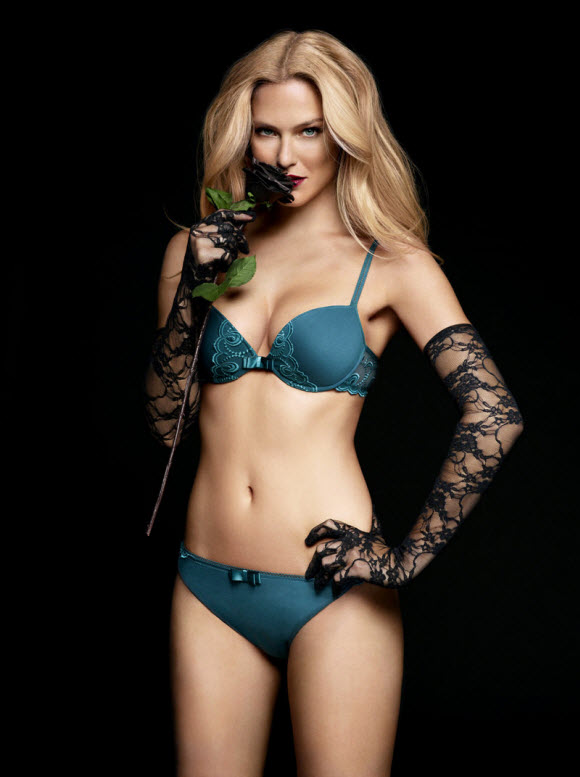 Refaeli is considered among the most internationally successful models to come from Israel, alongside models such as Nina Brosh and Michaela Bercu. According to Forbes Israel, she was the highest-paid model in Israel in 2013, ahead of the combined modeling income of other Israeli models such as Esti Ginzburg, Gal Gadot, and Shlomit Malka.

She was the cover model of the 2009 Sports Illustrated Swimsuit Issue, and was voted No. 1 on Maxim magazine’s Hot 100 list of 2012. Since 2013, Refaeli has been the host of The X Factor Israel.

Refaeli was born and raised in Hod HaSharon, Israel, to a secular Jewish family. Her parents, Rafi Refaeli and Tzipi (née Levine), own a horse ranch. Her parents were both born in Israel, and her grandparents were immigrants from Europe (Italian Jewish, Lithuanian Jewish, and Polish Jewish). Her mother was a successful model in the 1970s under her maiden name, Tzipi Levine.

Refaeli began modeling at the age of eight months, when she first appeared in commercials. Orthodonture at 12 interrupted her modeling until she was 15, when an Israeli beauty pageant awarded Refaeli “Model of the Year” (2000).  She played prominently in campaigns for the fashion brands Castro and Pilpel, and she starred in a Milky pudding commercial.

Refaeli became the second Israeli model to appear in Sports Illustrated magazine (after Michaela Bercu), in her 2007 debut in its Swimsuit Issue, where she posed with the rock band Aerosmith. Refaeli was the cover model for the 2009 Sports Illustrated Swimsuit Issue.  Southwest Airlines painted a bikini-clad Refaeli from that shoot on the side of its Boeing 737, which led some passengers to criticize the airline for what they regarded as prurient, and hence “offensive to families.”

On 5 March 2009, Refaeli received the World Style Award presented by the Women’s World Awards for her “natural elegance, sense of style and compassion.”  In October of the same year, Refaeli co-hosted Fashionable Istanbul’s press conference, announced its October 2009 fashion event, and appeared in its advèrtisements.FHM voted Refaeli No. 42 in 2008, No. 57 in 2010, and No. 97 in 2011, in its lists of the “100 Sexiest Women.”

Maxim placed Refaeli at the very top of its Hot 100 list in 2012.  In April 2012, Shalom Life ranked her fourth on its list of the “50 most talented, intelligent, funny, and gorgeous Jewish women in the world.” Refaeli has been referred to as a supermodel by Maxim Magazine, The Hollywood Reporter, the Daily Mail, The Algemeiner, The Jerusalem Post, The Independent, and others.

According to Forbes Israel, in 2013 she was the highest paid model in Israel, ahead of the combined modelling income of such other Israeli models as Esti Ginzburg, Gal Gadot, and Shlomit Malka.

As of March 2017, Refaeli was the second most influential person on Israeli Instagram, according to the Israeli Internet Association, behind Anna Zak, but ahead of Neta Alchimister.

Refaeli co-starred in the Israeli TV drama series Pick Up in 2005. In October 2008, she co-hosted the Bravo special program Tommy Hilfiger Presents Ironic Iconic America, based on the book Ironic Iconic America written by George Lois. She returned as a program host in 2009, this time for MTV’s brief revival of House of Style.

In 2011, Refaeli starred in the American-Israeli film Session, directed by Haim Bouzaglo. The film is a psychological thriller that tells the story of a manipulative psychiatrist who becomes obsessed with a new young patient. She also served as a guest judge on cycle four of Germany’s Next Topmodel hosted by Heidi Klum. In November 2012 she started her own model casting show Million Dollar Shootingstar on German TV Channel Sat.1.

In January 2013, Refaeli appeared in Go Daddy’s Super Bowl XLVII commercial, acting with Jesse Heiman (with whom she intimately kisses) and NASCAR driver and perennial Go Daddy pitchwoman Danica Patrick. In 2013, Refaeli also hosted the first season of The X Factor Israel, which became the most popular music show in Israel, leading to them bringing her back in 2015 for season two. In 2013, Refaeli played a starring role in the French-Israeli crime-caper film Kidon, a comedy in which she stars as a Mossad assassin involved in liquidating a terrorist.

Refaeli invests in a variety of business ventures in Israel, and has also launched her own.

Refaeli has an ownership stake in a number of fashion companies, such as in the designer glasses manufacturer Carolina Lemke.

In 2011, Refaeli and Dudi Balsar, an attorney and former male model, set up an E-commerce company called Under.me, to sell designer underwear. As well as being its investor, Refaeli runs business development for the venture. By November 2011, the company had raised $1 million in venture capital funds.

In 2013, her startup ‘Mika Look’, which is an iPad app that allows users to purchase the items that models are wearing, raised $1.2 million in its first financing round.

Refaeli is one of the main investors behind MyCheck, which processes payments behind smart phones, and which raised $1.7 million in its first financing round. In its second financing round, it raised $4.2 million.

On 16 December 2015, Israeli tax authorities in Tel Aviv detained Refaeli and her mother overnight for questioning related to potential tax evasion; she was accused of failing to pay income tax on two vehicles that she received as compensation for posing in pictures with the vehicles, and for evading taxes by disguising her Israeli residency by renting a luxury apartment in Tel Aviv through relatives.

In 2016, Refaeli lodged a police complaint for identity theft with the Israel Police after a news item in Calcalist linked her to suspicious money transfers involving Amir Bramly, based on leaked banking correspondence. Bramly sued the Calcalist reporter in relation to the media coverage.

She led a free campaign under the slogan “One Bag Less” to reduce the use of plastic bags in Israel. In 2009, she led an unpaid campaign on behalf of the Israel Water Authority, to educate the public about water use and conservation.

On 7 June 2013, Refaeli hosted a beach party in Tel Aviv for participants of Tel Aviv Pride, the city’s gay pride parade. In November 2013, Refaeli spoke out in support of legislation for civil marriages in Israel, as part of a campaign for the proposed Knesset bill.

Refaeli will host the closing ceremony for the 2017 Maccabiah Games in Latrun on July 18, 2017.

Refaeli once dated Baywatch actor David Charvet. In November 2005, she began a relationship with Leonardo DiCaprio after meeting him at a party in Las Vegas thrown for members of U2. In the course of their trip to Israel in March 2007, the couple met with Israeli president Shimon Peres and visited Refaeli’s hometown of Hod HaSharon.  The relationship ended in June 2009.  In 2010, numerous reports indicated that their romance had been rekindled, but in May 2011, it was reported that the couple had ended their romantic relationship, though they would remain friends.

Refaeli got engaged to Israeli businessman Adi Ezra in March 2015. She has said she plans to raise “a big Jewish family” with him. The couple were married in Israel on 24 September 2015. They have a daughter named Liv Ezra, who was born in August 2016. In March 2017, Refaeli announced via social media that she was expecting her second child

As early as 2004 Refaeli received criticism in Israel for avoiding service in the army. At the time model Agam Rodberg said: “The way Bar Rafaeli [sic] evaded army service wasn’t right. It’s worth trying to serve in the army, and only if you don’t feel good there to try and do something.”

In 2007, it was reported that Refaeli had evaded the draft by marrying family acquaintance Arik Weinstein in 2003, and divorcing him soon afterwards, to avoid military service in the Israel Defense Forces (IDF),  which is mandatory in Israel for unmarried secular Jewish women over the age of 18.

The Israeli Forum for the Promotion of Equal Share in the Burden threatened to boycott the fashion chain Fox if they hired Refaeli. The two sides reached a compromise in which Refaeli agreed to visit injured IDF soldiers whenever she is in Israel, and actively encourage enlistment in the army. Refaeli later said, “I don’t regret not enlisting, because it paid off big time. That’s just the way it is: celebrities have other needs. I hope my case has influenced the army.” She also said: “Israel or Uganda, what difference does it make? It makes no difference to me. Why is it good to die for our country? What, isn’t it better to live in New York? Why should 18-year-old kids have to die? It’s dumb that people have to die so that I can live in Israel.”

In 2009, while speaking in support of enlisting, fellow Israeli model Esti Ginzburg criticized Refaeli for evading military service. In 2011, Refaeli was featured on the cover of Italian GQ‘s war-themed May 2011 issue. Refaeli’s avoidance of military service was again raised in 2013, this time by IDF Brigadier General Yoav Mordechai, who criticized the Ministry of Foreign Affairs for casting Refaeli in a 2013 advertisement. Mordechai maintained that the use of Refaeli as an “official representative of Israel” sent a “negative message” to Israeli society.

In 2014, during Operation Protective Edge, Refaeli frequently expressed solidarity and appreciation of Israeli citizens serving in the Israeli Army with postings on her social network accounts, and by posting selfies of her together with smiling Israeli soldiers.