Bluebella sells out in Japan 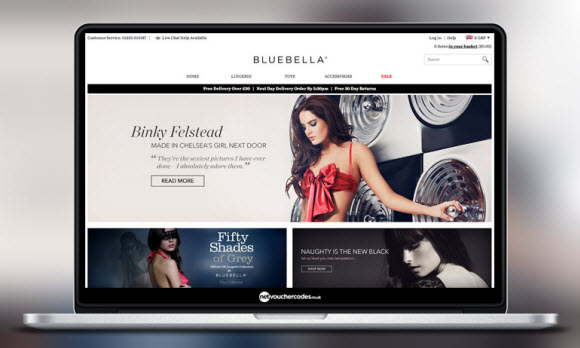 Bluebella has had a hugely successful launch in Japan after items from their boudoir nightwear collection went viral, including the Unwrap Me Body Bow.

Available in red or black satin, the bow sold out in hours after it began trending on social media, with Japanese fans even creating anime style cartoon versions or the star item. Within hours of the #UnwrapMe hashtag trending thousands of the Unwrap Me Body Bow were sold and the story got picked up on major Japanese media websites.

Bluebella CEO Emily Bendell said: “The response in Japan to our lingerie has been sensational. We were approached by a retailer to sell there but we hadn’t planned a big launch for that country yet, so we didn’t put any marketing spend into it, but within a week we were sold out of the Body Bow and we were having to quickly re-stock. The first I saw of it was when we started to get lots of tweets mentioning us from Japan and we soon realised that we were trending on social media over there.”

“It’s really put us on the map in Japan and we have had several enquiries from large department stores interested in Bluebella lingerie and nightwear. Our recent success at trade shows in London and Paris shows the international appeal of the brand,” she adds.