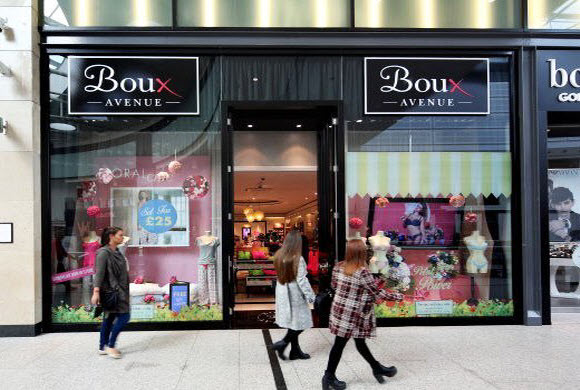 Theo Paphitis’s Boux Avenue lingerie business led a sales uplift at his group over Christmas, the tycoon has revealed to Retail Week.

Boux Avenue also showed strong momentum in the Paphitis stable’s most recent financial year, when performance was mixed as changes at the Robert Dyas hardware chain had an impact.

Entrepreneur Paphitis said retail is going through its most dynamic time ever, but he hit out at the effect of the burden of business rates and said the industry faces a “perfect storm”.

Boux Avenue, which has 28 UK stores and 14 franchised branches overseas, achieved a like-for-like sales advance of 16.6% in the six weeks to December 24.

Paphitis intends to build on Boux’s performance through an online focus and further franchise development.

Stationer Ryman, which has 216 stores and recently acquired London Graphic Centre, notched up a like-for-like increase of 1.4% over Christmas.

Robert Dyas, which has 95 stores, delivered a like-for-like increase of 2%.

Paphitis said of group performance: “Once again, we observed the further shift of our customers to purchasing online with growth in this channel across the group being over 50% ahead of last year.

“Like last year, we saw multiple peaks with Black Friday being a key.

“Retail is facing many challenges, particularly with a decline in footfall on many high streets, but at the same time we see opportunities that come with the continued development of technology that makes shopping as convenient for customers as it has ever been.”

He maintained: “I have never known a more dynamic time for retail. Working with heritage brands, Ryman and Robert Dyas that have both been around for over a century, the pace of change is more challenging and opportunistic than ever.”

But Paphitis observed: “Retail, especially bricks and mortar, is facing the perfect storm.

”Changes in consumer habits, the impact of the weaker pound against the dollar and euro, coupled with increasing labour costs, the apprenticeship levy and the sucker punch in the lack of an honest and equitable reform of what is an archaic system of business rates.

“With regard to the so-called recent business rates reform, retail has changed dramatically over the years but is faced with a tax that was introduced in a different world.

“The facts are that footfall and activity on our high streets and town centres are in decline but businesses like ours are about to see an overall increase instead of a decrease in their rates bill in the next 12 months.”

The retailer is now also selling its product on Asos, Shop Direct’s Very and Littlewoods sites, and Next’s Lipsy site.

Underlying EBITDA at Dyas declined from £7m to £1.5m.

That was blamed on “significant disruption and change, resulting in a new management team and further investment in the year in developing the business including logistics and ecommerce infrastructure for future growth”.