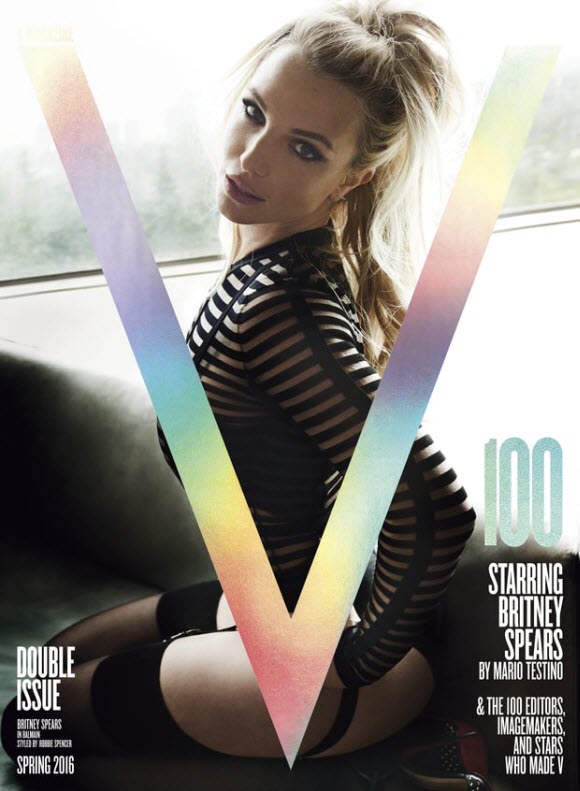 Britney’s back! Britney Spears showed off her fit figure in a sheer striped bodysuit on the cover of V magazine’s 100th issue, released on March .

In the sultry photo, Spears, 34, rocks a Balmain one-piece over a Tavik swimsuit and a What Katie Did garter belt and stockings, all while wearing sky-high Christian Louboutin heels.

The Spring 2016 issue, on newsstands March 8, marks a shift in the content of the glossy, from fashion to pop culture. “When looking for cover-worthy subjects for our 100th issue, we had to ask ourselves, Who do pop stars and musicians — who have become an integral part of what V represents — look up to and admire?” founder and editor-in-chief of V, Stephen Gan, said. “There was only one answer: Britney! She has entered icon status, and who in our world did not grow up listening to her music?” 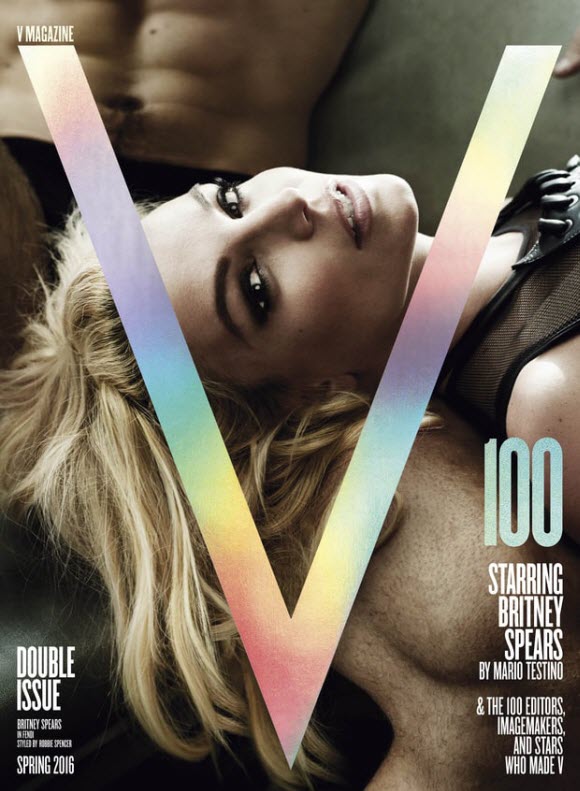 In the feature, Spears reflects on her two decades in the public eye. “Whoever is in the spotlight, people are really quick to judge … You know, Justin Bieber, he’s huge, and he experiences that. It’s just the way the world works, unfortunately,” she explained. “I’ve been doing this for 20 years. I kind of don’t pay attention to it. I have my relationship with God and myself and that’s what matters to me. I really don’t care what most people think.”

Her sizzling cover comes just a week after she debuted a series of sexy bikini videos, showing off her amazing body even more. “Girls just wanna have fun,” the mother of Sean Preston, 10, and Jayden James, 9, captioned the first of three sexy clips. “Never released a video for this song…so decided to do a little tease on Instagram instead…enjoy!!”

What do you think of Britney’s V cover?