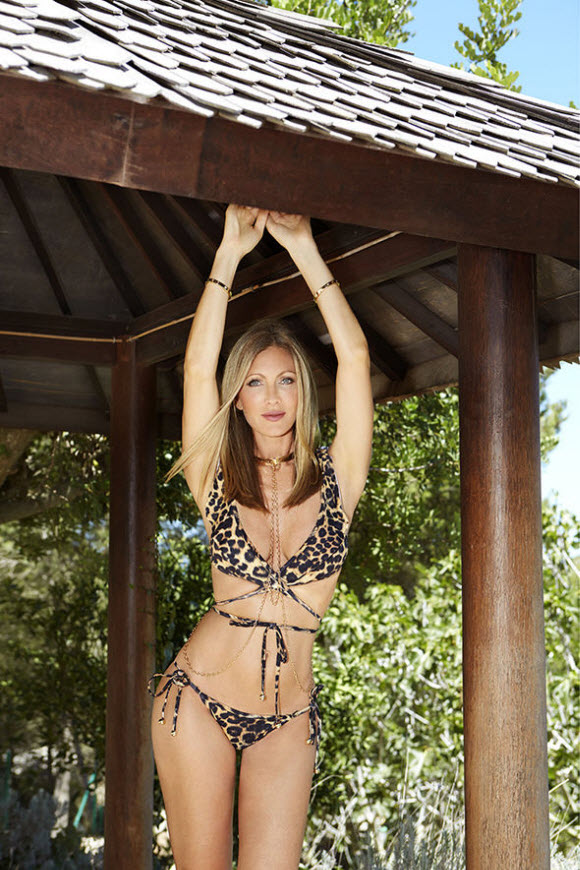 Caprice Bourret proved she hasn’t aged a day as she stripped off for a jaw-dropping 2017 calendar snap, 20 years after she posed for a similar shoot which also saw her flaunting her sensational physique.

Caprice, 45 could be seen stripping down to a racy leopard-print two-piece for one seriously sexy snap in Ibiza this year, after she showcased her phenomenal looks in a previous calendar shoot.

The supermodel pulled a similar pose in both shots, with her standing with her arms in the air and shooting the camera a sultry stare.

In the recent image, Caprice had her washboard abs and enviable cleavage on full display, with her highlighting her ample assets as she wore a gold choker which featured a long chain that dangled in between her bust.

Caprice wore her blonde locks loose and straight, with her accentuating her stunning features with lashings of pink lipstick and some smokey eye make-up. 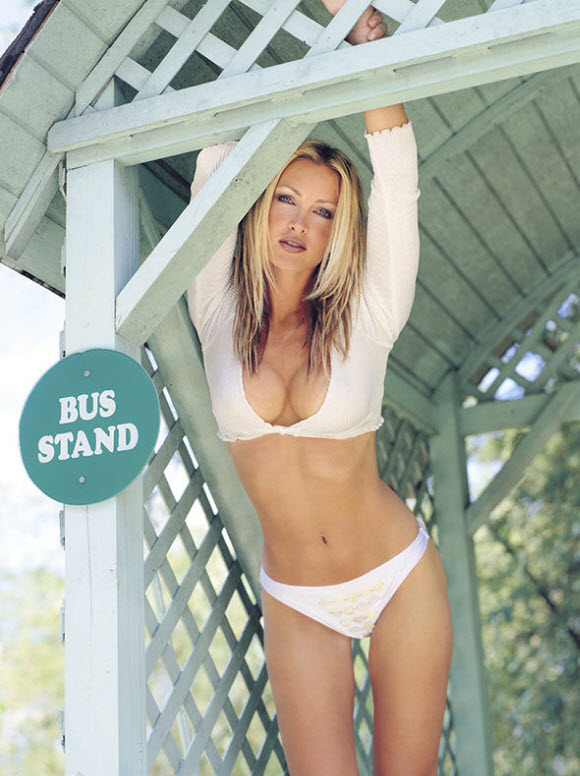 The bombshell could then be seen perfecting her pout once again in the 1997 addition, with her flaunting extreme cleavage in a plunging white crop top and a pair of matching undies.

Caprice wore similar make-up and she had her hair styled in a slightly more tousled ‘do, with her oozing sex appeal as she sent temperatures soaring in the racy photograph.

The star’s latest shoot comes after she burst into tears on Loose Women back in April when she opened up about the moment she “begged her father in heaven to live” when she almost died after being diagnosed with a brain tumour. 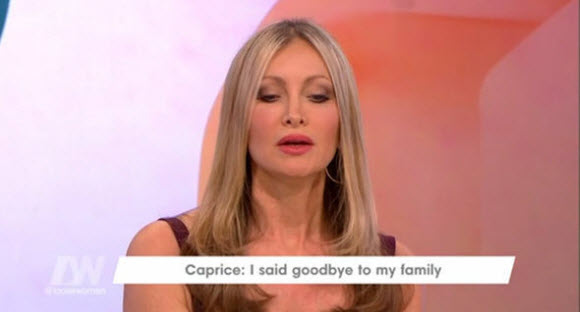 Caprice sobbed as she spoke out about having surgery to remove the tumour back in March, with her saying that despite having to quit The Jump after the diagnosis, she credits the Channel 4 reality TV show for “saving her life”.

Speaking to the panellists, Caprice explained: “[I was told] ‘don’t be alarmed but you have a brain tumour.’

“I said ‘what are you talking about?’ Obviously I started to break down and cry hysterically and I just said ‘am I going to die?’ My children were [the] first thing that I thought of.

“I’m relatively healthy, I’ve never done drugs and I couldn’t believe what they were telling me.”