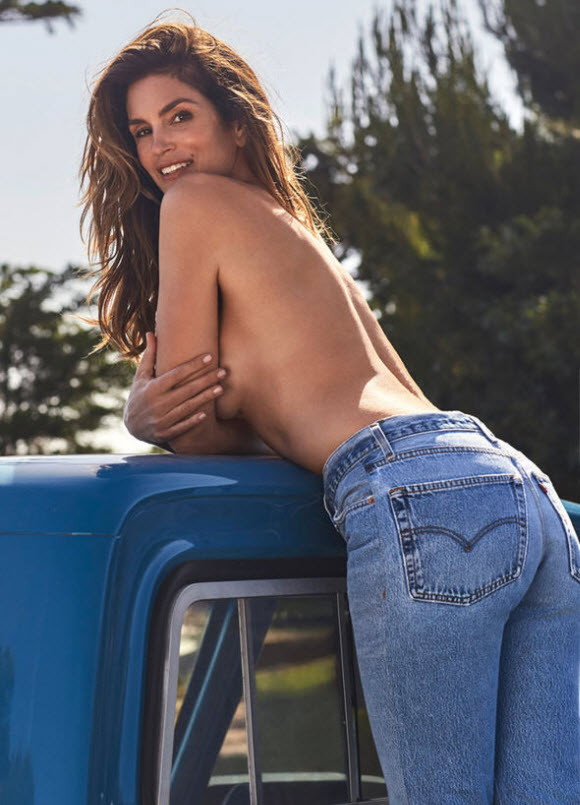 Supermodel Cindy Crawford proved she’s still got it as she went completely topless in one eye-popping snap, showcasing both the vintage jeans and her sensational figure.

The 51 years old model leaning on the hood of a car, Cindy could be seen covering her bare breasts by wrapping her arms around herself as she shot a coy smile over her shoulder at the camera.

Wearing nothing but the pre-loved denim, the 90s pin-up flaunted her incredibly youthful appearance, opting for a subtle, fresh-faced make-up look and wearing her famous chocolate tresses in loose waves which cascaded down her back, blowing in the breeze. 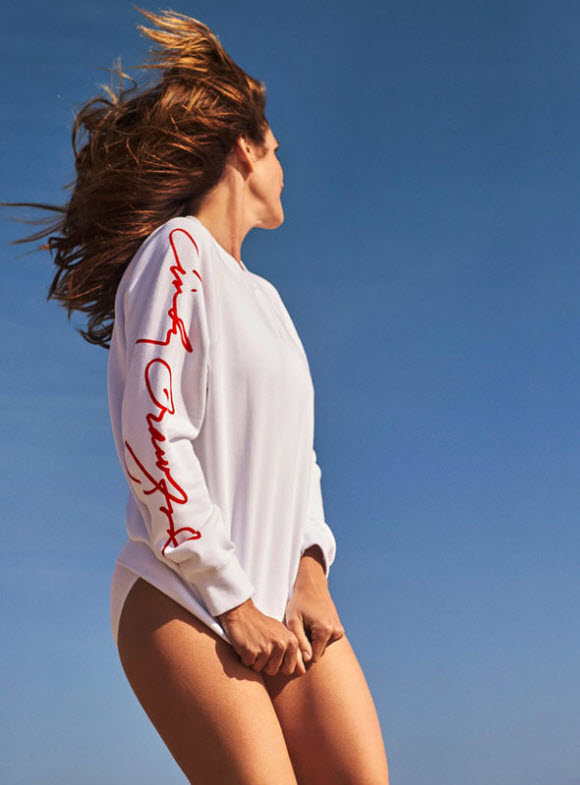 A second smouldering snap showed the brunette bombshell ditching her trousers altogether, donning a casual white top from the collections as she showcased her pert posterior in a pair of skimpy white knickers.

Cindy’s enviably long and slender pins took centre-stage in the picture as she turned her head away from the camera, rocking a beachy, surfer girl look set against a breathtaking backdrop of blue sky. 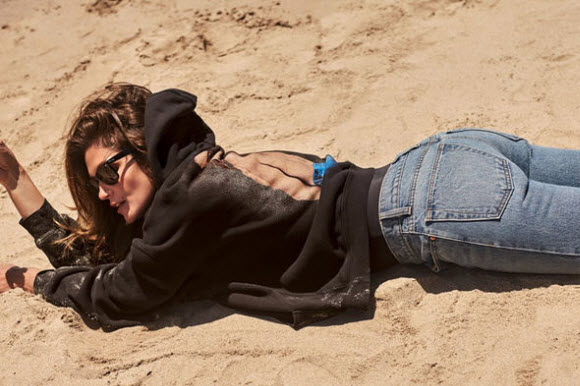 Later in the shoot, she covered up in a black hoodie, which featured a topless image of from her heyday emblazoned on the back.

Rolling around in the sand, Cindy teased a glimpse of her trim waist and arched her back to accentuate the curve of her peachy behind. 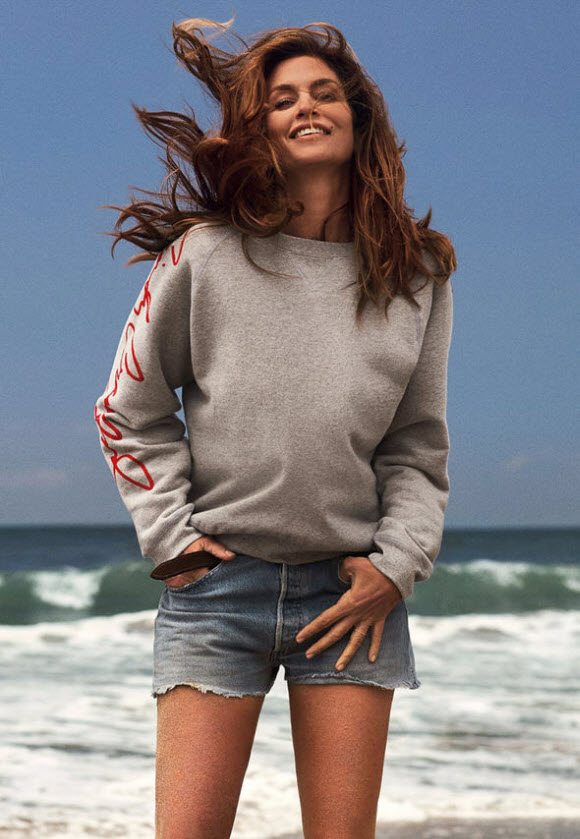 Her all-American style is evident throughout her capsule collection with Re/Done, and the new campaign emulates some of her most iconic snaps from back in her modelling prime.

Earlier this year, she took to Instagram to share a smoking hot snap which appeared to be from behind the scenes of the shoot with her 2.3 million followers.

Wearing nothing but a snug-fitting pair of blue denim jeans, Cindy exposed a glimpse of sideboob as she lay topless on the beach, kicking her feet casually into the air behind her.