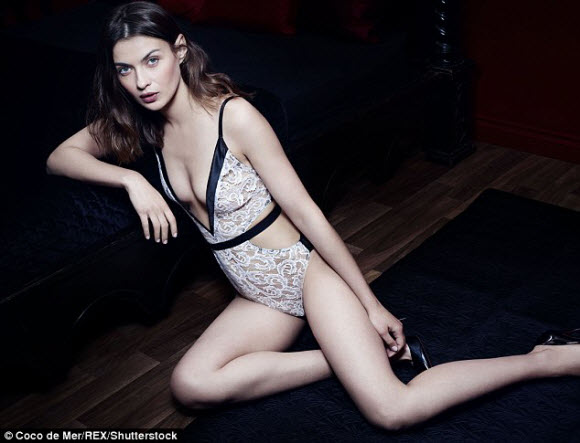 The ad for the steamy sequel to Fifty Shades of Grey netted a record-breaking 114 million views in its first 24 hours, so it seems the nation has an appetite for all things Christian Grey. 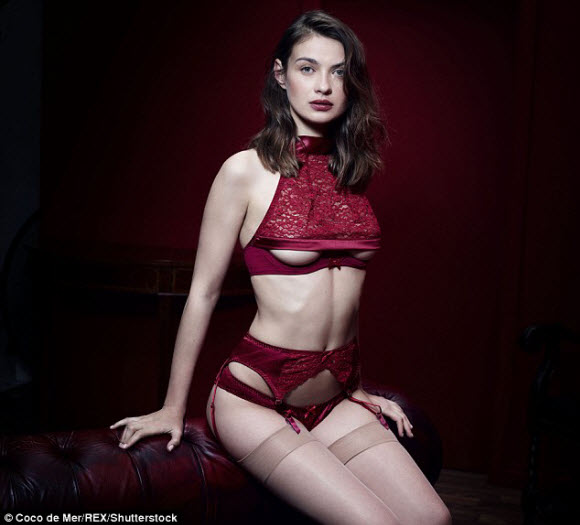 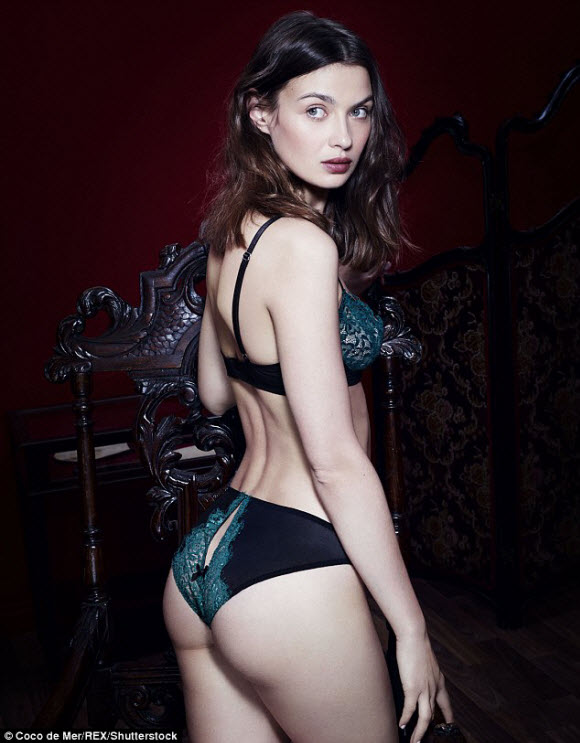 The sexy pieces are apparently inspired by the growth in sexual confidence of the books’ heroine Ana and they are the first official products to be released ahead of the new movie.

The new lingerie – which is on sale now – is inspired by student Ana’s growth in sexual confidence as she gradually takes the dominant role in her relationship with billionaire Christian Grey. 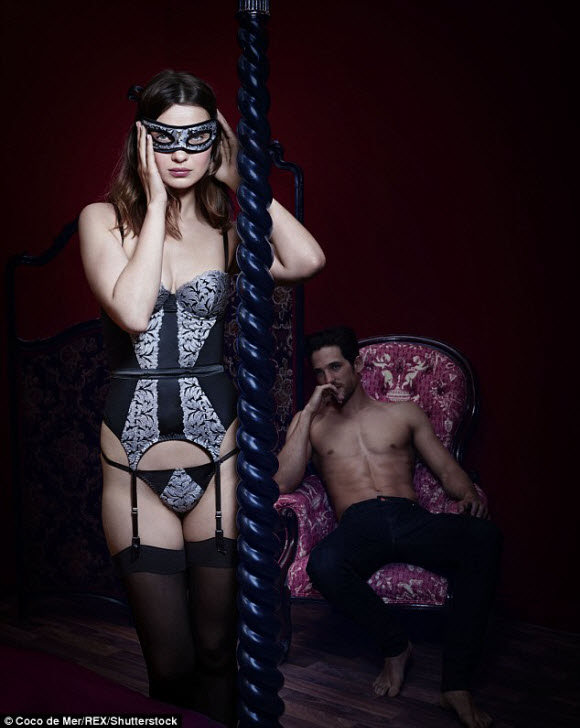 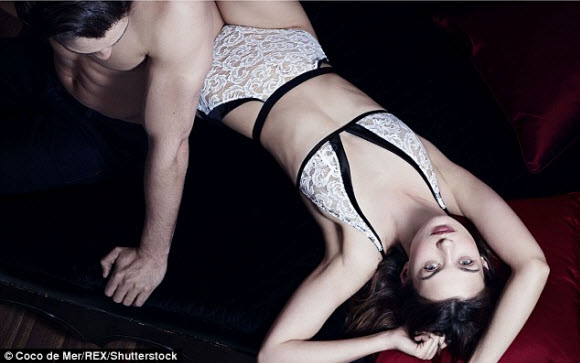 E L James explained: ‘I took inspiration from Coco de Mer when I was writing the books and visited the boutique in Covent Garden as part of my research.’

The collection, which is priced between £15-£60, includes a piece called Red Room – bordeaux satin with lace and silver componentry, inspired by the books’ bondage room, Escala – an all over lace and contrasting satin piece inspired by Christian’s modern penthouse, and Masquerade – a black satin piece with custom embroidery in shades of grey, inspired by the basque in the book.

A spokesperson for the brand added: ‘Fifty Shades Darker documents Anastasia’s growth in self-worth which has a knock-on effect on her relationship with Christian. She is now more in control – it’s as if the roles have been reversed.

‘Ana starts to uncover her underlying sexual desires – becoming more liberated in and out of the bedroom. Taking inspiration from the Seattle skyline and the pivotal masquerade ball, the collection focuses on empowering women while celebrating femininity and sophistication.’ 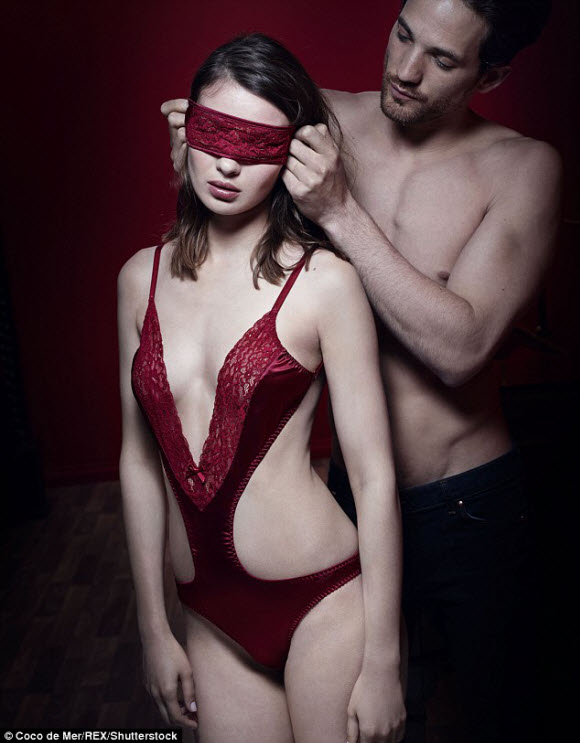 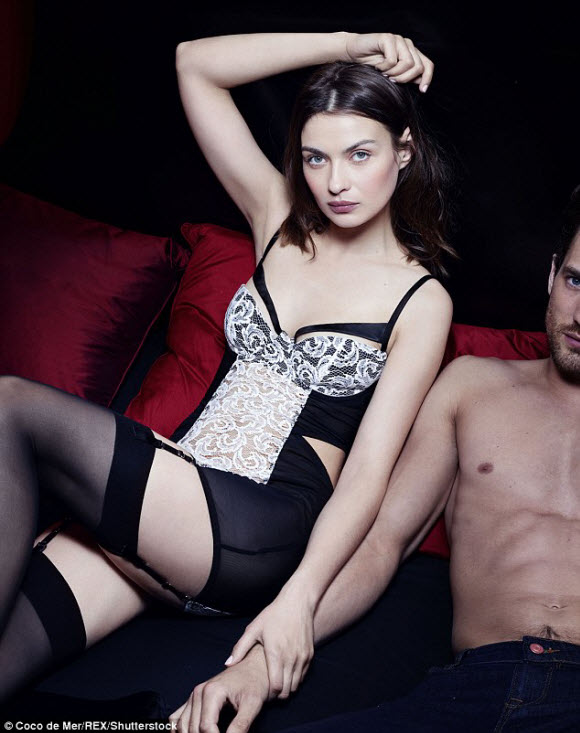 The new lingerie has been created to coincide with the release of the new Fifty Shades Darker movie, starring Jamie Dornan and Dakota Johnson, which comes out globally around Valentine’s Day next year.

The first movie was the highest grossing adult movie of all-time – and it seems the second is set for equal success.

The ad for the steamy sequel to Fifty Shades of Grey netted a record-breaking 114 million views in its first 24 hours, surpassing The Force Awakens’ 112 million views, according to Universal.

The promotional spot debuted online Tuesday and raked in 39.4 million views from North America alone. By comparison, The Force Awakens trailer launched during Monday Night Football in 2015, where it was seen by an estimated 16 million viewers, which was in addition to the 112 million online views.