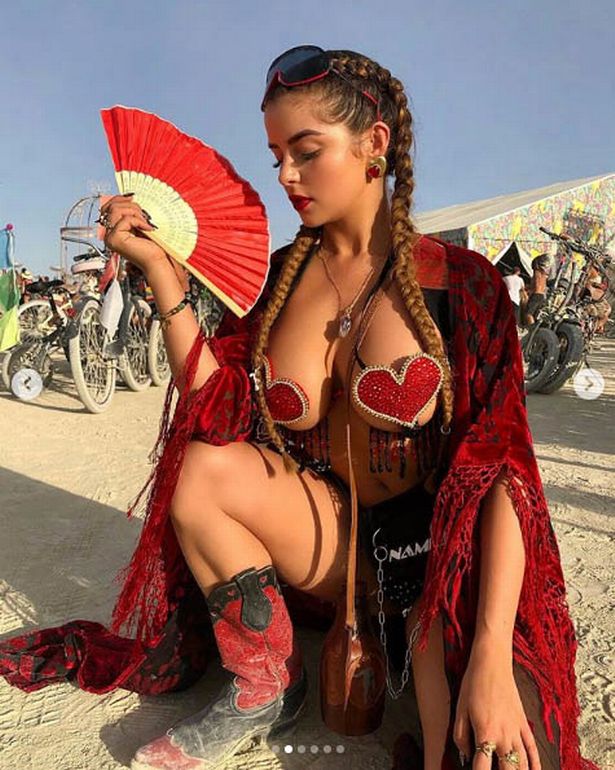 Demi Rose Mawby went offline for a week as she took a break from her social media platforms.

But now the British beauty is making it up to her 10million followers by inundating them with a sea of sexy pics. 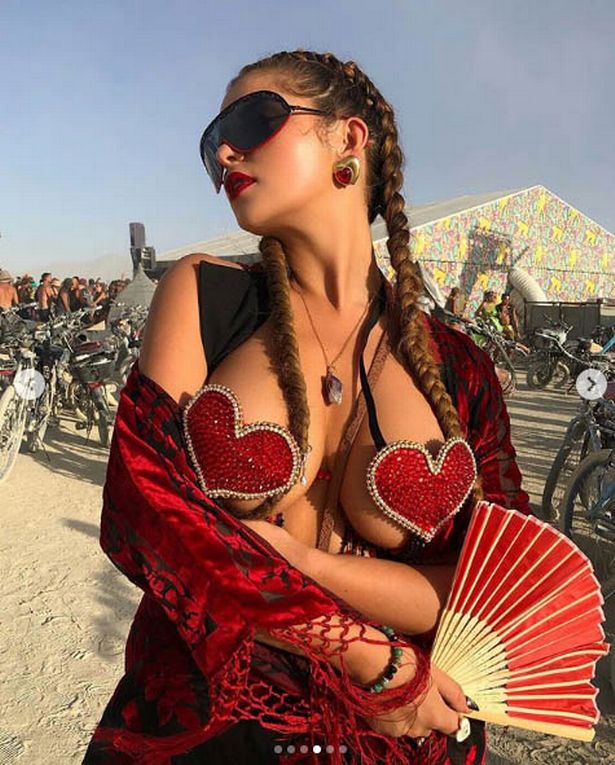 The 24-year-old risked it all in her latest daring outfit.

Taking to her official account, Demi was clearly feeling herself as she shared four pictures of her in the same raunchy outfit.

Standing in a desert, Demi went topless and covered her modesty by taping some glitter red hearts over her assets. 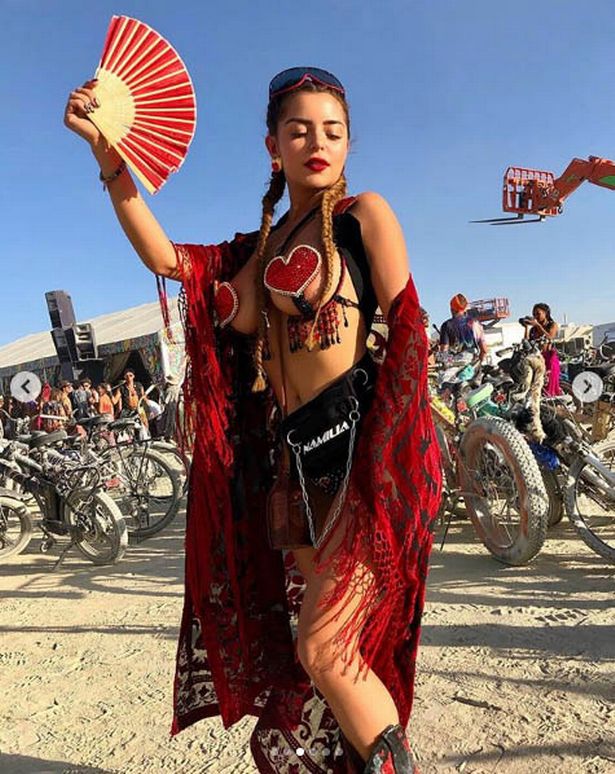 Featuring tassels hanging down, she oozed body confidence while striking a number of different poses.

The beauty paired it with some bikini bottoms which were covered up by her bum bag.

Demi wore her hair in braids as she danced around with a fan at Black Rock City. 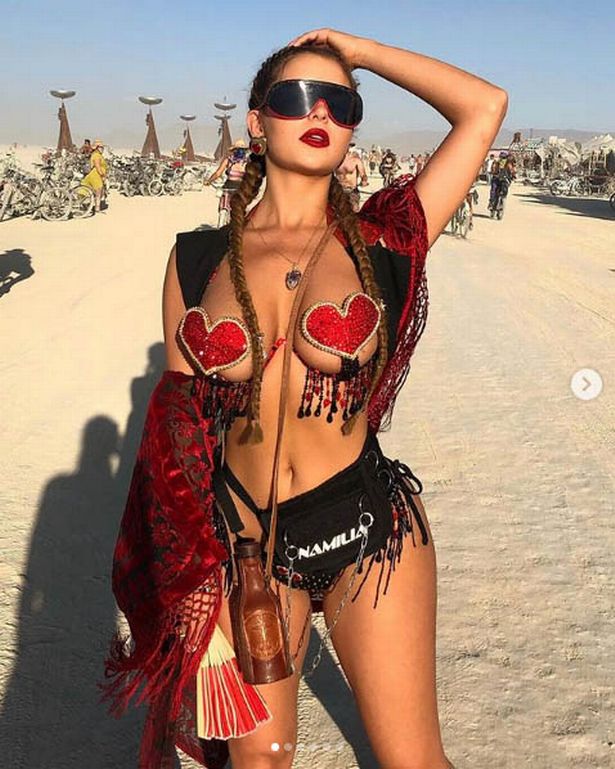 Donning a red lipstick to match her attire, she completed the look with a pair of cowboy boots.

Her fans clearly missed her as they rushed to the comments section to gush over her good looks.