Elsa Hosk In Stunning Look With White Bikini At The Beach 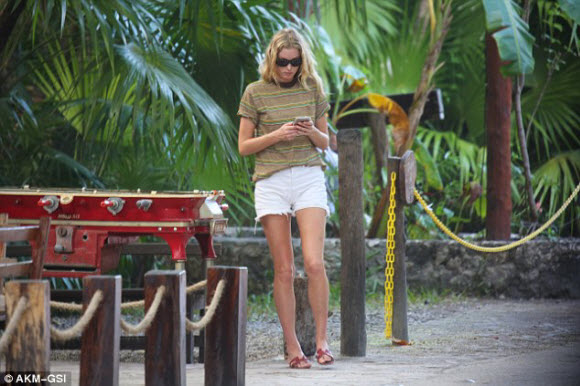 Victoria’s secret angel Elsa Hosk has one of the most impressive physiques on the planet.

And Elsa Hosk looked white hot on the beach in Mexico on Saturday as she topped up her tan.

The 28-year-old model put on a peachy display as she showcased her pert posterior in a skimpy white string bikini. 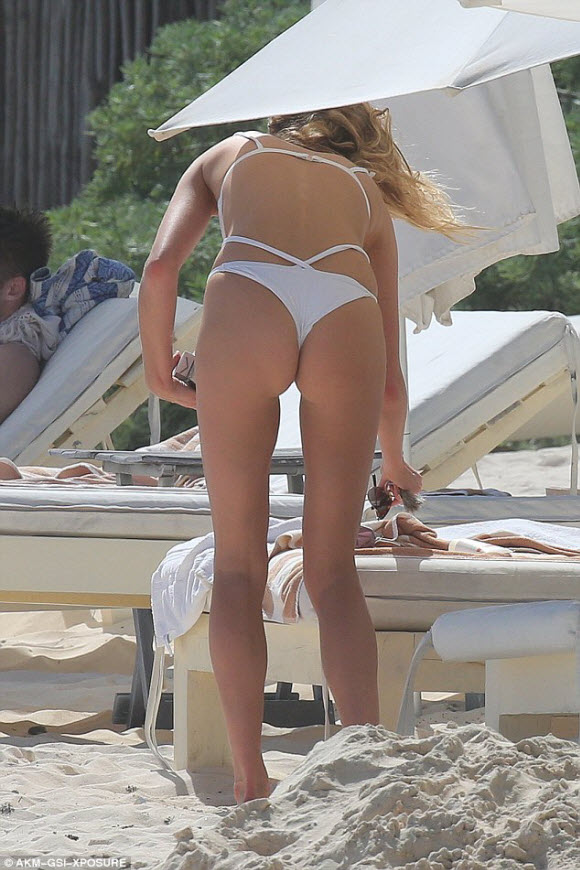 The Victoria’s Secret Angel risked getting some odd white marks in the fancy Brazilian style bikini.

She left her blonde locks loose in beachy waves and looked stunning make-up free.
Later she took a walk in white cut-off shorts and a striped Tee.

Elsa was inspired by the Women’s Marches across the globe on Saturday.

The 28-year-old Stockholm, Sweden native took to Instagram to write about her ‘solidarity with my sisters’ by sharing a photo of with her pals on the beach.

Their hands were raised as they flashed their bikini bottoms.

The stunning star was on a photo shoot in Tulum, Mexico, all last week.

‘YES WE MUST,’ she began. ‘For my mothers. For my sisters. For our future daughters. For the women who taught me and raised me to stand up, speak up for my rights.

‘Running, marching here in solidarity with @womensmarch and my brothers and sisters who are in Washington, New York City and all over the world. We, here in Tulum, are with you in spirit.’

The one-time winner of Sweden’s Next Top Model has walked for high-end fashion houses such as Dolce & Gabbana, Dior and Ungaro.

Elsa’s career in 2015 had a huge boost when she was promoted to Angel status by Victoria’s Secret, joining an elite group of famed supermodels that include Alessandra Ambrosio, Jasmine Tookes, Behati Prinsloo and Stella Maxwell.

Elsa, speaking about her ascension up the catwalk ranks in a 2015 interview on her website, described her initial days as an Angel for the lingerie giant as ‘amazing and unexpected. 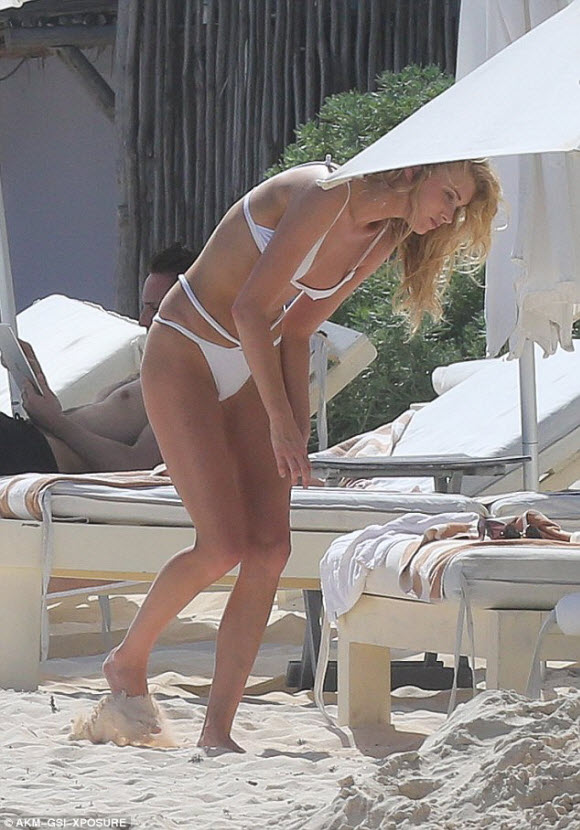