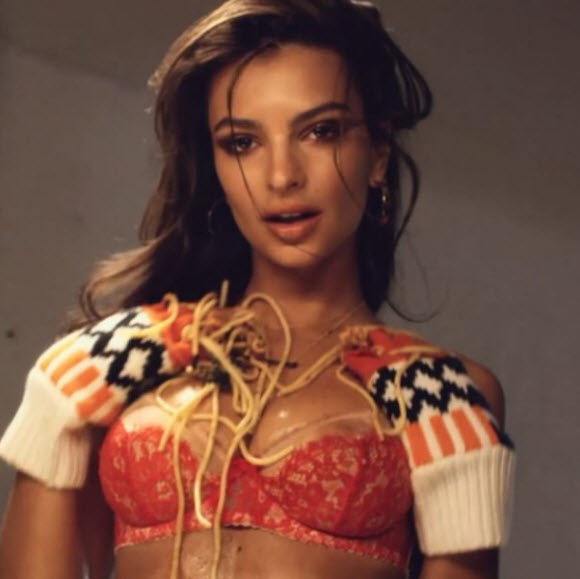 Emily Ratajkowski writhes around dressed in lingerie in a mountain of spaghetti in a new video, as she said personal choice is a key part of her feminism.

The actress and model is the latest star to take part in the Love magazine Advent calendar.

Kendall Jenner, Ashley Graham and Bella Hadid are among the other models starring in the daily videos.

Ratajkowski’s video shows her pouring red wine on her chest and lying in a pile of spaghetti on a table.

She told the magazine: “To me, female sexuality and sexiness, no matter how conditioned it may be by a patriarchal ideal, can be incredibly empowering for a woman if she feels it is empowering to her.

“The way I dress, act, flirt, dance, have sex – those are my decisions and they shouldn’t be impacted by men. Being sexy is fun and I like it. I should never have to apologise for that.

“My life is on my terms and if I feel like putting on sexy underwear, it’s for me. Personal choice is the core ideal in my concept of feminism.”

She added she had been distressed to see women blaming each other in the wake of the Harvey Weinstein sexual harassment scandal.

She said: “In the wake of the Harvey fallout and women coming forward with incredible amounts of sexual harassment cases, I have been so disappointed to hear women talk about ‘modesty’ and ‘our responsibility’ as if we need to, yet again, adjust to make it ‘easier’ for the rest of the world. 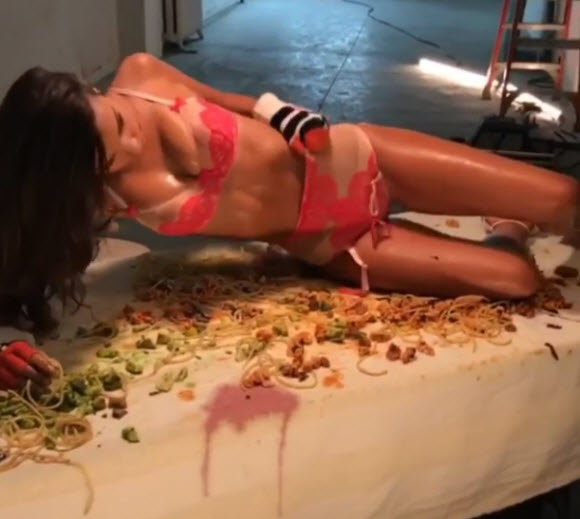 “I’m tired of having to consider how I might be perceived by men if I wear the short skirt or post a sexy Instagram. I want to do what I want to do. Feminism isn’t about adjusting, it’s about freedom and choice.”

She continued: “I don’t care about your reaction or what you do with my expression of self. In fact, it has nothing to do with you at all and that’s the point – which is why it feels good. Ultimately, if a woman wants to wear a burka or nothing at all, it’s great if it’s what she wants and feels good about.”