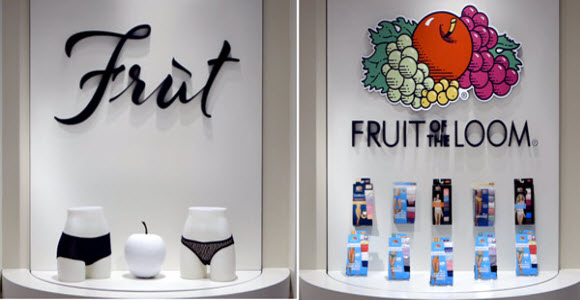 When Fruit of the Loom learned an apparel company sought to market clothing bearing the insignia “Fruit of the Tomb,” a court would likely hear a suit, you’d presume.

According to the lawsuit, En Garde filed with the U.S. Patent and Trademark Office on July 8, 2015, to register the Fruit of the Tomb trademark for use on the company’s clothing.

Fruit of the Loom learned of the application and sent a letter to En Garde on Oct. 6, 2015, requesting the trademark application be withdrawn and for En Garde not to use the Fruit of the Tomb mark on its clothing.

Attorney Carrie Shufflebarger, representing Fruit of the Loom, claims the company received no response from En Garde, prompting Fruit of the Loom to file an opposition to En Garde’s trademark application on Nov. 25, 2015, with the federal patent and trademark office’s Trademark Trial and Appeal Board, which remains pending.

En Garde submitted a response on March 1, 2016, to Fruit’s opposition indicating it had not begun advertising or selling goods bearing the Fruit of the Tomb mark.

On April 9, 2016, someone registered the internet domain name fruit-of-the-tomb.co, and sales of Fruit of the Tomb-labeled apparel began in June of that year locally in Houston, according to the lawsuit.

En Garde filed a response in the trademark appeal proceeding on May 26 indicating it had begun using the Fruit of the Tomb mark in sales in September of the previous year.

Shufflebarger did not respond to an e-mail requesting comment.

En Garde is owned by Robert and Rose Filteau.

According to Fruit of the Tomb’s website, the couple have full-time jobs beyond the clothing label, which they showcase at various weekend festivals and markets.

“I’m not going to say (the clothing has) a Halloween motif, but it’s certainly more Gothic and Neo-Gothic apparel,” Robert Filteau said. “It’s been an uphill battle. Any time you’re starting a new venture, it’s difficult to get a foothold in the marketplace.”

Describing En Garde as a “mom-and-pop operation,” Filteau said when reached Wednesday that he was unaware of the lawsuit.

“I can’t imagine how anyone could confuse the things we make with the things that Fruit of the Loom makes,” Filteau said.