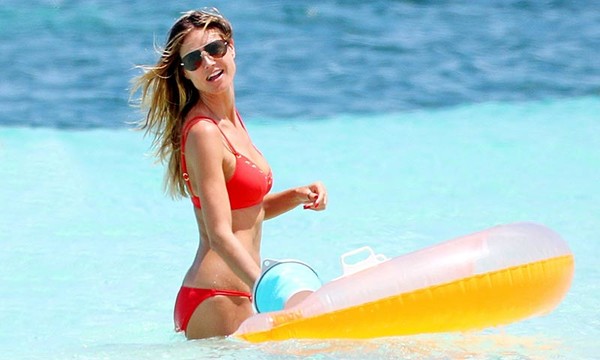 Heidi Klum after dazzled in a silver and black mini dress at the American Music Awards in Los Angeles on Sunday with her husband Tom Kaulitz and two days later, she shared a racy nude snap of herself as she lounged in Los Cabos, Mexico.

The 46-year-old supermodel was naked on a lounge chair with her back facing the camera, revealing hints of her stunning figure in the gorgeous Instagram post shared Tuesday. 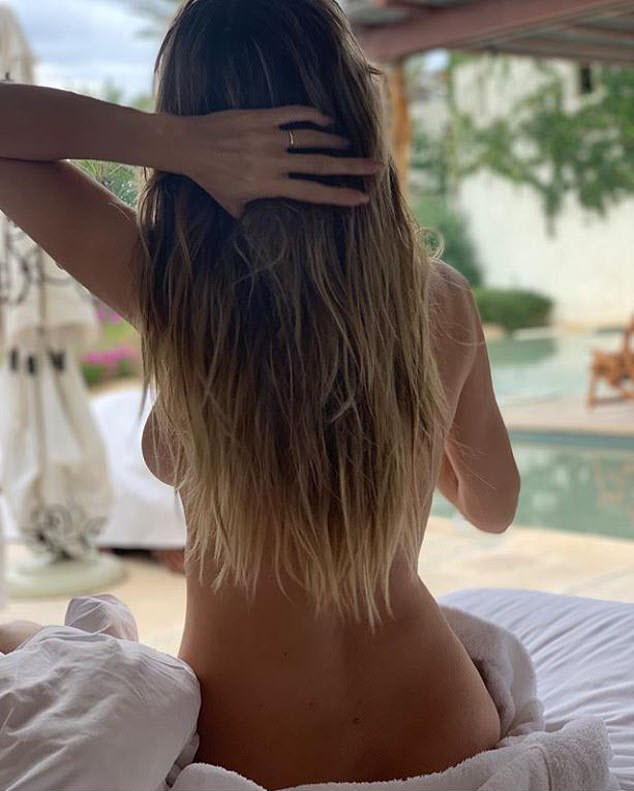 The mother of four showcased her toned back as well as a flash of her ample cleavage while posing faced away from the camera.

Heidi had a towel loosely wrapped around her waist with her long blonde tresses cascading down her back.

She had one hand on her tresses – showcasing her gold wedding band; her other hand was in front of her. 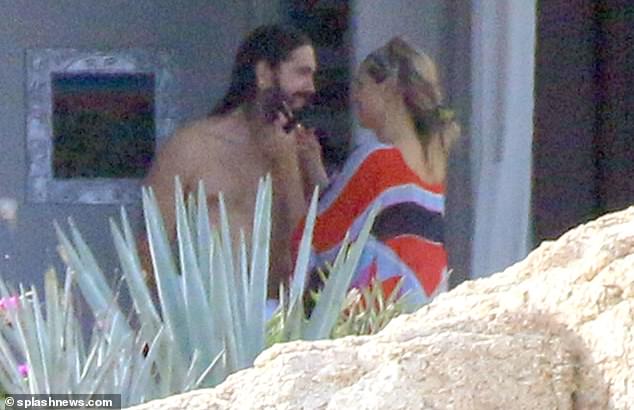 Heidi captioned the image: ‘Good morning from somewhere else,’ adding the hashtag: ‘#TodayWillBeWhatIMakeIt.’

Heidi was seen rocking a red, blue and purple dress while on her Mexico family holiday.

The beauty was also seen helping her husband Tom, 30, groom his scruffy beard; his twin brother Bill Kaulitz was seen chatting with them.

Heidi is the host of the new German show Queen Of Drags with Bill and Conchita Wurst as judges.

The beauty was seen sharing a sweet kiss with her husband as he lounged on a chair.

Just two days prior, Heidi dazzled in a feathered silver and black number, which featured a low-cut neckline, at the American Music Awards at Microsoft Theater in Los Angeles. 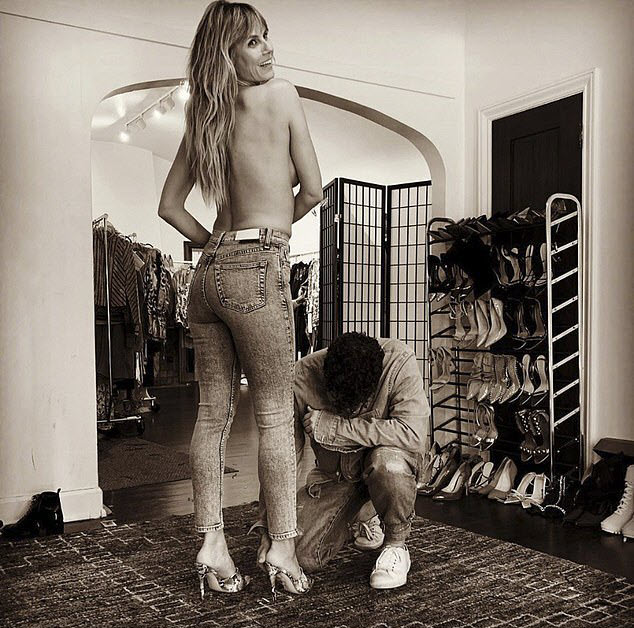 The cover girl showcased her toned legs in the look as she posed with handsome Tom, who opted for an all-black ensemble.

Heidi and Tom married in February 2019 with their wedding ceremony six months later on a yacht off the Italian coast.

The lovebirds went public with their relationship in May 2018 and announced their engagement on December 24, 2018.