How Adore Me Discovered The Data Behind Lingerie Models 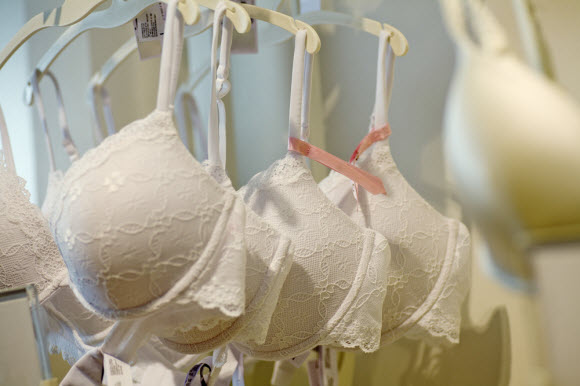 So, how did a “team of geeks” with “zero experience” in the fashion or retail industries go on to become the second fastest-growing retail company in the U.S. and a serious disruptor to the $24 billion annual lingerie industry long dominated by Victoria’s Secret?

That “team of geeks” would be the folks at Adore Me, the disruptive eCommerce lingerie startup founded by a Harvard Business School student in 2011 after he couldn’t find his girlfriend any affordable lingerie online for their anniversary. Since its founding, Adore Me has grown into a business that saw $43 million in sales in 2015 alone, 6.5 million users who visit its website, over 1 million Facebook followers and over $11.5 million in funding.

Sharon Klapka, Adore Me’s vice president of business and brand development, appeared at the eTail East conference in Boston on Monday (Aug. 15) to explain just how the company figured out “The Math Behind Lingerie Models.”

In her presentation, Klapka told the story of how Adore Me’s founder, Morgan Hermand-Waiche, came up with an idea that all women — no matter their size or shape — should have the opportunity to purchase quality lingerie at affordable prices.

After doing some research into the lingerie market, Hermand-Waiche realized that it was a $24 million industry but that Victoria’s Secret controlled about 40–60 percent of the entire market and there wasn’t very much viable competition to the products it was offering.

“Their quality is so-so, and their prices are very high for the quality they are selling,” Klapka said.

Plus, since Victoria’s Secret mainly seemed to cater to a particular look and size, Klapka said that Hermand-Waiche realized that the company was “really just abandoning a lot of women along the way.”

(In contrast, Adore Me likes to boast that it caters to and carries every size, from 30A to 46G.)

Thus, according to Klapka, Adore Me was born “with a mission to disrupt the lingerie industry.”

Adore Me was founded purely as an eCommerce site, where every collection was designed in-house under the principals of fast fashion so that a new collection (which can be as many as 50 new products) is designed each and every month. Klapka said the company’s bra-and-panty sets typically sell for $39.95, about half of what Victoria’s Secret typically sells its for.

“These core values … are really resonating with women in the U.S.,” Klapka said.

What Klapka also attributed as critical to Adore Me’s success was the fact that the company started with people from “pretty data-driven backgrounds,” as opposed to those from traditional fashion, lingerie or retail backgrounds (with the one exception, she noted, of hiring a former Victoria’s Secret designer to lead its design team).

Klapka herself had no traditional fashion experience before joining Adore Me. She instead came from management consulting, business development, high-tech and media. In fact, Klapka got her start doing research and business development for the Israeli equivalent of Saturday Night Live.

By using data and analytics, as opposed to traditional fashion industry norms and accepted best practices, Klapka said Adore Me’s team of data experts was soon able to figure out that the images of its models had a “huge impact” on sales.

By simply switching one model for another, Adore Me’s data team discovered that it could triple sales.

Another shocking discovery the data team made that upended traditionally held fashion beliefs is that blonde models did not sell. In fact, the company saw a 390 percent increase in sales simply by switching from a blonde model to a brunette.

“Blondes don’t sell,” Klapka said. “We’ve tested this many, many times over.”

Adore Me also saw early success thanks to adopting A/B testing to test the performance of its lingerie models. A/B testing allowed Adore Me to better analyze what traits or looks in a model its consumers preferred over others by offering them two choices, which allowed it to better heighten its marketing prowess and hone in on exactly what looks and features its consumers were most interested in.

“We were able, by A/B testing, to really predict how people were going to behave in a certain period of time when faced with a certain image,” Klapka said.

In one early example Klapka gave, Adore Me asked its Facebook users — by offering a coupon off their next purchase — to engage in a poll testing several corset styles nine months in advance of Valentine’s Day (which is the time it typically takes Adore Me to get a product from the design phase to ready-to-sell).

When Adore Me produced the most popular corset of the group and announced the product’s debut nine months later on Valentine’s Day by posting a picture of a lingerie model wearing it on Facebook, Klapka said the product sold out in 11 days. That crowdsourcing campaign and others like it also significantly grew Adore Me’s Facebook page followers and return website visits, she said.

“The most important lesson to us, which really can apply to anybody’s business, is you really shouldn’t listen to anybody that tells you they’re an expert and they can tell you exactly what you need,” Klapka said. “Go to your customers, ask them questions, measure the data. Act by that data.”