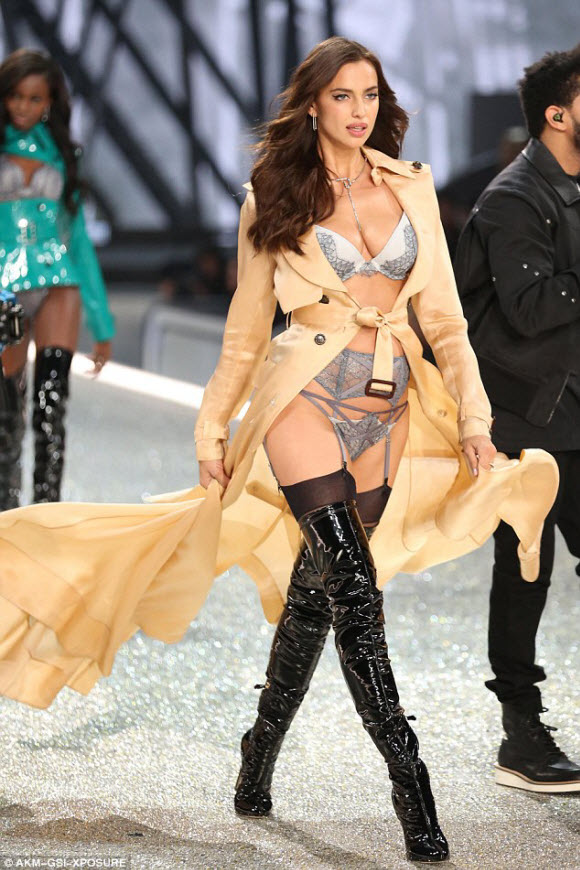 Irina Shayk greeted her Instagram following on Monday with a smoldering photo of herself modeling for the Italian lingerie brand Intimissimi.

She’s been the face of the company since 2007, and showed off her ample endowments in a lacy black bralette from the brand.

The 31-year-old, who’s reportedly expecting her first child by Bradley Cooper, had artfully draped an arm over her middle.

‘Obsessed with my new #bralette..,’ she’d wrote in her caption, adding: ‘Be beautiful, be comfortable,’ before tagging the brand and photographer Rowan Papier. 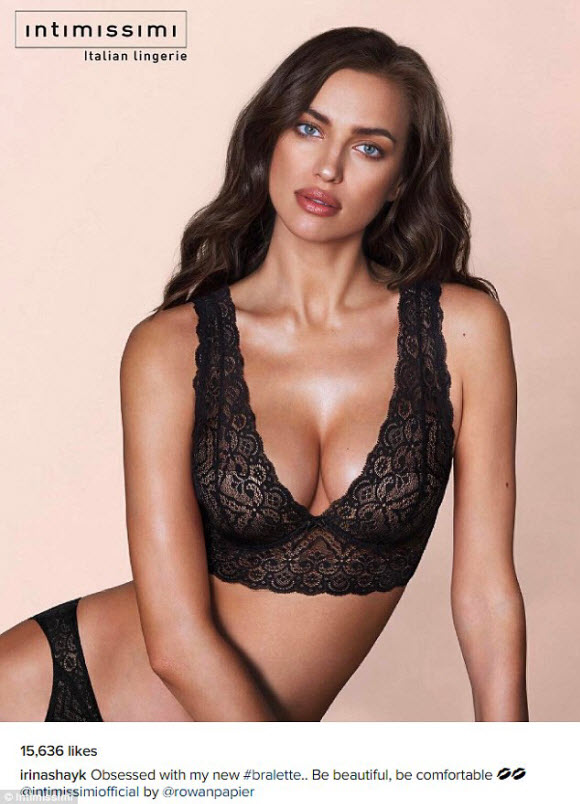 The Yemanzhelinsk native, born when her hometown was part of the Soviet Union, has been with her 42-year-old beau since early in 2015.

Neither Shayk nor Cooper’s confirmed the pregnancy, but a source gushed to E! News in January: ‘She can’t wait to be a mom and would like more kids after this.’ 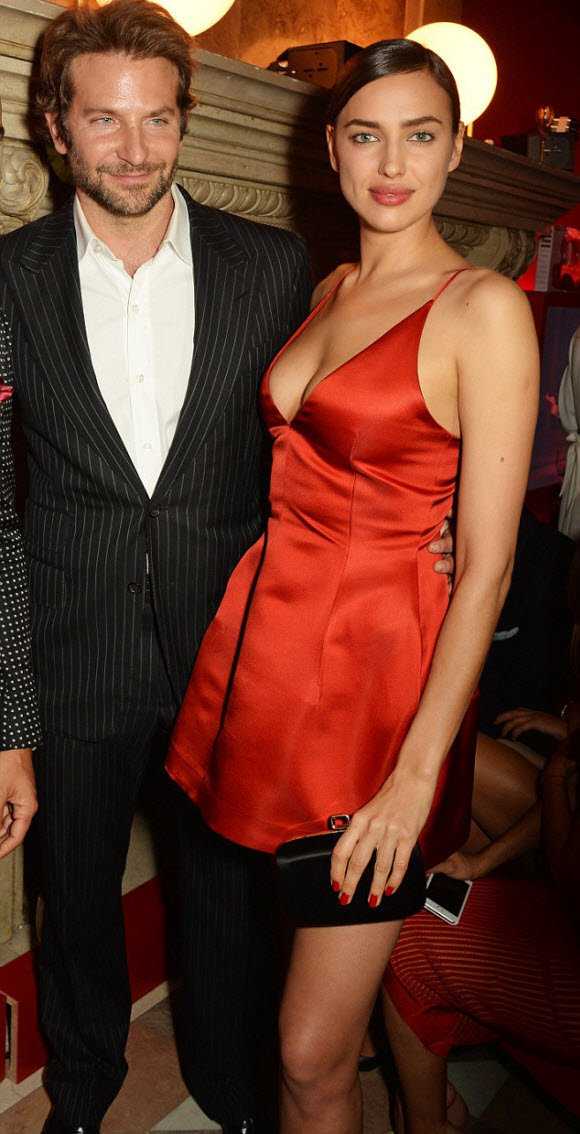 Meanwhile, ‘Bradley has been there for her and is loving seeing the baby grow inside her. They share those moments when the baby kicks and they can’t wait!’

Per the source: ‘Bradley been taking her to her doctor visits and is so excited every time they see the baby. She is very healthy and the baby is as well.’

She’d been spotted on Thursday playing down her burgeoning belly in a flowing black dress while out and about in the Pacific Palisades.