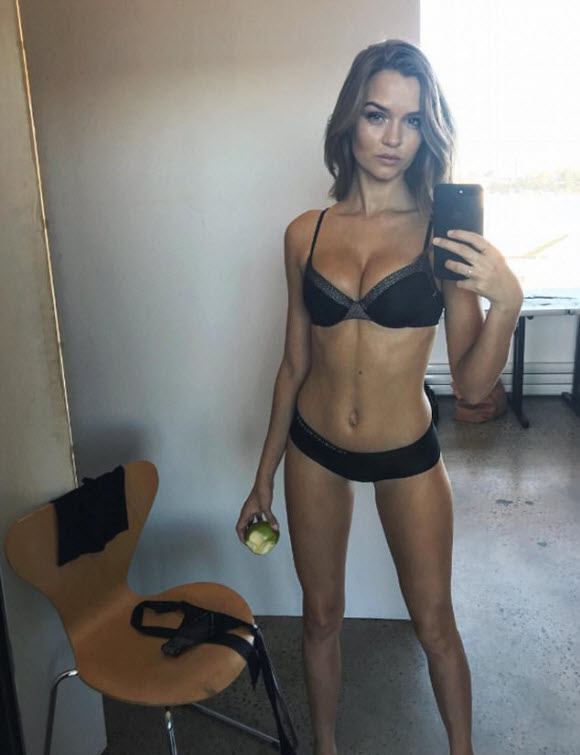 Victoria’s Secret angel Josephine Skriver put her perky assets on display while posing in only her underwear for Instagram on Friday.

She will be walking in this year’s Victoria’s Secret Fashion Show.

And Josephine Skriver put her perky assets on display while posing in only her underwear for Instagram on Friday.

The 24-year-old model gave a smoldering look as she snapped a quick photo while on set of a photo shoot.

In the photo Josephine can be seen in a black bra and matching underwear.

The leggy babe is seen holding tightly to a green apple and her iPhone. 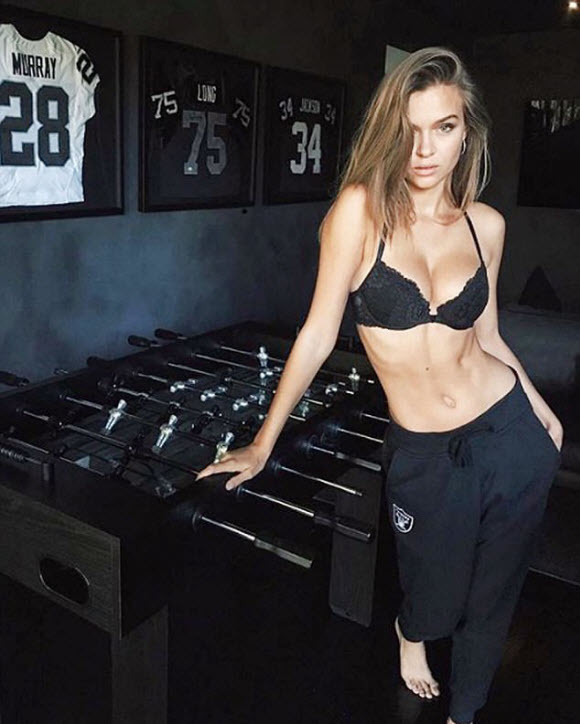 The Danish-born beauty has been recently posting multiple photos in her lingerie, perhaps preparing for the up-and-coming fashion show.

Josephine will be walking in the 2017 Victoria’s Secret Fashion Show, which is set to take place in Shanghai, China. 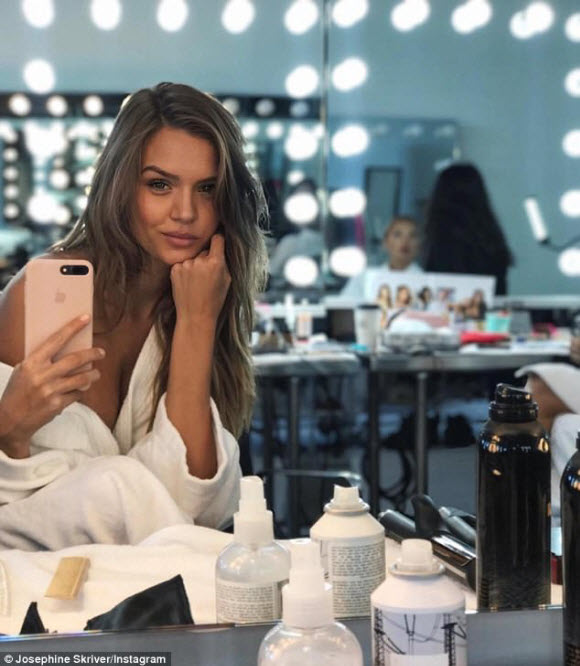 The show will be broadcast on CBS November 28, which is the first time the show will not be in December.