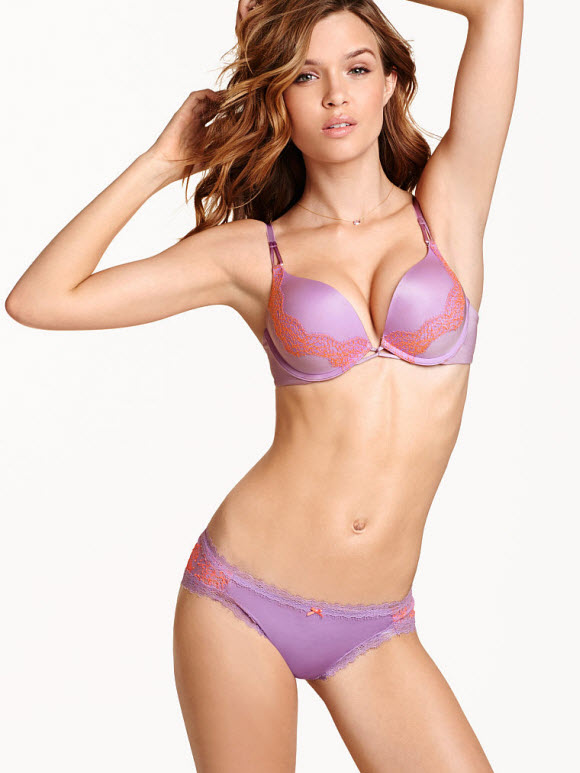 She is a Victoria’s Secret Angel and since making her modeling debut in 2011, she has walked in over 300 fashion shows, modeled for some of the world’s biggest fashion brands and been on the cover of and featured in magazines such as Vanity Fair, Elle, Vogue, Harper’s Bazaar, Marie Claire and more.

Skriver was born and raised in Copenhagen, Denmark. Her mother is an IT analyst and her father is a marine biologist. Her parents are both gay and Skriver and her younger brother, Oliver, were conceived through IVF.

At the age of 15, Skriver was discovered and approached about her modeling potential while on a trip to New York with her soccer team. Shortly thereafter, she was signed by Unique Models, an international modeling agency based in Copenhagen. She was consequently approached by other agencies outside of Denmark, but decided to wait to stay in school. After finishing school, she began pursuing a modeling career in 2011.

Skriver’s debut season was Fall/Winter 2011, during which she opened for Alberta Ferretti and closed for Prada. That season, she also walked for many other prominent designers, like Calvin Klein, rag and bone, Gucci, Dolce & Gabbana, Givenchy, Yves Saint Laurent, Valentino, Alexander McQueen, Balenciaga, DKNY and Christian Dior.

Skriver has appeared in catalogs for Victoria’s Secret and walked in the Victoria’s Secret Fashion Show every consecutive year since 2013. In February 2016, it was announced that Skriver was officially one of the brand’s contracted Angels.

Skriver has on numerous occasions spoken candidly about LGBT rights and openly disussed her own upbringing with both parents being members of the LGBT community.

In 2015, Skriver was made a celebrity ambassador for the Family Equality Council and its Outspoken Generation Program, which aims to raise awareness about LGBTQ families.

She has said that her ultimate goal is that her story will “not be that interesting soon, because that would mean that society has come to accept LGBT parents to be just as traditional and normal as any other way of having a family.”

Since 2013, Skriver has been in a relationship with American singer-songwriter and lead vocalist of The Cab, Alexander DeLeon. They modeled together in a fashion spread forElle Italia in July 2014.