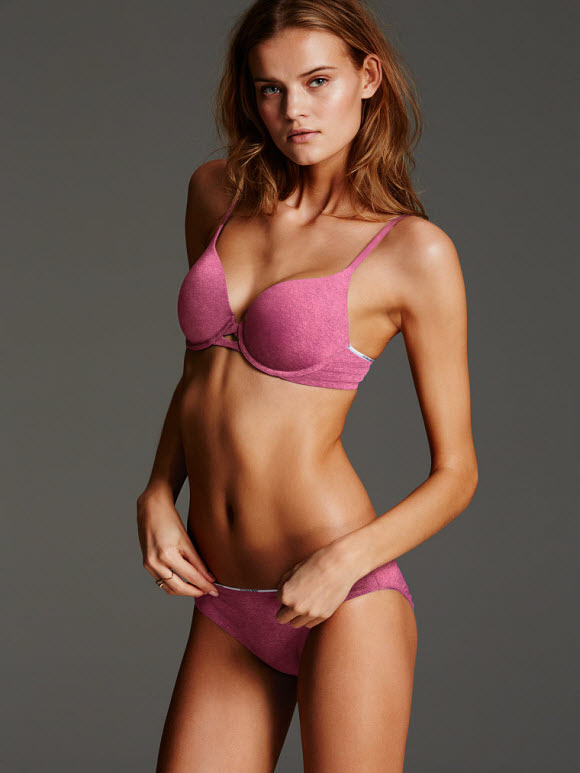 Yekaterina “Kate” Sergeyevna Grigorieva (Russian: Екатерина Сергеевна Григорьева; born 15 September 1989) is a Russian model. She was a Victoria’s Secret Angel from 2015 to 2016.

Born in Olenegorsk in 1989 to a military family, Grigorieva studied at the Murmansk State Technical University, majoring in marketing.

Grigorieva took part in Miss Russia 2010, but did not qualify. Two years later, she took part in Miss Russia 2012, where she represented Murmansk Oblast and placed among the top 10 finalists. Later in 2012, she applied for the fourth cycle of Top Model po-russki, the Russian adaptation of America’s Next Top Model, along with her sister Valentina, where she was runner-up to Yulia Farkhutdinova, with her sister placing third.She was soon signed to modeling agency ZMGROUP. After her appearance in Top Model po-russki, modeling agency The Lions displayed interest in signing her. This eventually led to Grigorieva’s stage debut at New York Fashion Week in 2014, opening for Donna Karan as a semi-exclsuive, as well as walking for Shiatzy Chen, Oscar de la Renta, Tory Burch and Ralph Lauren. She was chosen by top modeling site models.com as one of the top newcomers of the Fall/Winter 2014 season, and has since walked for Givenchy, Versace, Gucci, Dolce & Gabbana, Céline, Isabel Marant, Nina Ricci, Elie Saab, Roberto Cavalli, Alexander McQueen, Balmain, Giambattista Valli, Emanuel Ungaro, Moschino, Etro, Missoni, Emilio Pucci and others. She opened for the 2015 Spring/Summer collections of DSquared2 and Stella McCartney. She has shot ad campaigns for M Missoni, H&M, Moncler Gamme Rouge shot by Steven Meisel and Versace eyewear. She has appeared in catalogs for Victoria’s Secret, and has also been featured in editorials of numerous magazines including several national editions of Vogue, Contributor, i-D, Pop, and Numéro.

On 2 December 2014, Grigorieva made her debut at the Victoria’s Secret Fashion Show 2014 along with fellow Miss Russia contestant and model, Irina Sharipova. In April 2015, she was announced as one of ten new Victoria’s Secret Angels alongside Lais Ribeiro, Romee Strijd, Monika Jagaciak, Jasmine Tookes, Martha Hunt, Sara Sampaio, Stella Maxwell, Taylor Marie Hill and Elsa Hosk.  In July 2015, she appeared in the Victoria’s Secret TV commercial Body by Victoria.

On 9 August 2015, Grigorieva married her boyfriend Alexander in Saint Petersburg. In 2016, it was announced Alexander had filed for divorce from Grigorieva.