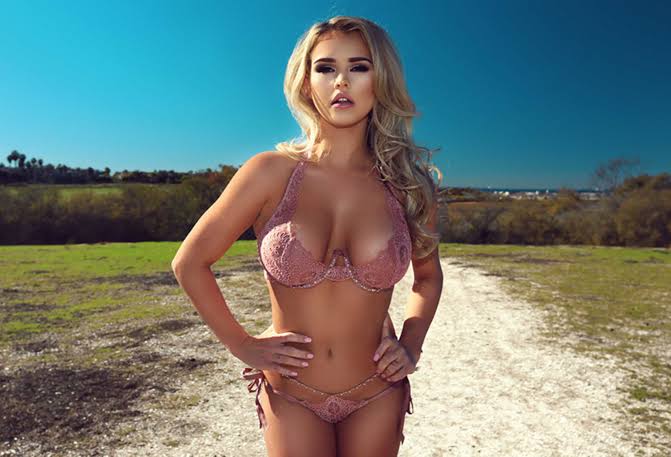 American model Kinsey Wolanski , who is best known as the Champions League streaker, recently took to her Instagram page and stunned her 3.3 million fans with a hot bikini picture.

In the snap, Kinsey could be seen rocking a barely-there printed bikini that allowed her to show off her cleavage. That’s not all, but the model’s bikini bottoms also enabled her to flaunt her well-toned thighs and lean legs.

The stunner opted for an almost makeup-free look and only wore some mascara to accentuate her eyelashes. She, however, painted her perfectly-manicured nails with white nail polish to keep it chic.

The model also decided not to wear any jewelry or accessories, except for two rings, so as not to take the attention away from her skimpy bikini.

She wore her slightly-damp tresses down as she sat on the beach against the beautiful backdrop of some trees while she looked straight into the camera to strike a pose.

According to the geotag, the model has been currently vacationing in the Maldives . However, she did not mention the exact location or the name of the beach in her post.

In the caption, Kinsey wrote that she is feeling grateful for her friends, family as well as all of her fans. She also used a heart emoji and a hashtag with the word “blessed” to complete the post. 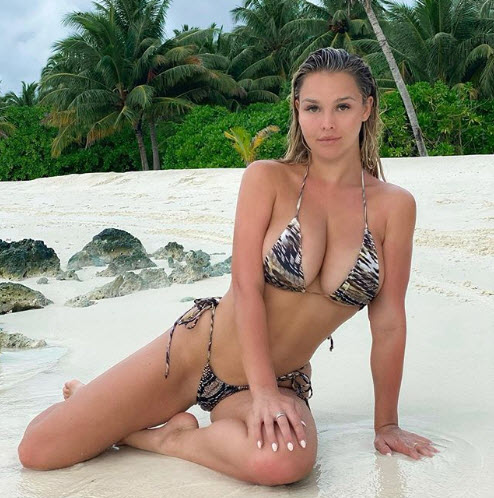 Within 10 hours of going live, the snap has garnered 287,000 likes and about 1,200 comments which shows that the model is quite popular on Instagram and whenever she shares her racy snaps on her timeline, they always tend to gain significant traction within a short period of time.

“You’re the most beautiful woman on the planet. Don’t fret and the right man, who truly gives you his cent percent, will sweep you off your feet!” one of her fans wrote on the pic.

“Even without makeup, you’re a Goddess . Such a natural beauty!” another one chimed in.