Indie lingerie brands are flourishing in the GTA and across the country, circumventing older paths to the catwalk and rerouting to crowd-sourced fundraising, social media and direct producer-to-consumer sales.

A new bra line from Knix Wear — a three-year-old, Toronto-based lingerie startup — captured the hearts and wallets of more than 13,500 online funders through Kickstarter, whipping up $1.6 million in 40 days last fall.

Knix Wear’s Evolution bra garnered more than 70,000 orders in the first four days of the campaign. It has shipments destined for 35 countries, from Ethiopia to Malaysia. Now, it’s sold more than $1.5 million in pre-ordered bras and claims to be on pace to become the most successful crowd-funded campaign in Canadian fashion history.

“The idea is that it evolves with the active woman throughout her day,” said founder and CEO Joanna Griffiths. “Still, the universal appeal of the product has been surprising for us.”

The wireless Evolution bra touts itself as a hybrid undergarment that adapts from the office to the gym, “from the train to the trail.” Versatile and form-fitting, the lingerie top comes off as a chic pseudo-sports bra, with adjustable straps and sizes ranging from 32A to 42F.

Launched in September, the Kickstarter campaign sought just $30,000 to start production in China. Knix Wear’s lingerie already sits on shelves at Hudson’s Bay and Bare Necessities, and arrives on doorsteps via Bloomingdales.com. 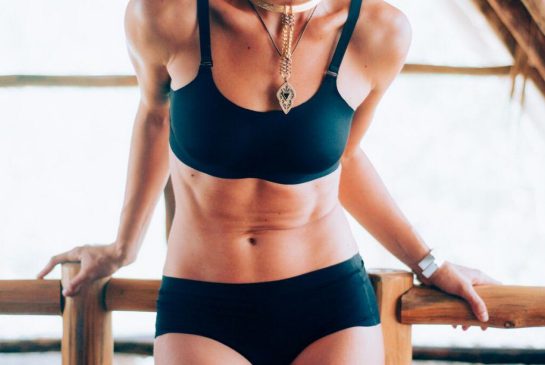 The trend is part of a reaction to the “glamazon” aesthetic promoted by brands like Victoria’s Secret and La Senza — both owned by L Brand Inc. — “where lingerie just gets reduced to looking slimmer or pushing your breasts up.”

Leading the lingerie backlash are agile indie upstarts, many in Canada, that can sidestep the old, slow road to fashion stardom amidst new business networks nourished online.

Now producers with little startup capital can skip over those channels and connect with customers directly through fundraising campaigns on Kickstarter or Indiegogo, as well as social media, “in a way that just would not have been possible five or seven years ago.

“Instagram and other social media platforms encourage this uptick in indie brands, and not just give them a chance to launch, but to really advertise,” said Harrington.

That more grass-roots marketing approach is feeding an intimate paradigm shift — or at least a realignment: “How women feel about lingerie is changing . . . It’s acceptable not to have a lot of cleavage, there’s less pressure for heavy padding.” 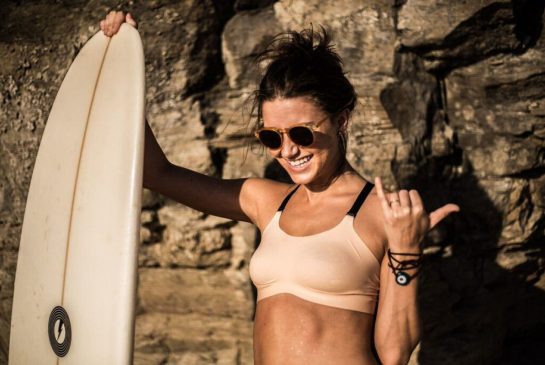 With more than 1,100 stores plus online purchases, the company raked in more than $7.2 billion (U.S.) in net sales worldwide in 2014. That amounted to a $1.2-billion profit and 6 per cent sales growth.

“They’re not being very responsive to the trends – but they’re still making profits basically every quarter,” Harrington said.

A range of indie startups — from the Prairies to la belle province — wants your business, intimately.

A four-year-old company out of Sokoloff Lingerie

Montreal, Sokoloff Lingerie offers intimates aimed at a market fed up with the two apparent extremes on offer: “a pin-up product for teenagers, really cheap and made in China . . . and the big brands from Europe that are really expensive,” says founder Sofia Sokoloff.

Her brand, which custom-makes its (under)wares exclusively in Quebec, is stocked on shelves from Simons to Nordstrom. Online sales launched in January and have already matched in-store purchases, even though more than 90 per cent are within Canada. 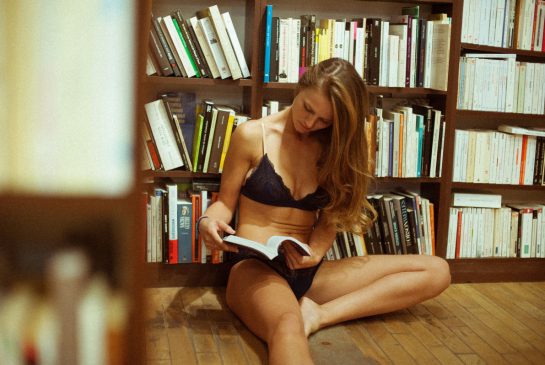 Sarah Norwood launched Ohhh Lulu in 2010, and continues to cut, sew and package every piece of lingerie herself, customizing them to her clients’ specifications and posting samples on Etsy.

“I stumbled upon lingerie because there was a real lack of diversity in the market. I wanted unstructured lingerie in bold prints and unexpected fabrics. Living in a small town, that was virtually impossible to find,” says the resident of Orillia, Ont.

“I’m petite with a very small band and larger bust. I never fit into anything at Victoria’s Secret or La Senza, which was always very frustrating for me. I wanted to offer an affordable alternative for people who don’t quite fit into sample sizing,” Norwood adds. 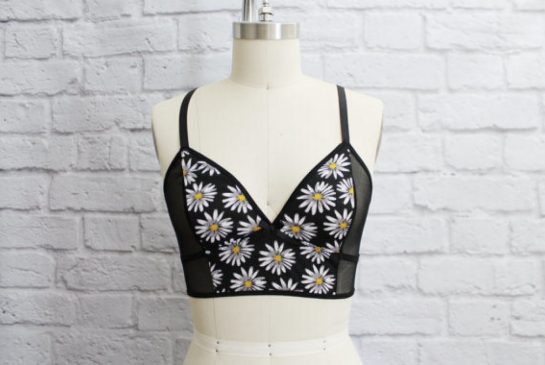 The startup has 2,500 Instagram followers with hundreds of hand-sewn garments under its garter belt, though operations have been on hold for the last few months.