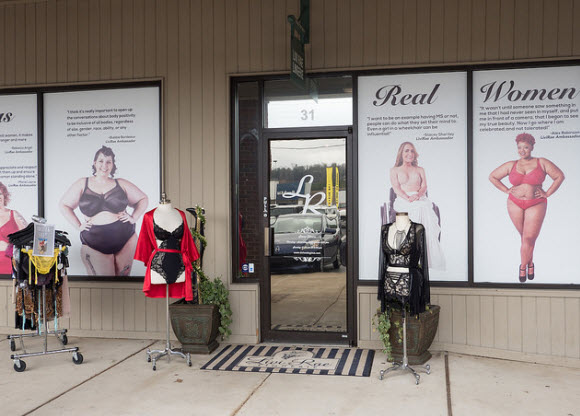 A lingerie store told to remove a window display featuring models of different sizes, colors, and abilities is being celebrated for its refusal to back down.

Livi Rae Lingerie in Kennesaw, Ga., is famous for its diverse selection of merchandise, which fits women with various body types, including those recovering from mastectomies or who have prosthetics or other disabilities. Owners Molly Hopkins and Cynthia Decker even star on the Lifetime reality television show Double Divas, which follows the duo’s attempt to revolutionize the intimate apparel industry with their tagline, “No bust too big or small, we fit ’em all.” 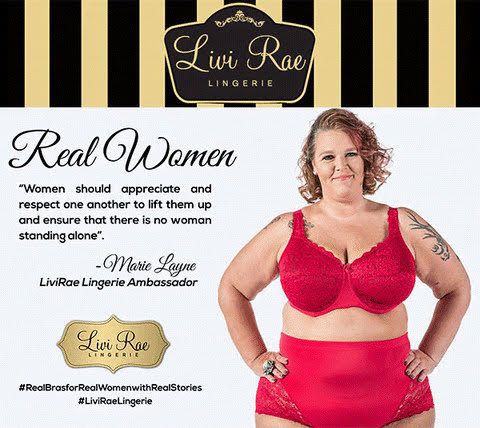 So this past Valentine’s Day, the owners launched an in-store ad campaign featuring models Tisa Edge, a woman of color; Stacey Shortley, who is in a wheelchair, and Marie Layne and Bubble Bordeaux, both of whom are plus-sized. “We wanted to show people that they didn’t have to have perfect skin, bone structure, or bodies to feel beautiful,” Decker tells Yahoo Style.

A spokesperson at Westwood Financial, the Los Angeles-based property manager of Livi Rae Lingerie, tells Yahoo Style that the matter is under “investigation,” but Decker insists, “We’ve never had to clear an ad with the management property in the past. We were told the ad is in ‘poor taste,’ but no one has explained what that means.”

Meanwhile, Twitter has erupted with support for the lingerie shop, and the hashtag #NoShameLiviRae has taken off. 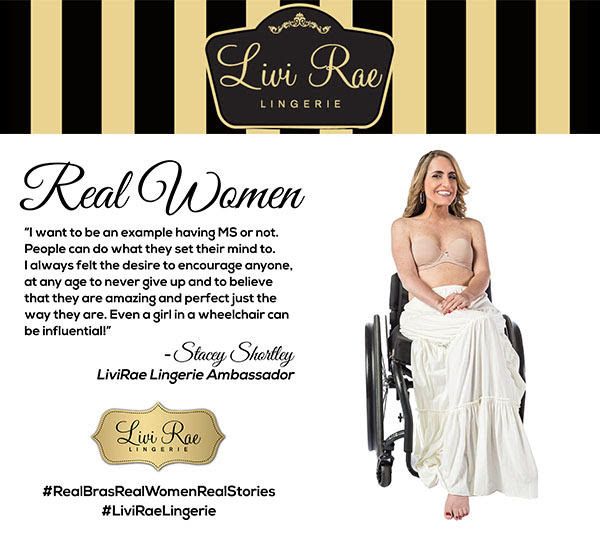 Lack of diversity is an ongoing issue in the fashion industry. According to a 2016 spring diversity report by The Fashion Spot, of the 422 models featured in 236 campaigns included in the study, only 21.8 percent were women of color, and 1.6 percent of the women were plus-sized.

However, the intimate apparel industry seems committed to broadening its beauty standards. In November, British clothing company Curvy Kate Lingerie released the Scantilly collection as part of its #TheNewSexy campaign, and it starred models who were transgender, in a wheelchair, suffering from alopecia (an autoimmune disease that leads to baldness), and who had a double mastectomy. In January 2016, Aerie — American Eagle’s lingerie line — hired a curvy 19-year-old model in a promise to feature “real” women with “real bodies” and no airbrushing. And Ashley Graham, the first plus-size model to appear on the covers of American Vogue and the Sports Illustrated swimsuit issue, launched a lingerie line for the Canadian brand Addition Elle back in October.

As for Livi Rae, the advertisements are still on display — for good. “No, we’re not taking the ads down,” says Decker. “Our message of diversity and acceptance is much too important.”