Made in Africa: Lingerie Label Ready to Change Perception of Products Coming From the Continent 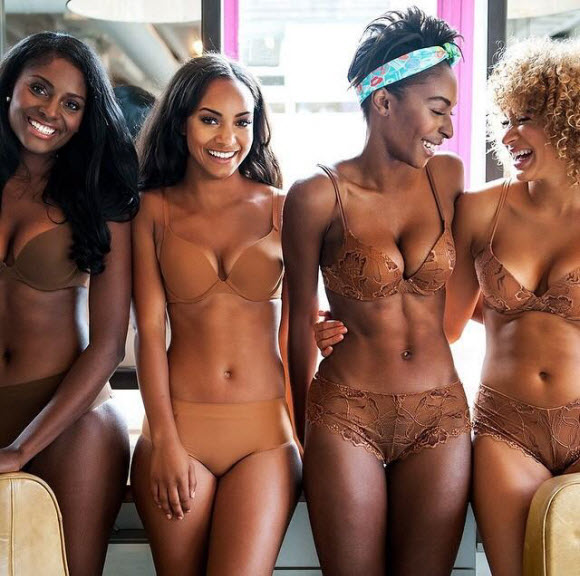 Nubian Skin made waves when it launched two years ago in the U.K. as an alternative for Black women’s nude underwear.

Founder Ade Hassan created the lingerie line when she became frustrated with being unable to find underwear that matched her skin tone. Now, the brand is beginning a new line dedicated to celebrating the motherland.

The Africa Collection is Nubian Skin’s new venture ‘made in Africa’. A term that the company hopes will conjure positive thoughts for products that are produced on the vast continent.

Comprised of lingerie and sleepwear options, pieces range in price from $40-$80. Bras range in size from 30B to 38I while underwear goes from XS to XXL.

“We are moving past the idea that producing in Africa meaning charity. This is a celebration of the excellence present throughout Africa in this case in the design and technical expertise to produce a luxury collection lovingly made in Morocco,” said the company in a press release available on the website.

Nubian Skin knows Africa is not a homogenous continent. Because of that, the brand looked to meld Saharan and sub-Saharan Africa with modern, traditional and avant-garde elements.

The midnight colored sleep set and underwear along with the black undergarments capture the natural elements of a Moroccan night.

Upon Nubian Skin’s U.S. debut, Hassan spoke to Atlanta Black Star about what moved her to create the UK-based brand.

“It was frustrating for me not to be able to find hosiery of the right color, or a nude brassiere because so many women’s shirts are sheer and light-weight,” she recalled. “When I walked in the shops and asked for nude, I was given something that just didn’t work.”

The brand expanded to the United States after Hassan struck a deal with Nordstrom to carry it in stores and online in 2015.

The Moroccan Nights collection is available for pre-order today. Orders are due to ship in October.