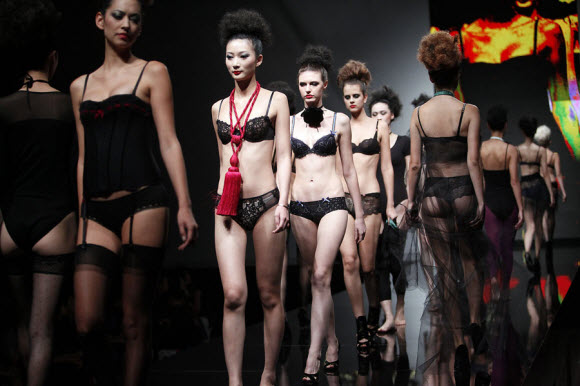 A fresh take on one lingerie staple could give the sales-suffering apparel industry the lift it’s been looking for after years without a major fashion trend.

The bralette, a lightweight feminine take on the bra that combines the comfortable underpinnings of a sport bra with the more embellished elements of a fashion bra, is fast becoming a must-have item in young women’s wardrobes.

Born out of the seemingly unstoppable “athleisure” trend, which hinges on the fusion of comfort and style, the bralette arrived on the scene about five years ago, according to Jo Lynch, lingerie editor at WGSN trend forecasting firm.

Lynch said bralettes were first spotted at young fashion labels, which didn’t have the technical know-how or capabilities to make more constructed shapes. However, as women grew more accustomed to seeing bralettes (and learned how to wear them), they’re now becoming more mainstream.

For retailers, the benefits of the bralette’s burgeoning popularity are twofold. For one, the rise of a new fashion item — one that few women already have in their closets — could help generate a much-needed desire for apparel. For another, because the item is typically worn as one element of a layered look, it’s likely to encourage additional clothing purchases.

Vincent Quan, an associate professor at the Fashion Institute of Technology, said bralettes are a natural fit to pair with popular off-the-shoulder looks, which help show off their lace or other details. Another way to style the piece is by wearing a colorful bralette under a sheer top, to show a pop of color.

Because the bralette offers little support, Lynch said the trend is better suited to a younger woman. She said it’s popular among girls buying their first bra and young women in their 20s, meaning it’s most likely to generate revenues at stores such as Nasty Gal, Asos, Urban Outfitters, Topshop and American Eagle’s “Aerie” lingerie label.

Guggenheim Securities analyst Howard Tubin recently noted that Victoria’s Secret‘s younger Pink line has also expanded its bralette offerings to include more fashionable takes on the item. The bralette is also for sale at low-price retailers including Target, and department stores such as Nordstrom.

According to Sara Gaspar, associate analyst at WGSN’s Instock, the number of new bralettes arriving in the U.S. online market during the first quarter was 157 percent higher than in the previous year. That means they accounted for 6 percent of the new lingerie/intimates assortment online, compared with 3 percent the previous year.

“Bralettes — a must-have item for spring, based on our field work — continue to gain traction in the teen market,” Tubin recently told investors.

They’re also translating into sales. On a call with analysts following its fourth-quarter earnings report, American Eagle called out the bralette as one of the contributors to its 4 percent comparable-sales growth, saying the item drove “incremental business.”

Jennifer Foyle, president of American Eagle’s Aerie, told CNBC that the brand has been focusing more heavily on bralettes over the past three years. In that time, the assortment has evolved from just one silhouette, the lace bandeau, to more than 10.

“Our girl likes to show off her bralette, and it is becoming a staple in her wardrobe to complete her outfit,” Foyle said. She added that the style has spurred sales of additional items.

“We design some tees and tanks with open backs, low-cut arm holes and deep V-necks specifically to show off the bralettes underneath,” she said.

Aerie will launch a new padded bandeau this month, and will continue to introduce new styles, colors and silhouettes, Foyle said.

The apparel industry desperately needs a new trend to take hold. Though sales at clothing and accessories stores rose 3.2 percent during the first two months of 2016, they’ve struggled over the past few years due to excessive promotions, the growth of low-price competitors including H&M and Primark, and price transparency online.

Analysts, however, have been somewhat optimistic about spring apparel sales. That’s in part because there are fewer must-have tech gadgets stealing a share of consumers’ wallets, and because an early start to spring could unleash pent-up demand.

“As we are entering the heart of the spring selling season, we believe that sales trends, in general, have experienced a modest uptick,” Tubin said. “We are encouraged by what we have seen and heard during our recent mall visits and believe trends are improving.”